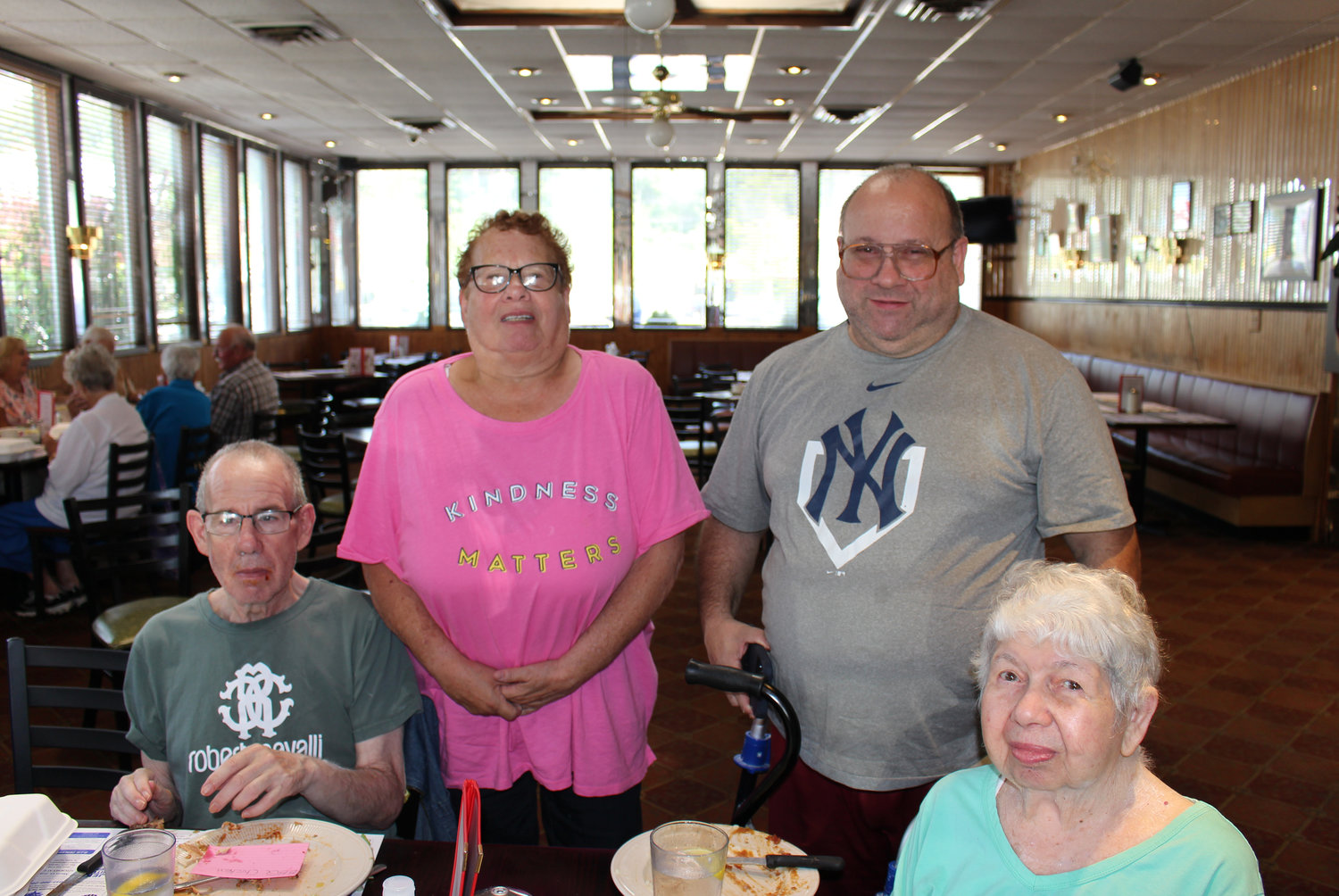 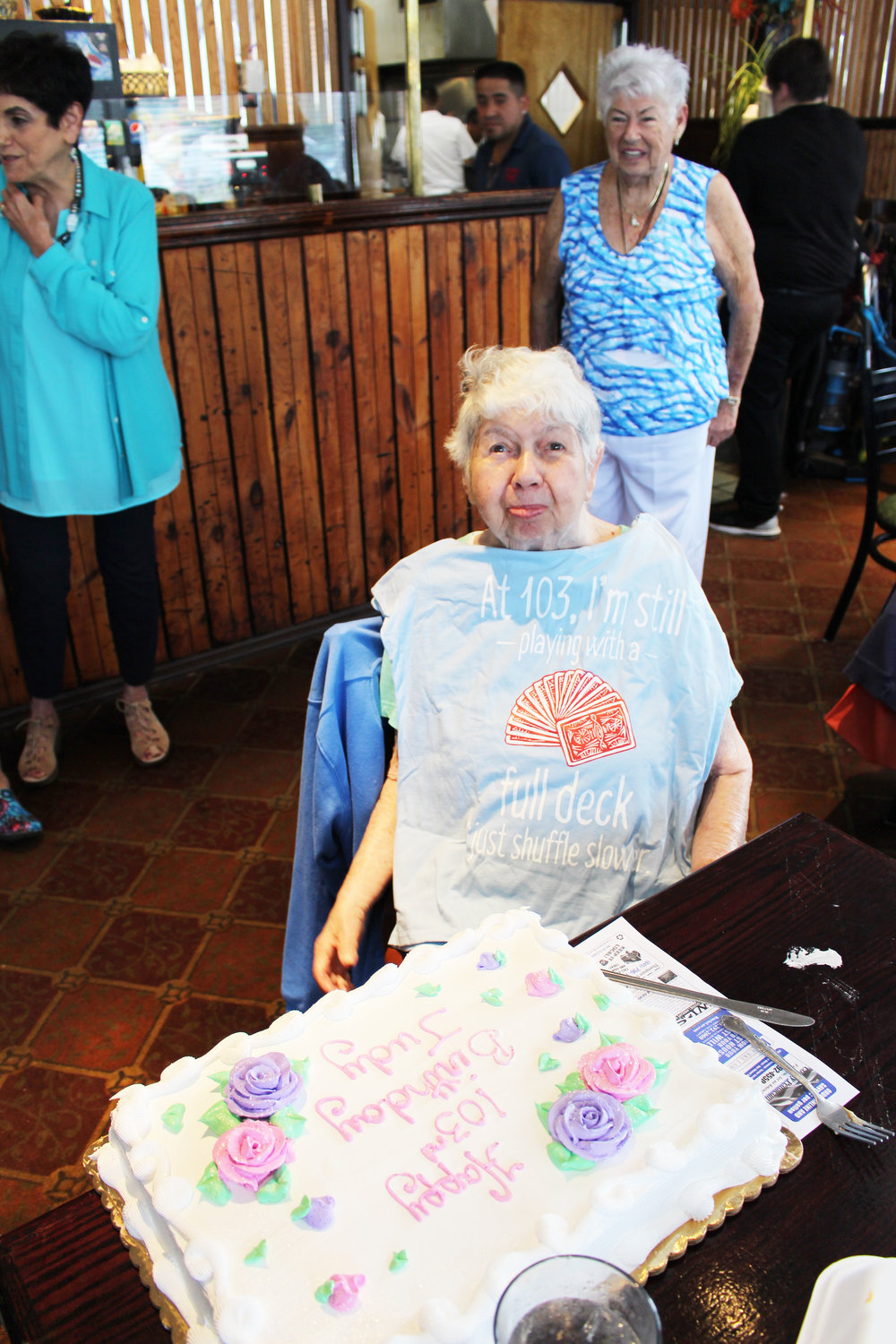 Kogon posed with her birthday cake and a new shirt that read, “At 103, I’m still playing with a full deck. I just shuffle slower.”
lilly Parnell | Democrat
Previous Next
Posted Friday, July 30, 2021 7:00 am
By Lilly Parnell

Kogon, originally from Brooklyn, moved to the Catskills in 1979 after decades of vacationing in the beautiful landscape. She now resides in Loch Sheldrake with her son Stewart Kogon. Her other two children, Susan and Marc, were happy to be able to celebrate with her as well.

“God bless her,” said Stewart. “I’m just so happy she’s with us still. She is so bright and resilient.”

The centenarian is a founding member of the Loch Sheldrake Senior Club and also belongs to the club in South Fallsburg. She is very active in both, spending her days playing bingo and cards. Kogon was praised during her birthday party for her expertise in games like rummy and canasta.

Her friends from both clubs even bought a t-shirt for her with a deck of cards sprawled across the front along with the words “At 103, I’m still playing with a full deck. I just shuffle slower.”

Kogon is participating in a study that is attempting to find the secret centenarians have for longevity. Although Kogon has faced a lot of adversity in her life, living this long is simple.

“Don’t cry over spilled milk,” she said. “Try not to have too much stress. If it happened, it happened, it’s not worth stressing out over. Just forget about it and move on."