In recognition of International Women’s Day (IWD), the Democrat sat down with the Head Farmer at New Hope Community’s Hope Farm, Megan Greene, who shared her experiences in the … 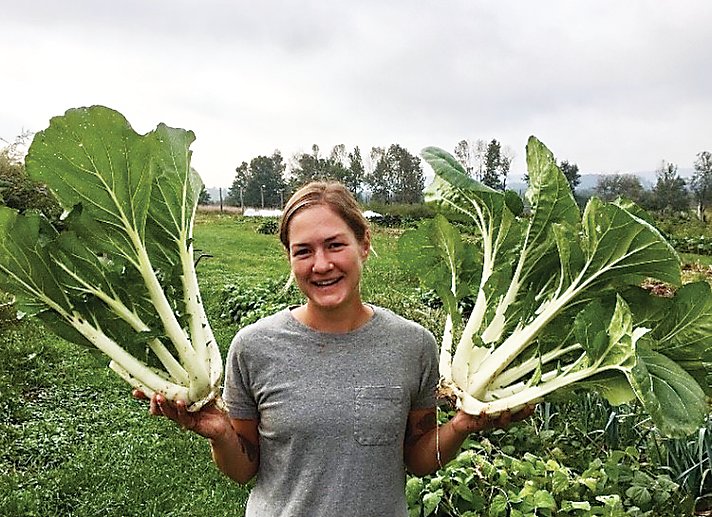 In recognition of International Women’s Day (IWD), the Democrat sat down with the Head Farmer at New Hope Community’s Hope Farm, Megan Greene, who shared her experiences in the agricultural field as a woman striving to plot out a positive difference in her community, as well as her appreciation for IWD and all that it represents in the progress of women everywhere.

“I got into farming about five years ago. I started by volunteering abroad in Portugal on an organic farm. Then I kinda got hooked after that, and ended up going to Graduate school outside of Pittsburgh at Chatham University for a Master’s Degree in Food Studies,” Green said.

After earning her degree and leaving Pittsburgh, Green returned to the Hudson Valley with knowledge, experience and the drive to serve her hometown community.

For the past two years, she has utilized her skills and knowledge as the Head Farmer at New Hope Community’s Hope Farm.

According to Greene, New Hope is a non-profit organization that supports individuals with intellectual and developmental disabilities including via providing day programs for these individuals.

"We also do a lot of work with our day programs here at New Hope Community,” Greene said. “[They are] some of our most dedicated volunteers who come to the greenhouse and the farm, and love to help out with whatever we’re doing. They are a huge part of the farm operation,” Greene said.

Greene spends her time out in the gardens and greenhouses alongside members of the New Hope community, and guides them with her expertise in the field.

The eighth of March marks International Women’s Day, a day which commemorates the cultural, political, and socioeconomic achievements of women around the globe, and marks a call to action for accelerating women’s equality.

IWD is important to Greene, especially as a woman blazing a trail in a historically male-dominated career field.

“Women have definitely always been involved in agriculture,” Greene said.

“It’s [IWD] recognizing all of the buried work that women do and realizing we’ve always been doing this, it’s just that we haven’t always gotten the credit for it,” Greene notes of the importance of IWD.

“Something I really love about being in a position that’s not typically held by women is that we get to do programs with local schools and be able to be an example for the kids,” Greene said.

“It shows them that women are not only capable of doing any type of job they’re interested in but also that this is an option for them.”

In her past, the first farm that Greene interned on outside of Pittsburgh was owned and operated by women, which partially inspired Greene in her chosen career.

“That was really great for me to see and to learn from her and understand the challenges that come along with being a woman in farming,” Greene said.

“There are so many female farmers out there that I follow on Instagram that I really enjoy following to see them doing work, and [have] people to look up to, aspire to, and relate to,” Greene said.

Today, Greene works alongside a mostly female team at New Hope Community’s Hope Farm who work to inspire, lead, and support a community each and every day in the gardens and greenhouses.

To learn more about Hope Farm, check out their website at newhopecommunity.org.