PARKSVILLE — Ghosts, superheroes and all kinds of costumed characters turned out on Main Street in Parksville on Sunday for the hamlet’s First Annual Halloween Parade. 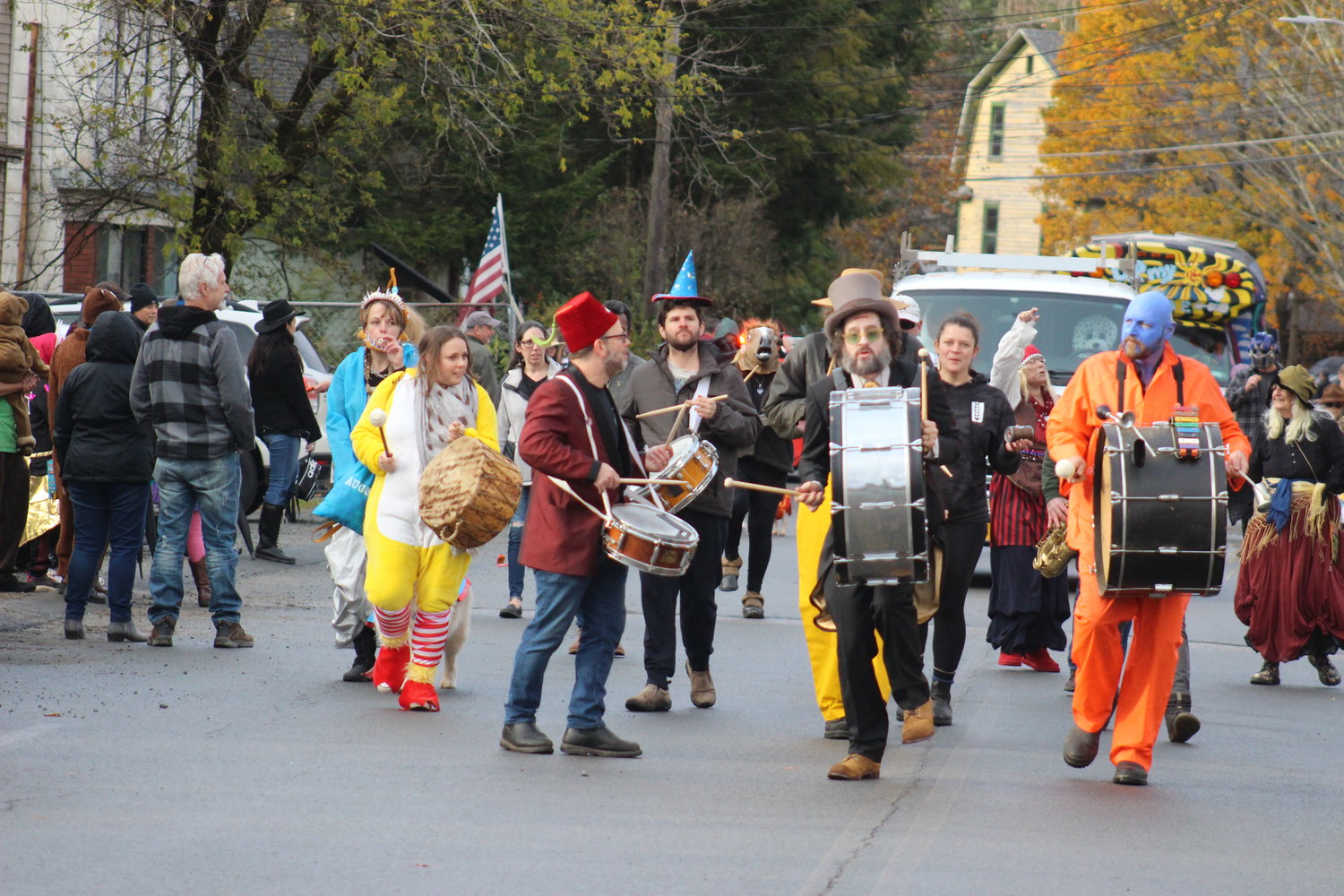 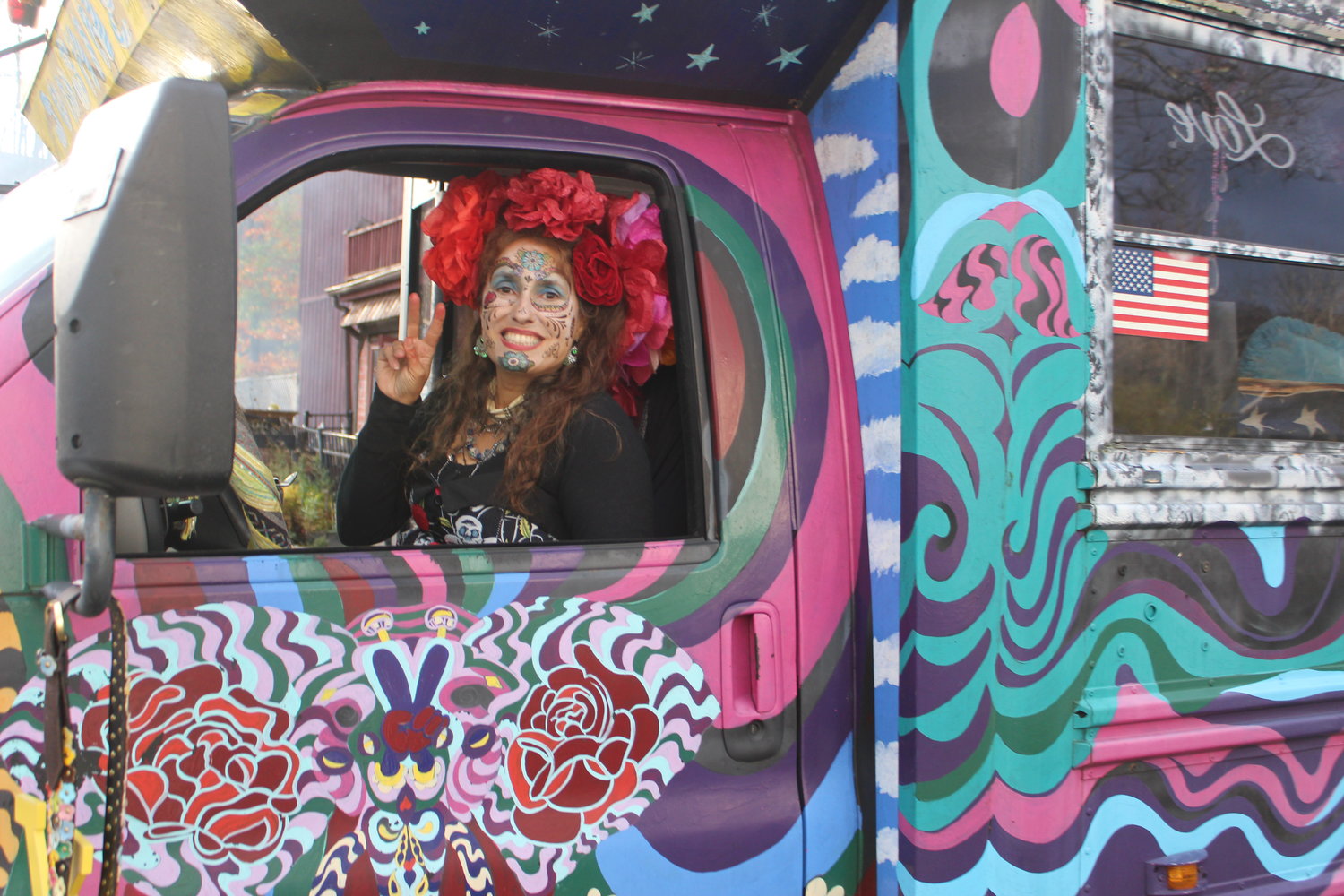 Debbie Fisher Palmarini participated in the parade behind the wheel of her Sunshine Bus.
Matt Shortall | Democrat 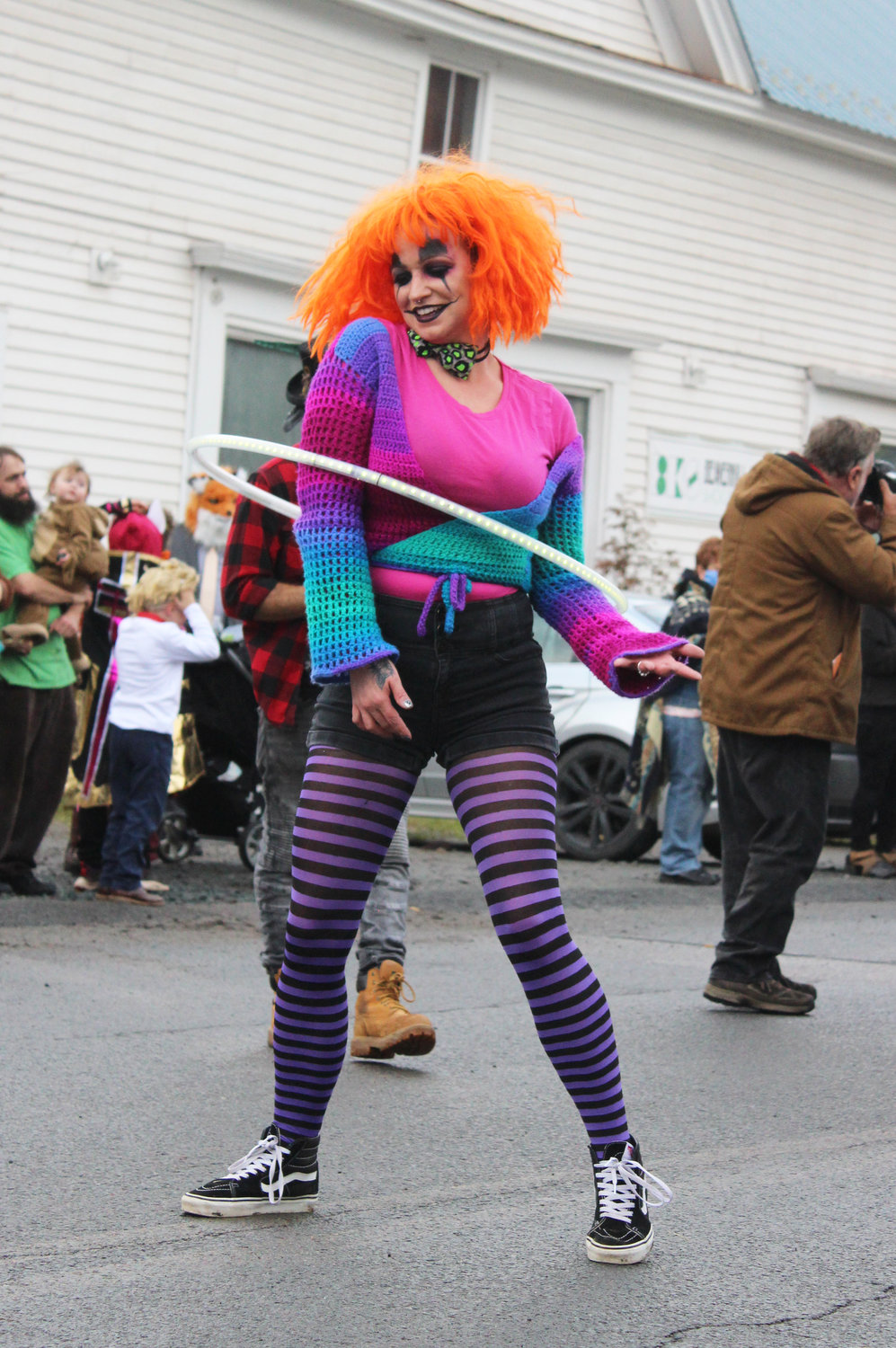 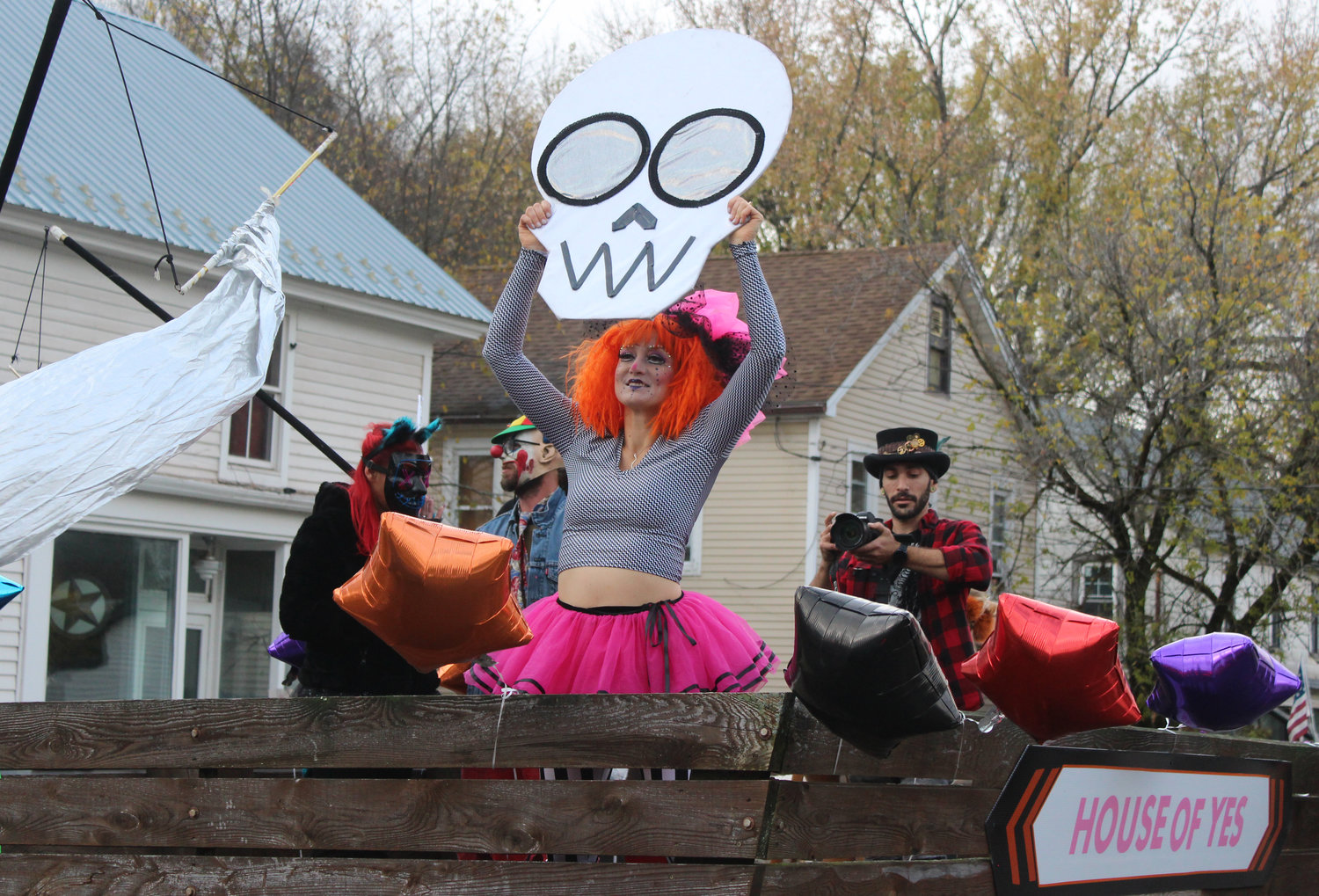 The House of Yes added lots of color and talent during the first annual Halloween Parade in Parksville.
Matt Shortall | Democrat
Previous Next
Posted Tuesday, November 2, 2021 4:33 am
By Matt Shortall

PARKSVILLE — Ghosts, superheroes and all kinds of costumed characters turned out on Main Street in Parksville on Sunday for the hamlet’s First Annual Halloween Parade.

Organized by the Parksville Priorities Committee with cooperation from the Town of Liberty, the Parade began at the former Dead End Café on Main Street in Parksville and ended at Cabernet Frank’s.

Starring in the parade were the dancers and entertainers from The House of Yes. Based out of Brooklyn, House of Yes describes themselves as a collective of creatives, performers and innovators who live to support artistic expression, performance, nightlife and community.

Those who decorated floats and participated in the parade also included the Arrowhead Ranch starring the Johnny Jules Band, Todd Perlmutter of the new Parksville Arts Center, and Debbie Fisher’s Sunshine Bus, among many others.

Catskill Animal Rescue and Sullivan Renaissance also participated in their vans with costumed drivers.
Harriet Dorfman of the Parksville Priorities Committee said she came up with the idea around four years ago, but there wasn’t enough interest at that time to organize something.

“Since we have a lot of new blood in Parksville, I went to them and asked if they wanted to be part of something. No one turned me down,” Dorfman said. “It was really a matter of the right place, the right time and the right people.”

Dorfman said the idea was to organize a fun event for families while at the same time breathing a bit more life into Parksville’s Main Street.

“All the properties in [Parksville] are turning over and we hope that the new blood that’s coming in will make it fabulous,” Dorfman said.

Town of Liberty Supervisor Frank DeMayo said he was blown away by the turnout.

“Harriet Dorfman did an unbelievable job in recruiting all these people and talent to come,” DeMayo said. “I never expected this kind of turnout, but the people of Liberty surprise me more and more. This place is going to move forward.”