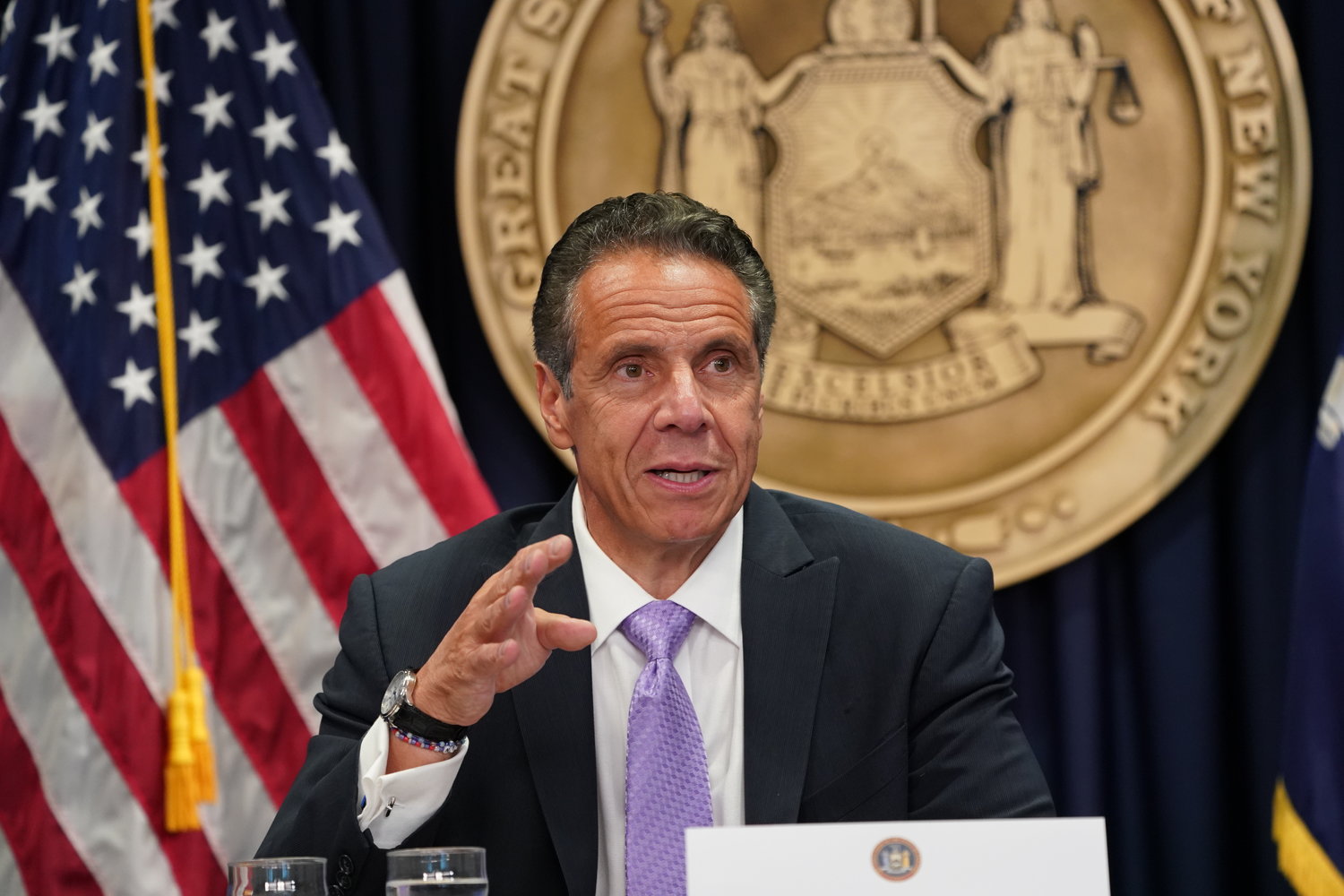 A press release from the AG’s office summarizing the report said, “After nearly five months, the investigators concluded that Governor Cuomo did sexually harass multiple women — including former and current state employees — by engaging in unwanted groping, kissing, and hugging, and making inappropriate comments.
“Further, the governor and his senior staff took actions to retaliate against at least one former employee for coming forward with her story,” the press release continued. “Finally, the Executive Chamber fostered a ‘toxic’ workplace that enabled ‘harassment to occur and created a hostile work environment.’ The investigators find that Governor Cuomo’s actions and those of the Executive Chamber violated multiple state and federal laws, as well as the Executive Chamber's own written policies.”

The investigation was conducted after, on March 1, 2021, the Executive Chamber made a referral, pursuant to New York Executive Law Section 63(8), for Attorney General James to select independent lawyers to investigate “allegations of and circumstances surrounding sexual harassment claims made against the governor.”

Kim and Clark were chosen to lead the investigation on March 8, 2021.

The report said that over the course of the investigation, the investigators interviewed 179 individuals, and reviewed over 74,000 pieces of evidence.

You can read the entire press release on the report here.

“As I called for months ago, the Governor must resign,” said Gunther. “The details of these allegations are horrifying. The Attorney General’s conclusion that the Governor violated state and federal laws is unambiguous. If he does not resign by the end of the day, the Assembly must reconvene in special session immediately to begin impeachment proceedings.”

Gunther told the Democrat earlier today that, “I hope anybody that serves in public office or in any position of power, will realize that this kind of behavior is just not tolerated in any part of society.”

Martucci in a statement reacting to the report said, “The disturbing evidence of sexual harassment detailed by the Attorney General and her investigators at today’s press conference confirms what I already believed to be true – Andrew Cuomo is utterly unfit to continue to serve as Governor of our great State. If he has any shame he ought to resign immediately. If he refuses to do so, the State Assembly must finally do its job and impeach him.

“Make no mistake, the Governor’s conduct broke Federal and State laws. He even sexually harassed a State Trooper assigned to his protection detail,” Martucci continued. “This is someone who would have taken a bullet to protect him. Members of the Legislature were elected to uphold the laws and Constitution of our State. Failure to remove Andrew Cuomo would be a dereliction of that duty and I don't intend to shirk mine.”
Martucci thanked the Attorney General and special investigators, and also recognized the “courage and bravery” of the women who spoke out.

“Justice demands that we honor their bravery by ensuring that justice is done on Governor Cuomo,” he said. “Our state must finally turn the page on his corrosive and corrupt leadership. The time is now."