As Thanksgiving approached in November of 1935, Sullivan County authorities and those from New York City, were busy investigating the murder of a man found buried in a gloomy Hurleyville barn, and … 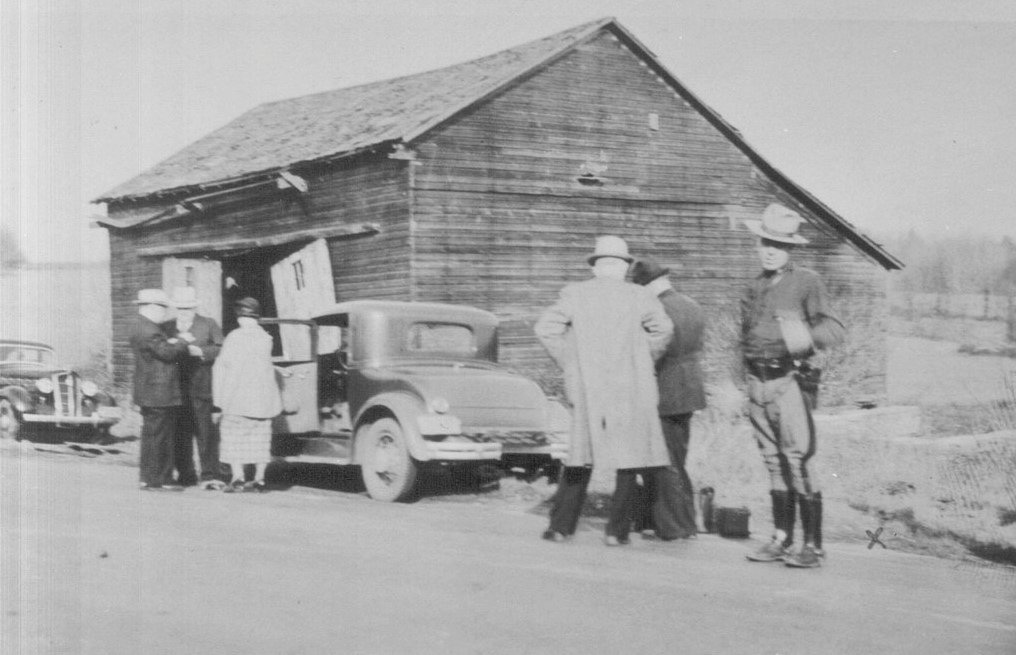 The story of the body found in a Hurleyville barn in November of 1935 is just one of many topics to be discussed during the Hurleyville History Hike on Saturday, December 4.
Contributed photo
Posted Friday, November 19, 2021 7:00 am
John Conway

As Thanksgiving approached in November of 1935, Sullivan County authorities and those from New York City, were busy investigating the murder of a man found buried in a gloomy Hurleyville barn, and the always ravenous press, already preoccupied with the recent slayings of Dutch Schultz and a number of his most trusted underlings, was following the saga with an unusual fervor.

Events began to unfold on election eve, when Steve Bromberger, a local carpenter walking home from work, noticed a large bloodstain on the road. Bromberger initially dismissed the blood as likely from some animal, but he did mention it that evening in the Hurleyville drugstore of Al Sakofsky. Sakofsky thought it significant enough to mention to Fallsburg town constable William Kollander, who in turn contacted Sullivan County Sheriff Walter Flynn. State police were also called in, and before long, the investigation centered on an old barn located on the property of the mother of local hood Jacob “Jack” Drucker.

“The Sheriff, District Attorney (William) Deckelman, and State Troopers found the earth in the barn freshly upturned,” the Monticello Bulletin reported on November 5. “Upon digging, they made the gruesome discovery.”

What they found was the half-naked body of a man, about 35 years old, with quick lime liberally sprinkled over his remains. The lime, often used by gangsters to erode the features of a corpse in order to thwart identification, was, inexplicably, largely confined to the victim’s mid-section, and had apparently not been mixed with water, and so had failed to do its job.

The dead man was determined to be 5’ 6-1/2” tall and about 160 pounds. He had black hair and blue eyes, and an old gunshot wound in his left leg. A pile of clothes was also discovered in the crude grave, and included a Brill Brothers shirt, Robert Whyte shoes, and a handkerchief with the monogram C. S.

“The victim had been killed in a series of fearful blows on the head,” the Bulletin reported. “The body had apparently been dragged from the car to the barn, which lies at a point about halfway between Monticello and Hurleyville.”

The corpse was removed to the funeral home of L. G. Laidlaw for an autopsy, while Deputy Sheriff Jay Lass was dispatched to New York City to examine records of the Bureau of Identification in an attempt to match fingerprints. Investigators, meanwhile, focused their attention on Drucker, the Hurleyville tough guy who had already established a reputation as a strongarm errand boy for bootleggers. He was nowhere to be found, and was never questioned in the case.

The corpse in the barn was soon identified as Charles “Chink” Sherman, a known drug dealer, former associate of Waxey Gordon, and bitter enemy of Dutch Schultz. Sherman was described by the New York Daily News as “one time head of the nation’s largest narcotics syndicate,” and as a “strange man who varied between moods that led him to adopt and care for two orphan children and murderous rages during which, associates said, he became a demonic criminal.” It was never explained what Sherman was doing in Sullivan County that fateful day, nor how he got here. In fact, there was much about the case that was never explained.

Additional details about the body in the barn and stories of other activities of Murder, Inc. in Sullivan County are just some of the topics to be covered during the upcoming Hurleyville History Hike led by the County Historian along the Milk Train Trail, beginning at 11 a.m. on Saturday, December 4. The hike is part of the annual “Holidays in Hurleyville” celebration that day, and many other activities are on the schedule.

The hike will start from the trail head by the basketball courts just off the Main Street parking lot and will head toward South Fallsburg. Other topics to be discussed include the tragic train wreck that took place at that location in 1907, the construction of the Smith Hill Cut, the impact of the railroad on the tourism and dairy farming industries, and much more.

Later that afternoon, the Historian will present a discussion and book signing of his two latest books, “Muskrats, Milkmaids and Mobsters” and “In Further Retrospect,” at the Hurleyville General Store at 2 p.m. Both events are free and open to the public.

John Conway is the Sullivan County Historian. He can be reached by e-mail at jconway52@hotmail.com.