LAKE HUNTINGTON- “To everything there is a season,” informs Ecclesiastes, and that season, namely fall, has now ended even though the calendar says it’s still fall until December … 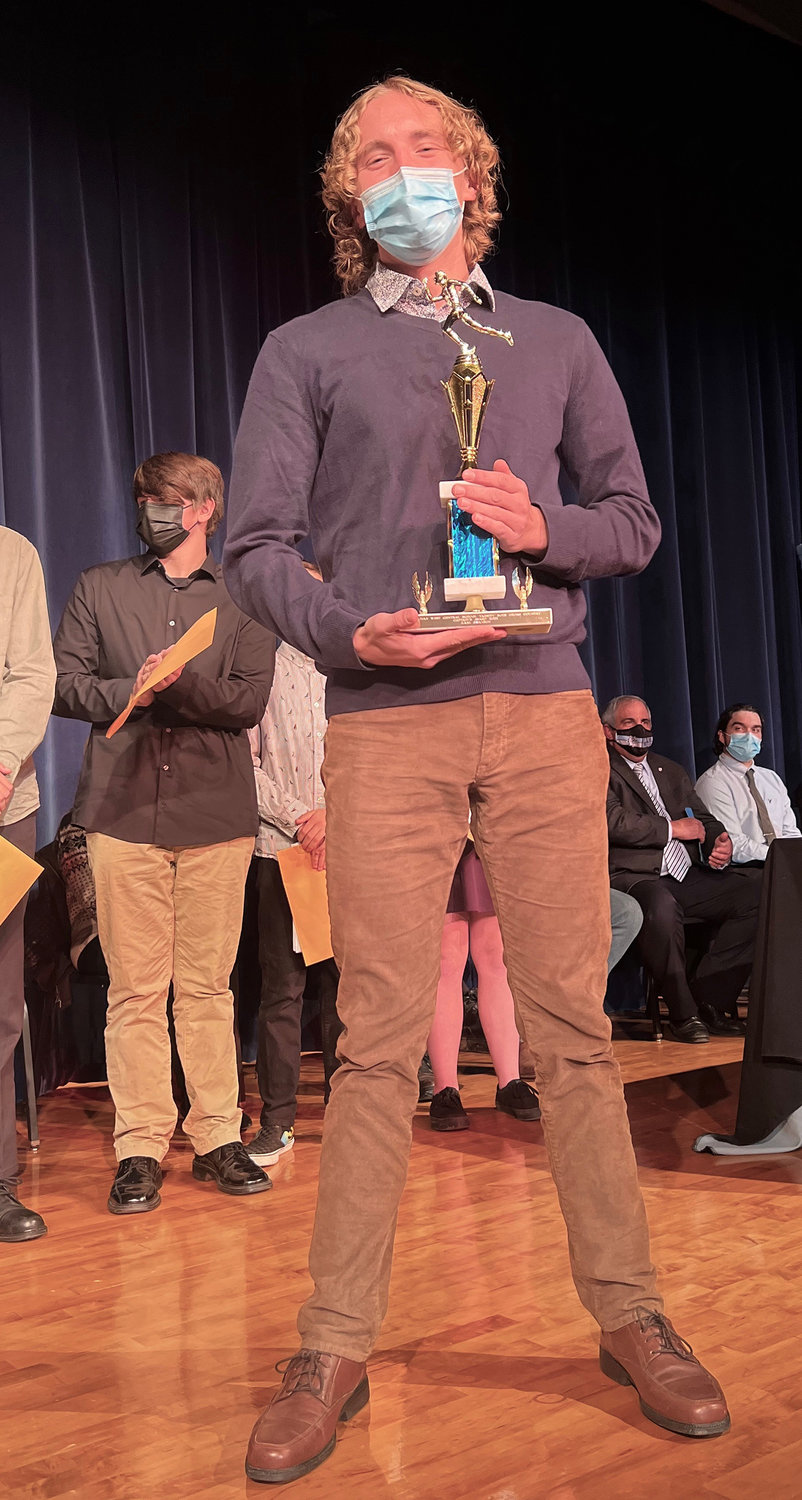 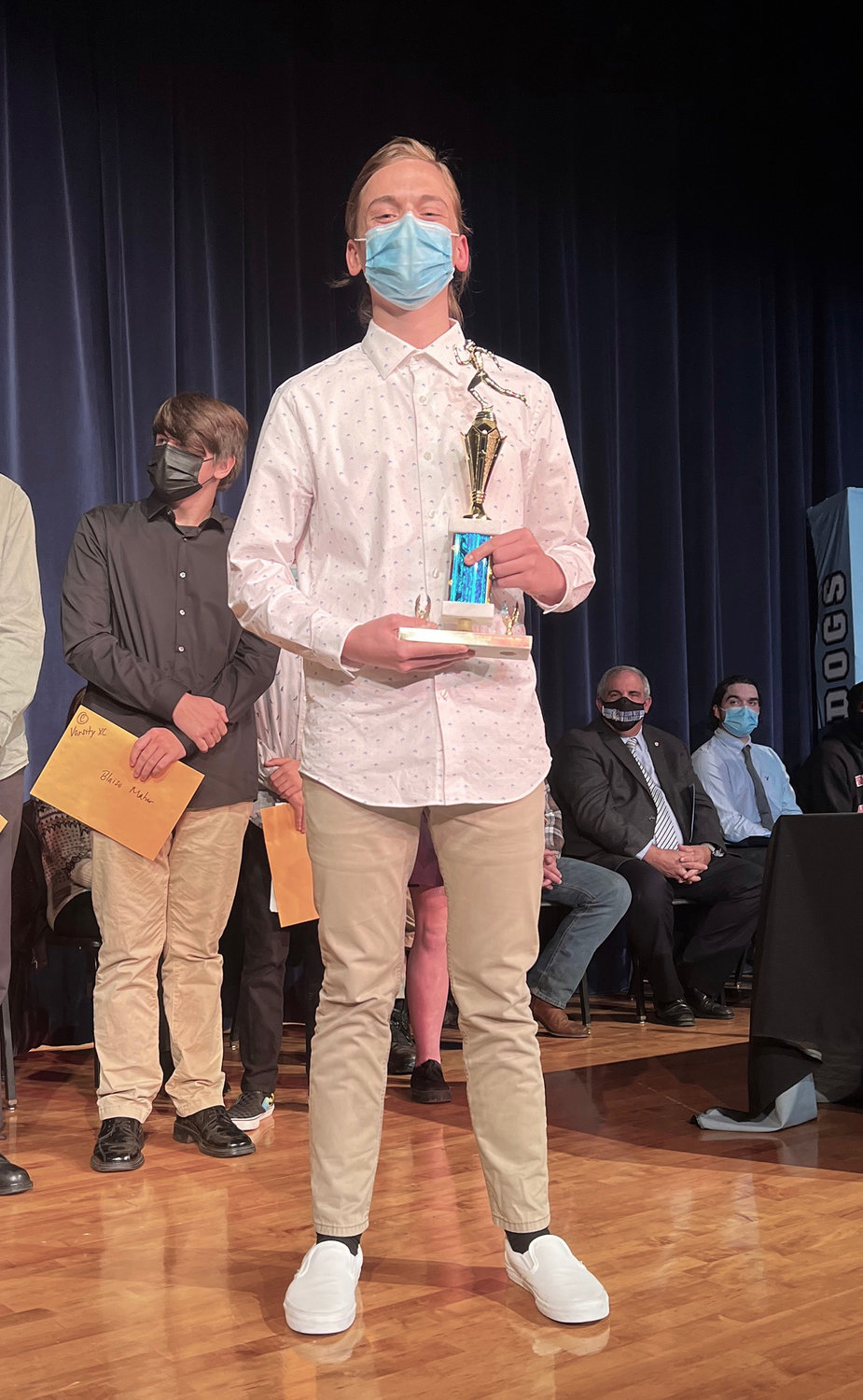 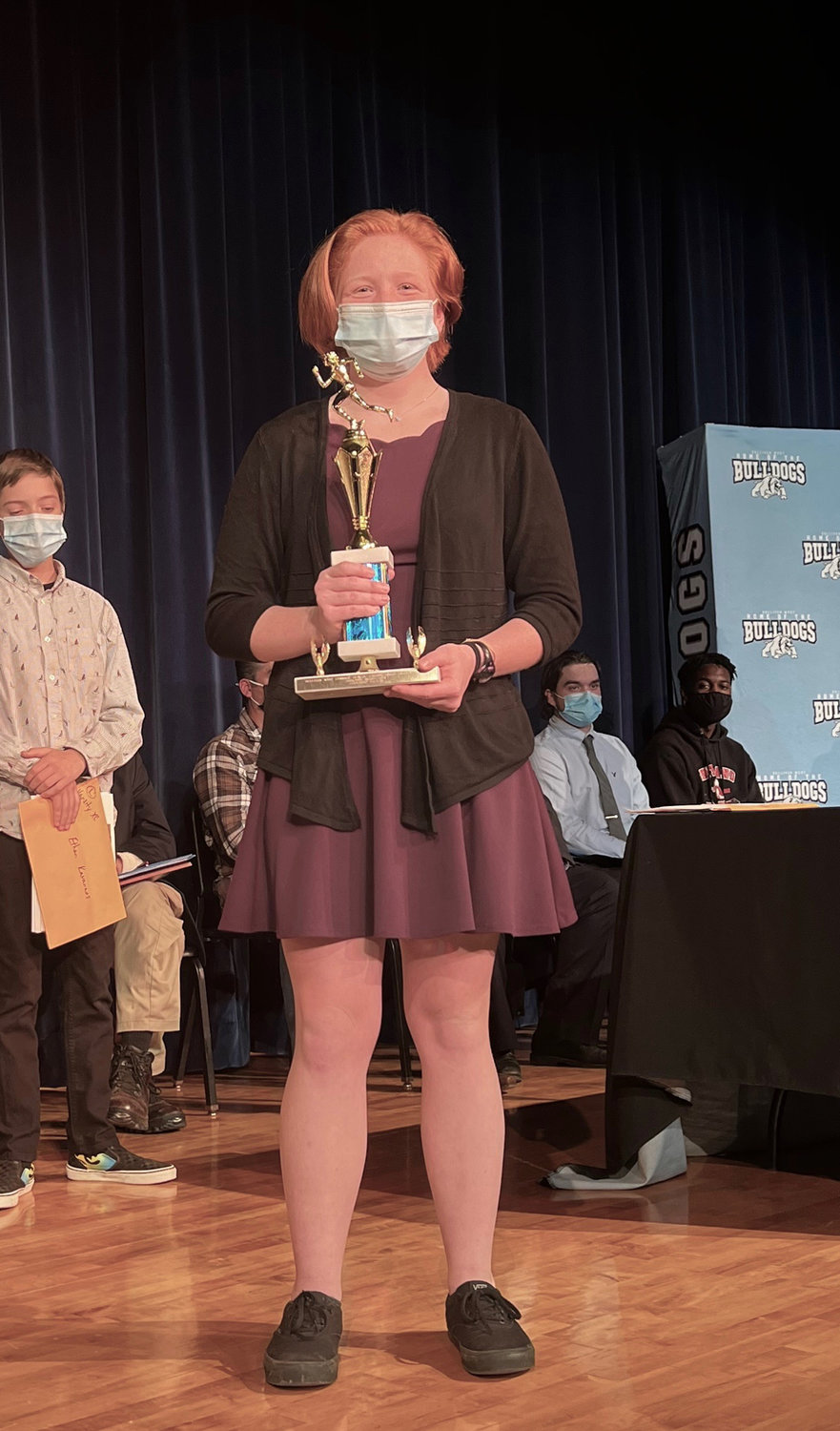 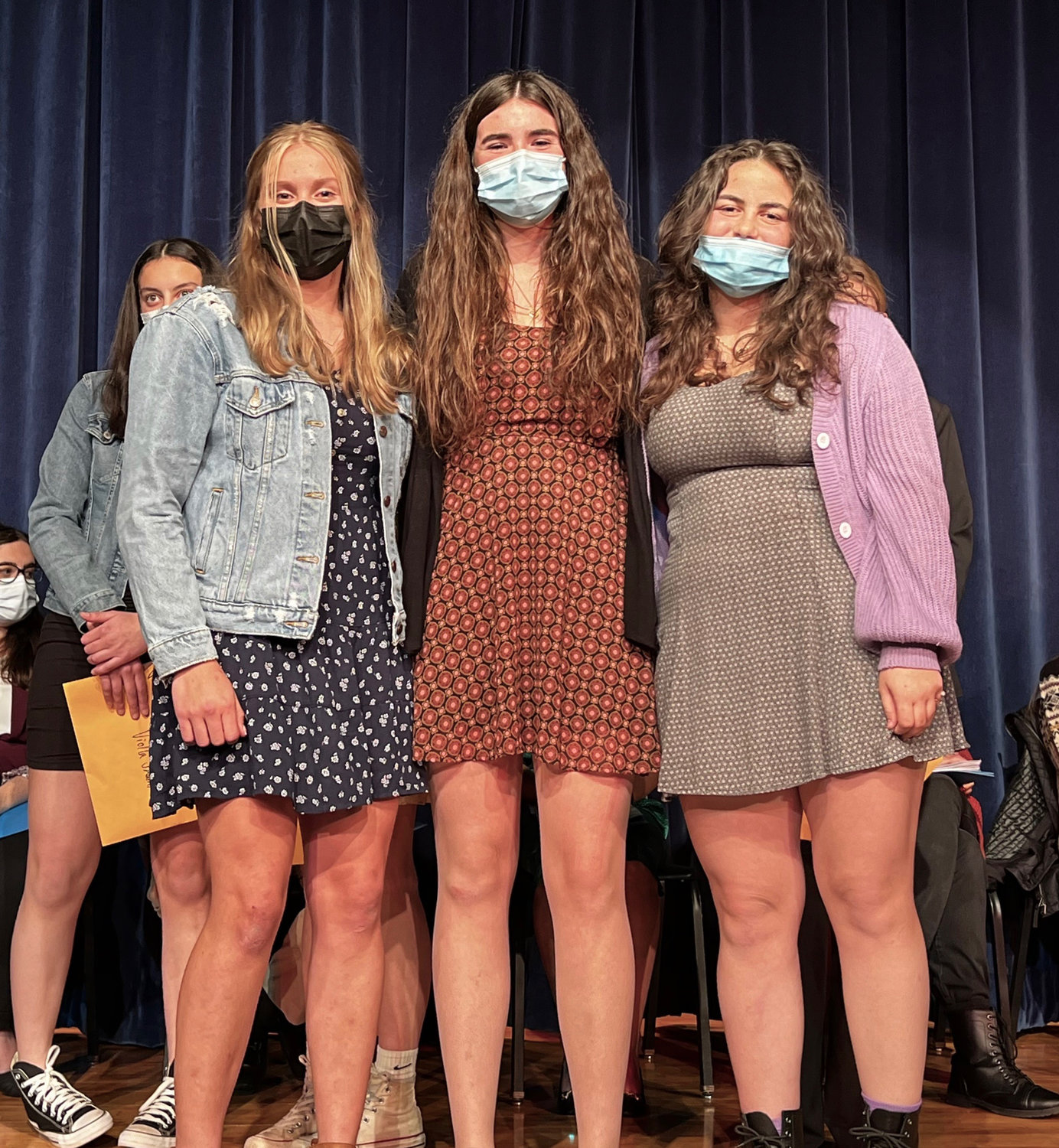 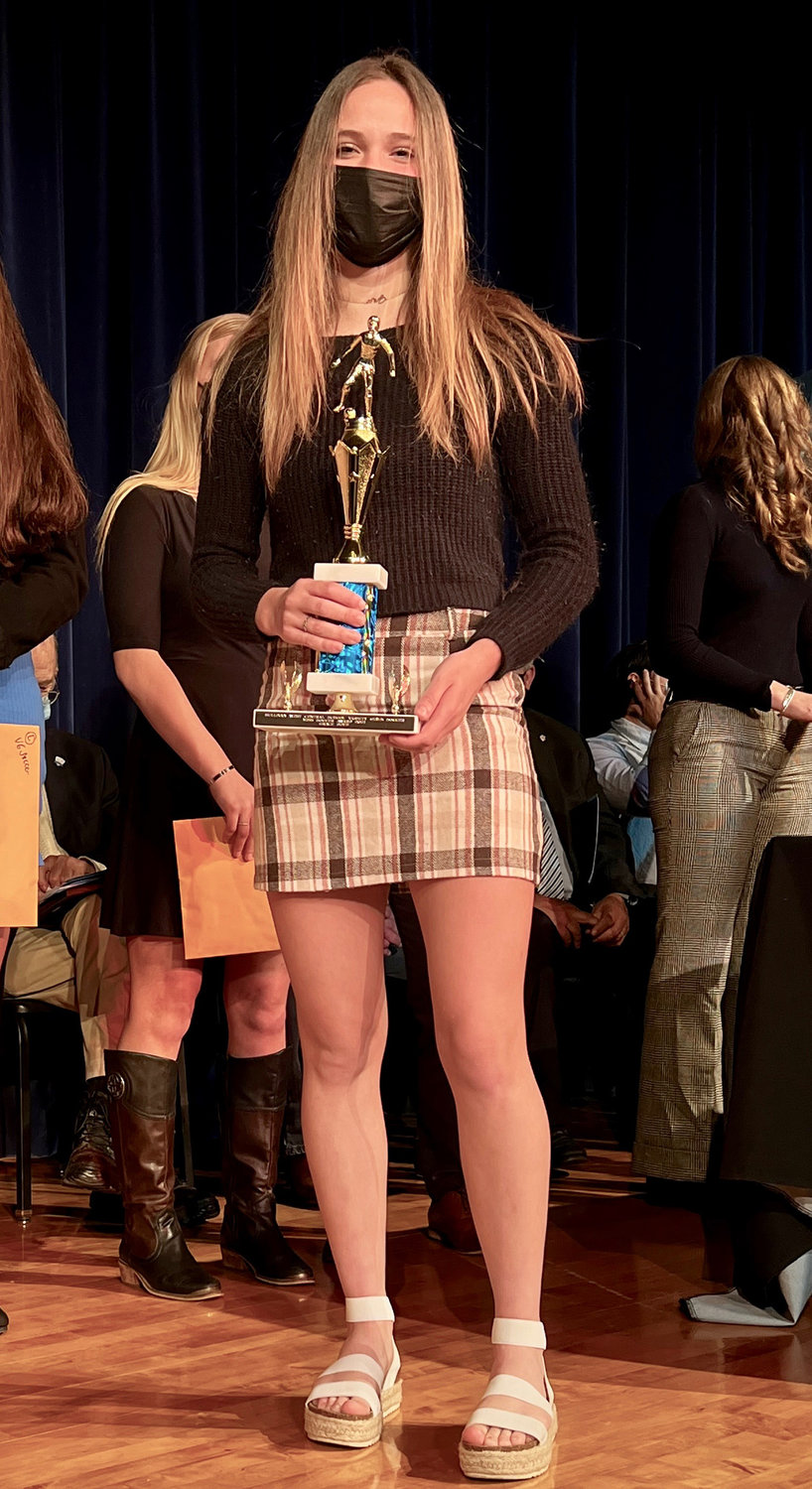 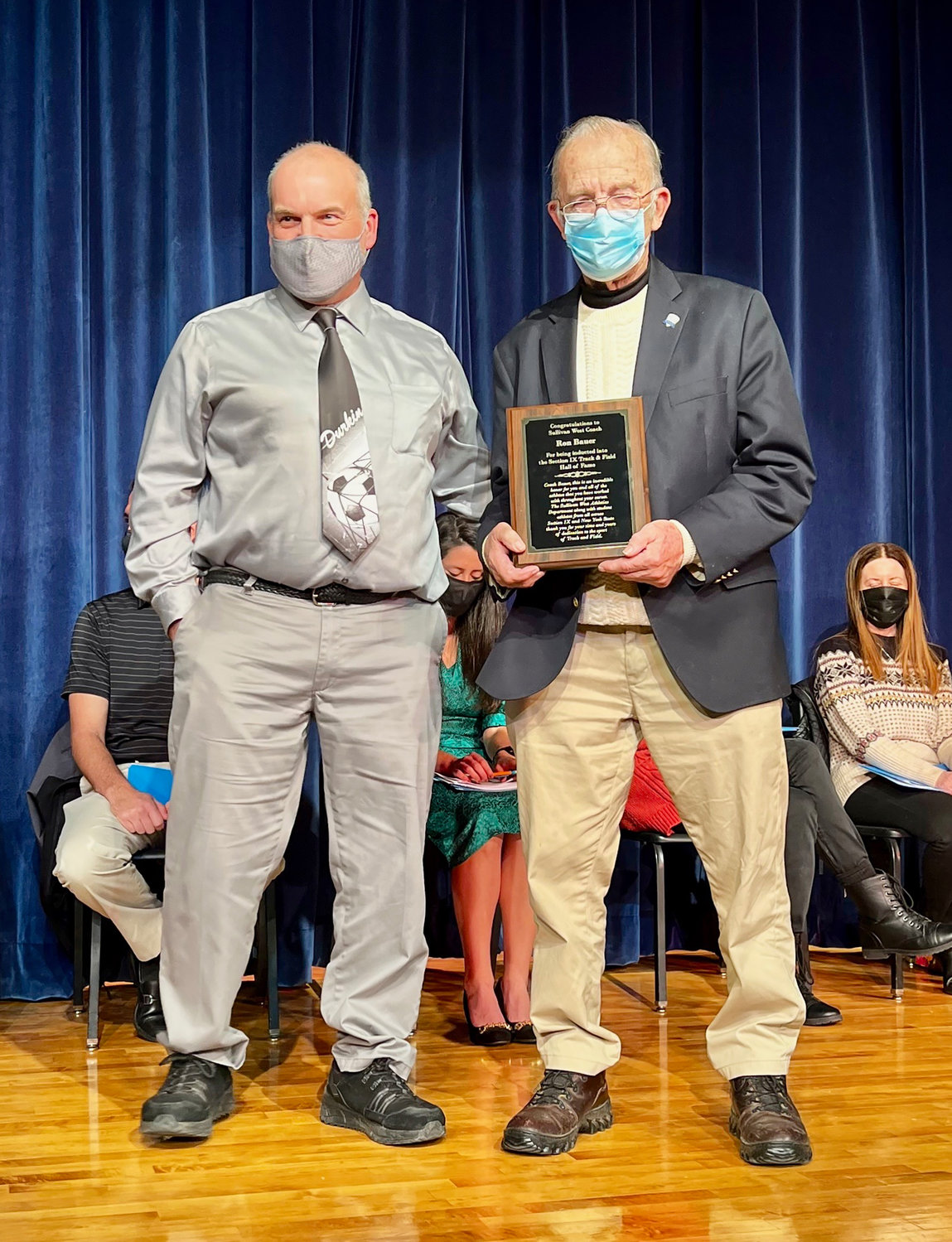 Coach Ron Bauer receives a special recognition award for being inducted into the Section IX Track and Field Hall of Fame from presenter Anthony Durkin.
Richard A. Ross | Democrat 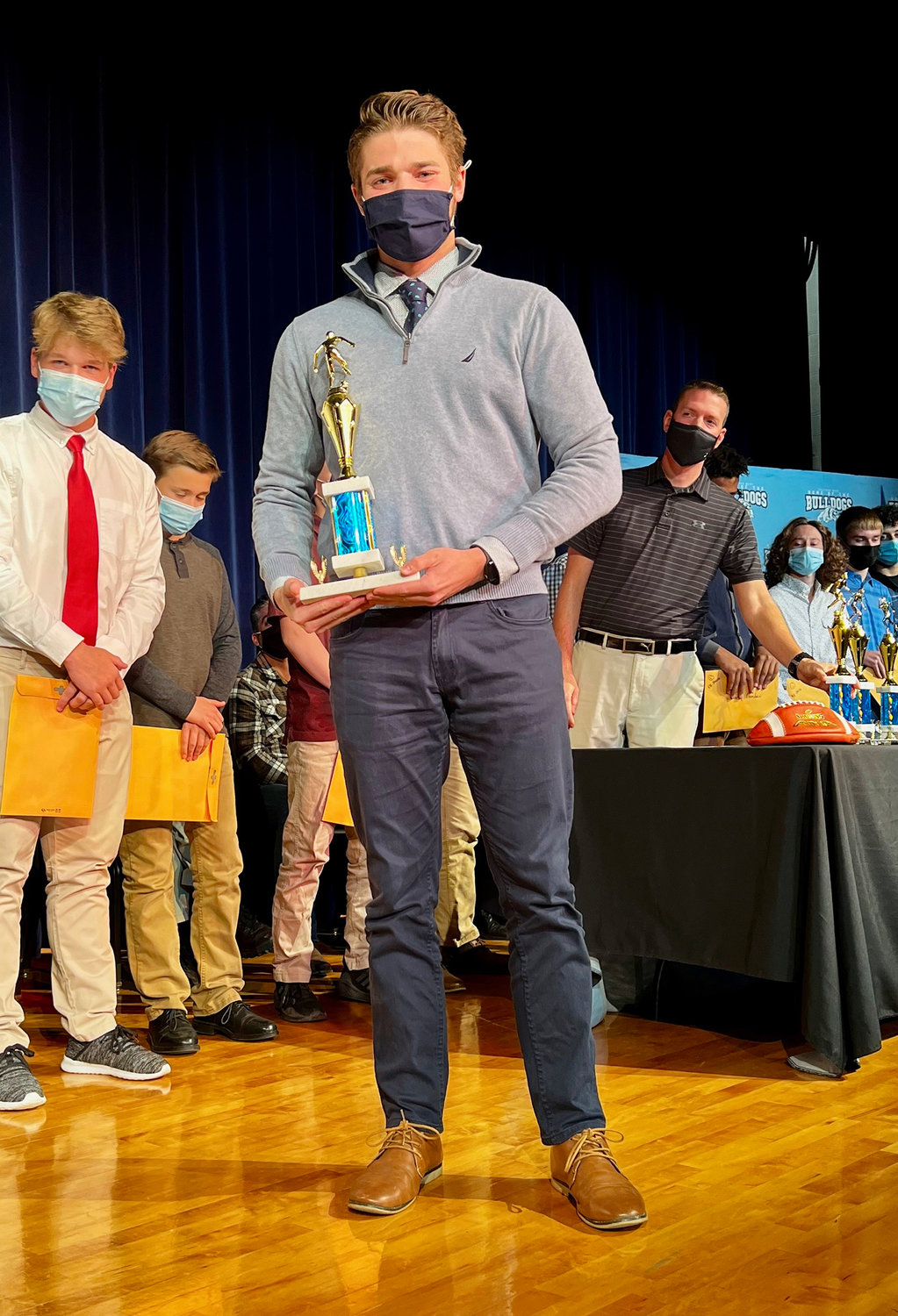 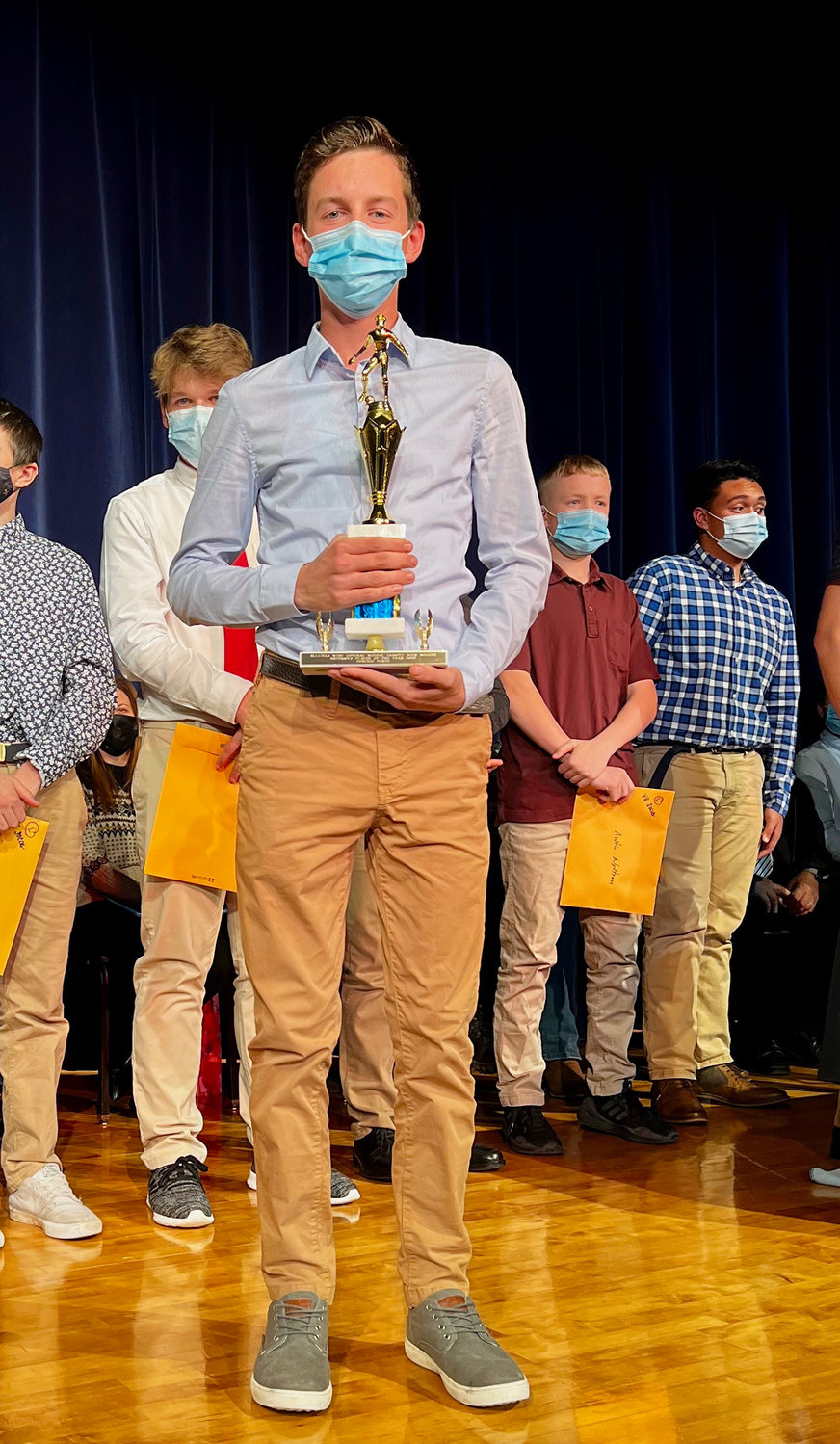 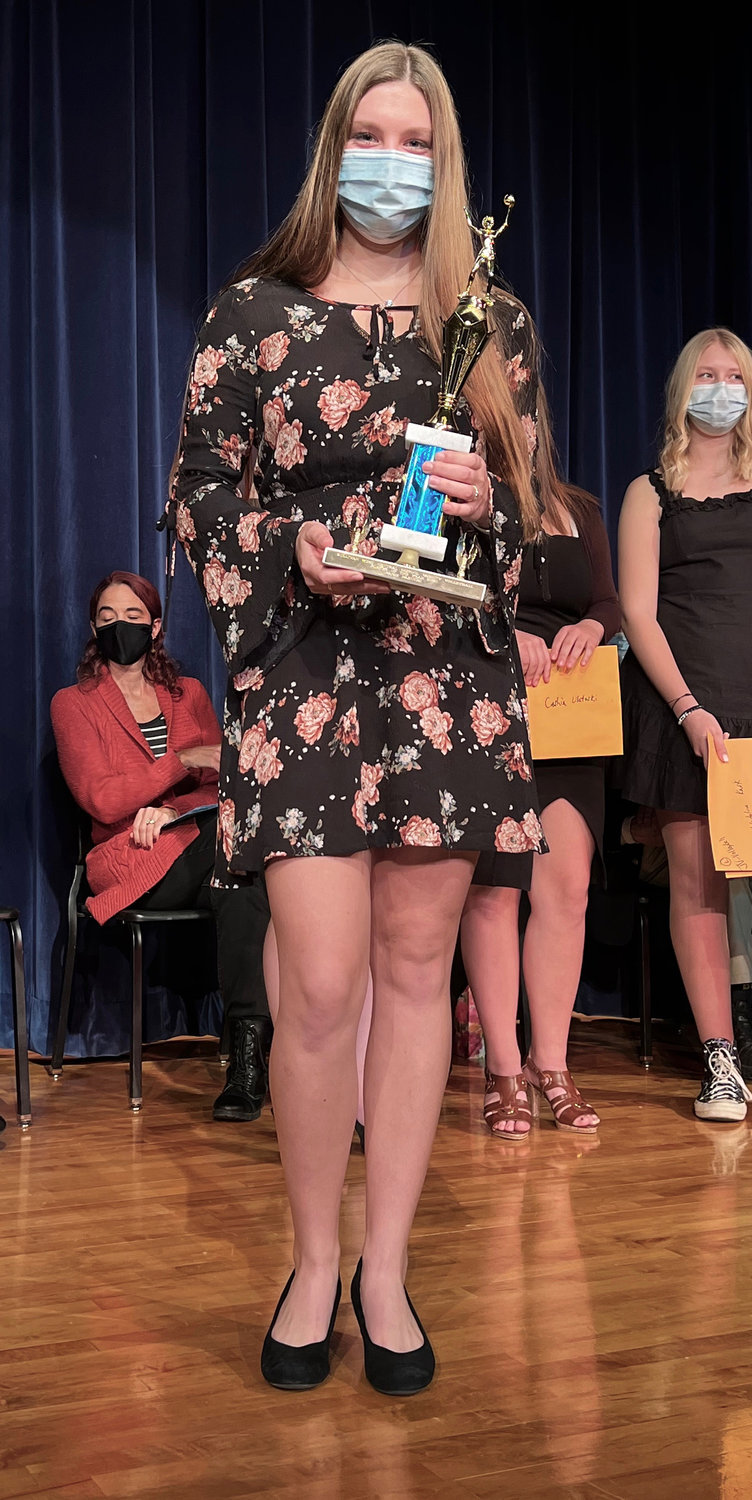 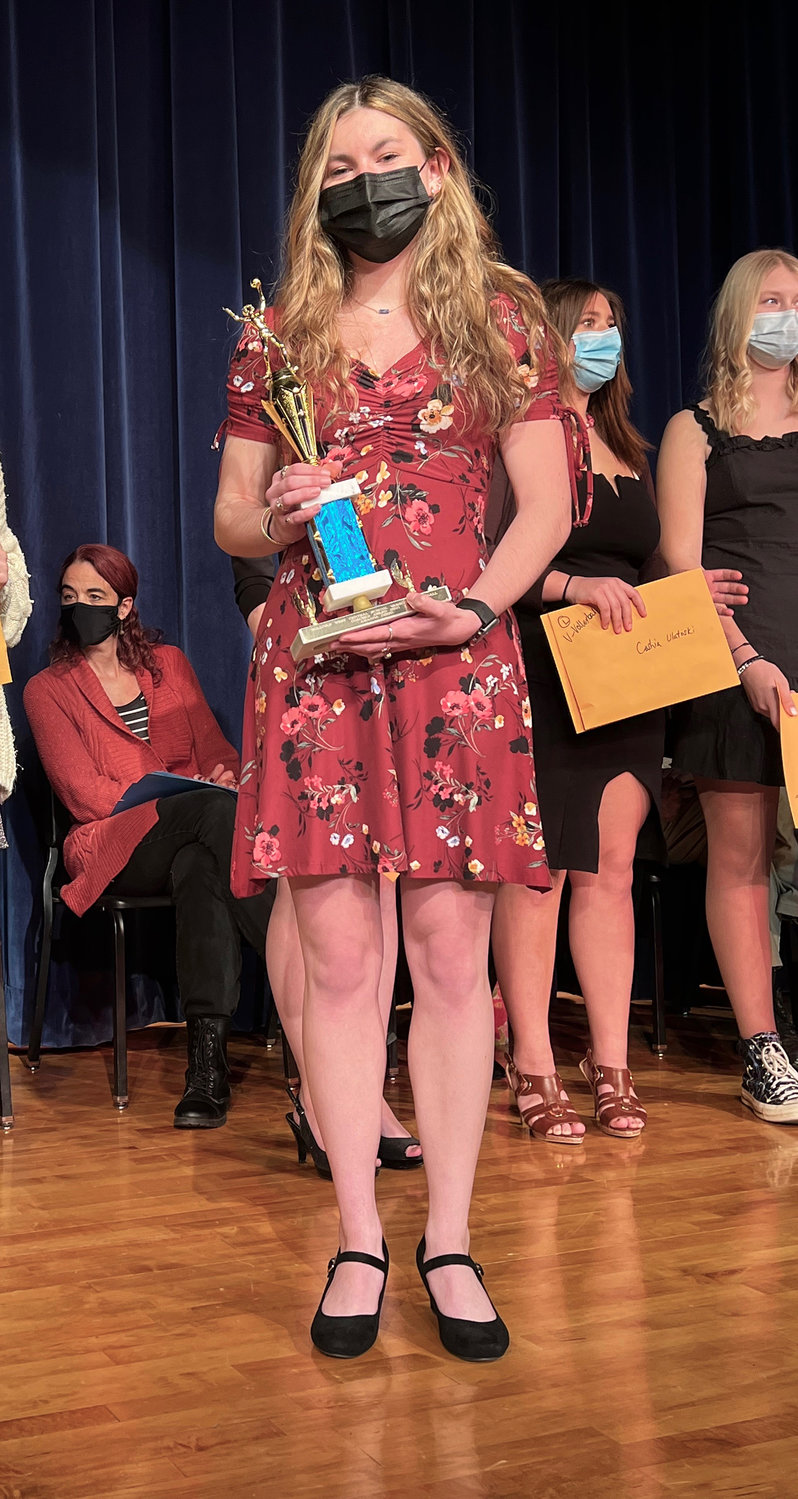 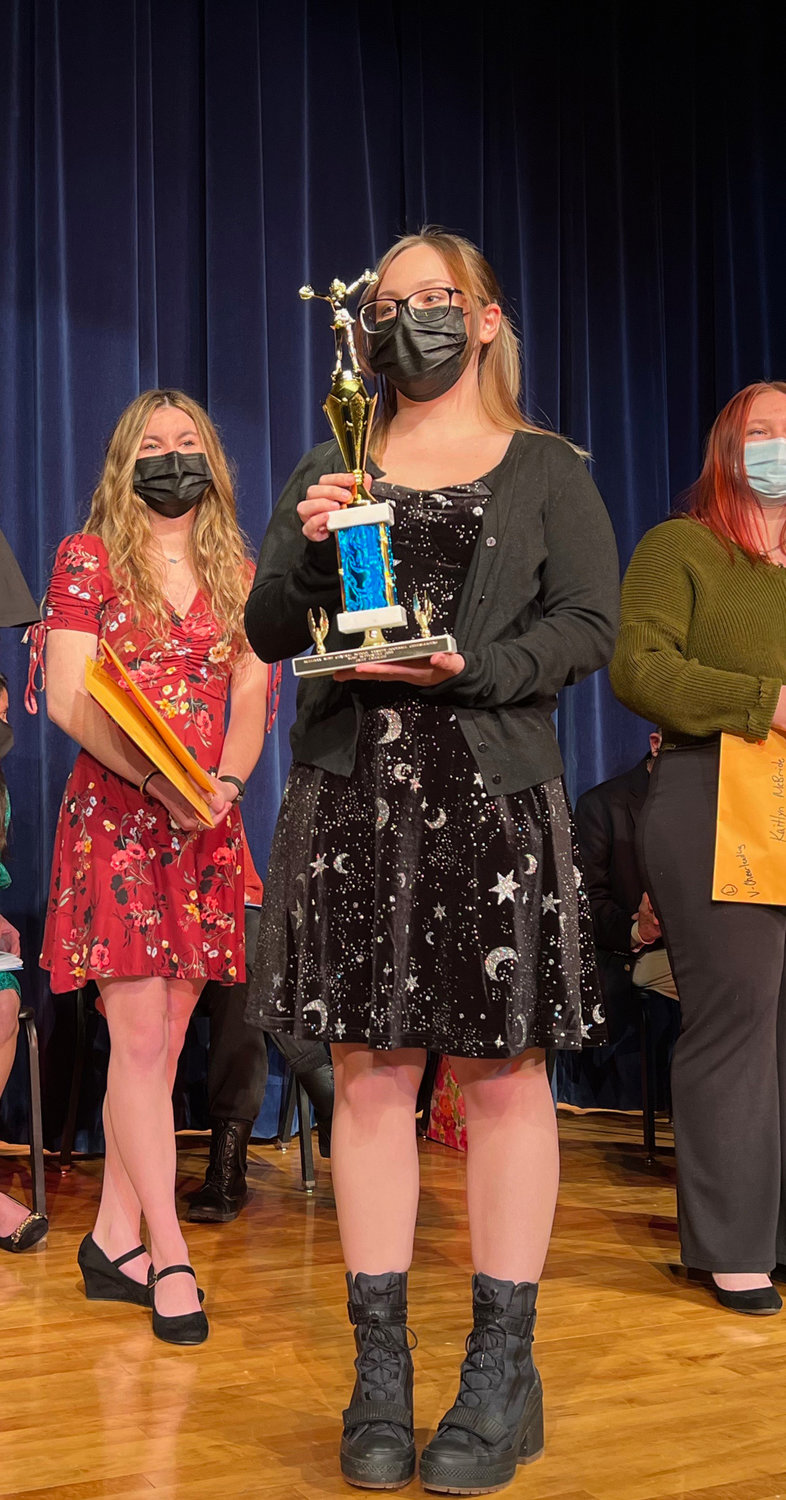 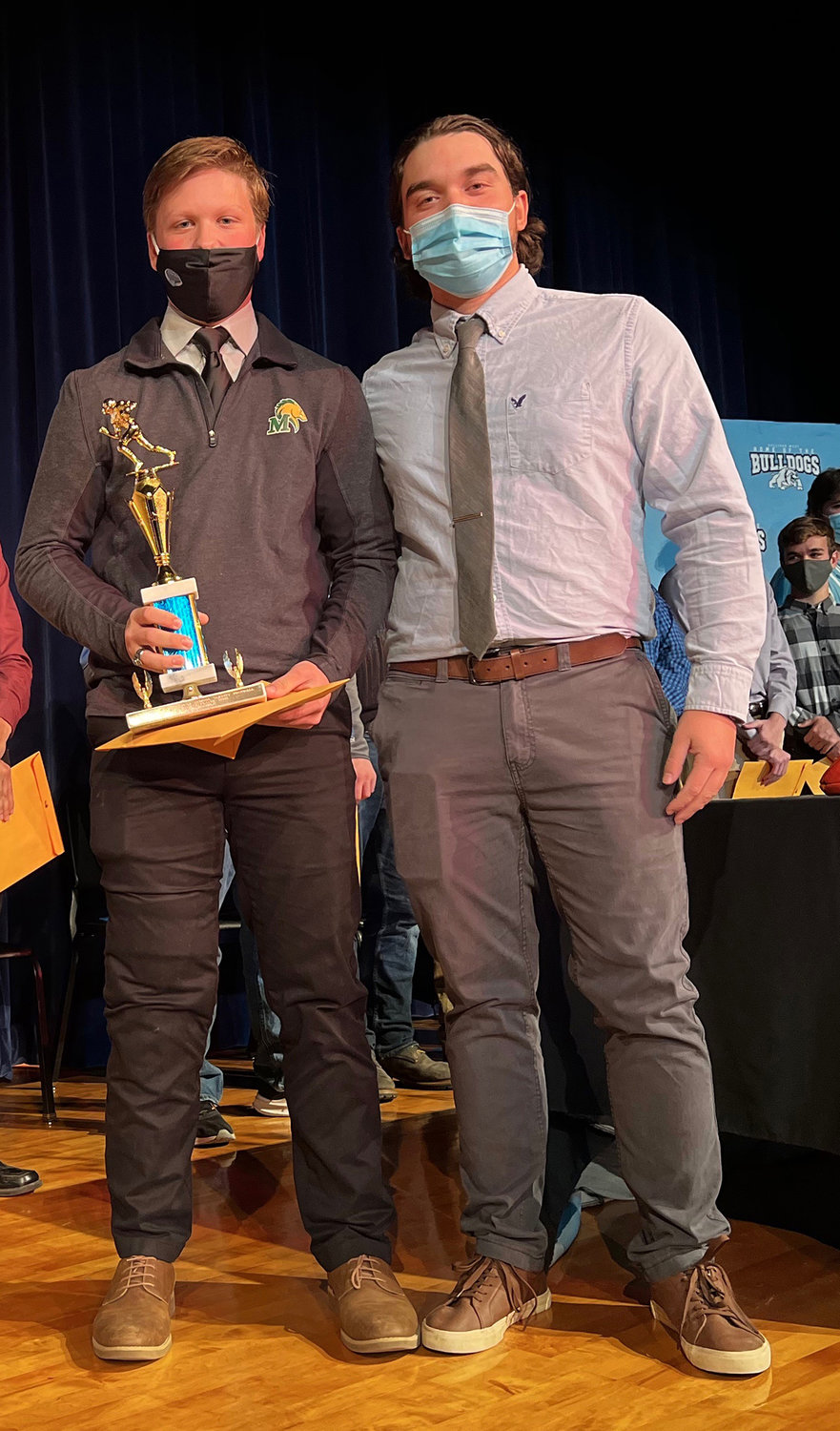 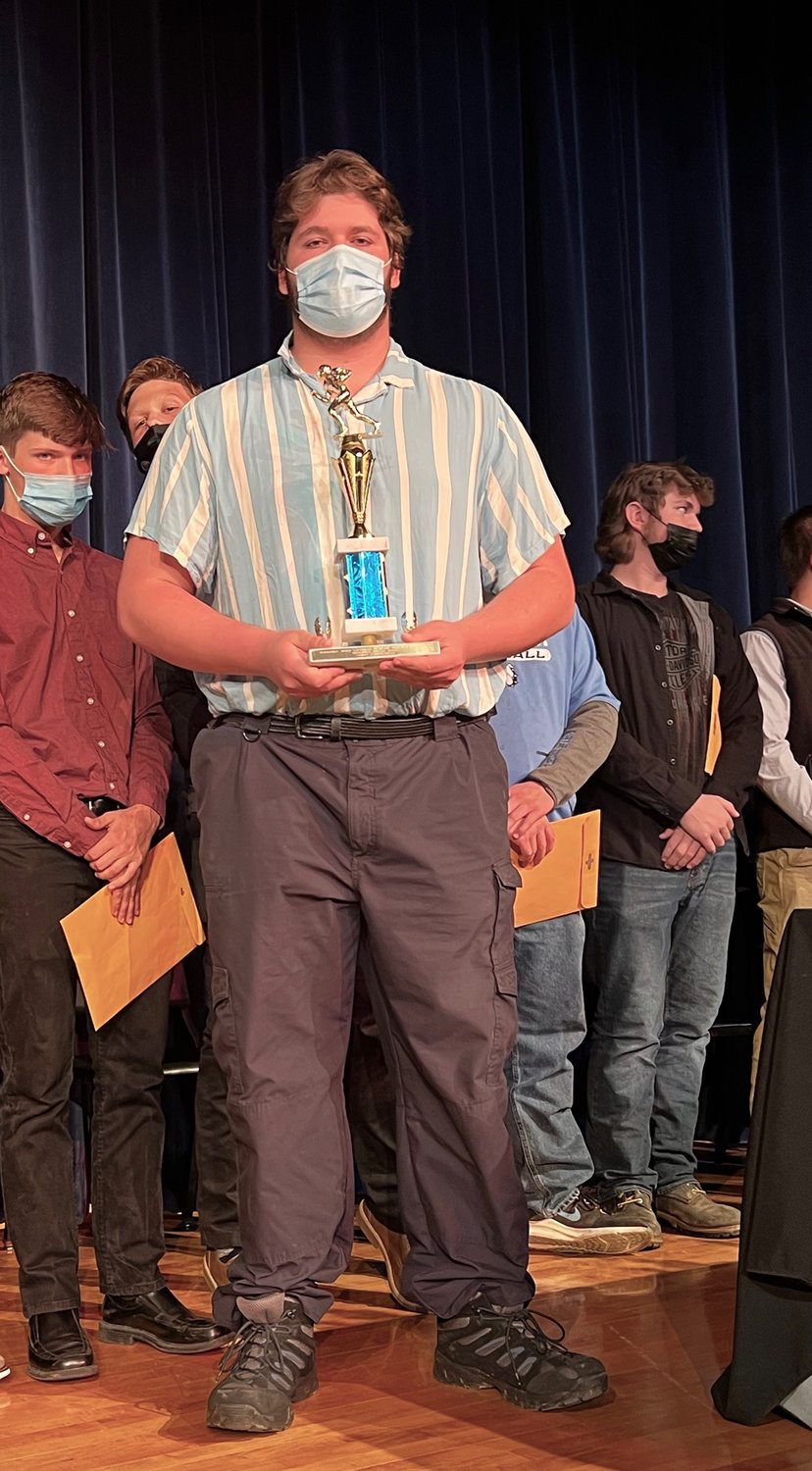 LAKE HUNTINGTON- “To everything there is a season,” informs Ecclesiastes, and that season, namely fall, has now ended even though the calendar says it’s still fall until December 21. Soccer, cross-country, football, volleyball and fall cheerleading will now give way to basketball, indoor track, wrestling, skiing and winter cheerleading.

To honor the athletes and teams of fall, Sullivan West held its sports awards night ceremony on November 17, something it was not able to do except remotely a year ago. Athletic Director David Eggleton praised the fall teams and gave thanks to the many people who made the season possible. High School Principal Mark Plescia talked about how preparation for fall began last summer. He thanked the seniors for their leadership, guidance and support. He noted that the girls soccer team made sectionals, the football team advanced to the championship game and that Reece Maopolski qualified for the state cross-country meet.

Coach Ron Bauer was the recipient of a special recognition award presented by Girls Soccer Coach Anthony Durkin. It was the plaque Coach Bauer received in October for his induction into the Section Nine Track and Field Hall of Fame. Bauer has been coaching for upwards of 50 years. He received a rousing cheer led by the football team and amplified by all present.

Each coach who came to the stage celebrated his or her team with affirming remarks and milestones of the season. The award winners were as follows: