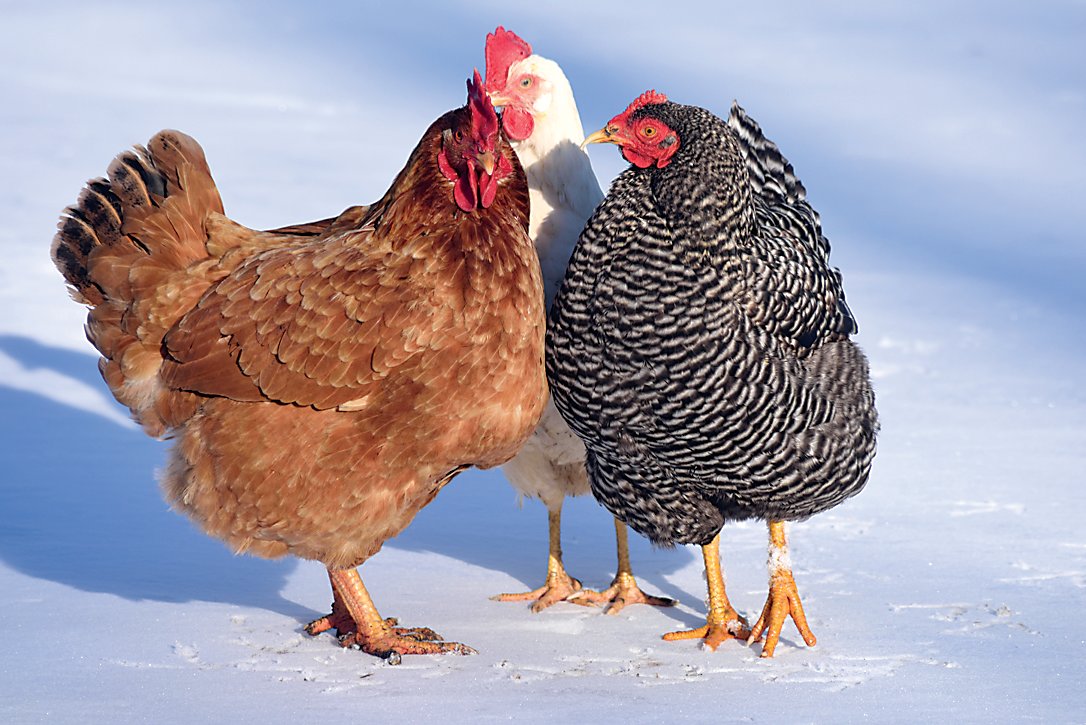 The Highly Pathogenic Avian Influenza was detected in different parts of the State last week. Farms, local businesses and agencies are on high alert, doing what they can to try and keep the virus out of Sullivan County.
Nyssa Calkin | Democrat
Posted Friday, March 4, 2022 6:10 am
Joseph Abraham

Cornell Cooperative Extension Sullivan County (CCE) Agriculture Educator II, Michelle Proscia, reports that two laboratory-confirmed cases of HPAI, one in a pheasant flock in Dutchess County and one in a backyard flock in Ulster County, were identified in NYS on Friday, February 25.

These follow the case identified in a backyard flock in Suffolk County on February 19. These flocks have been euthanized to help control the spread of the virus.

“While these are only three cases, it is anticipated that there will be many more,” said Proscia. “The states with wild bird positives (250 cases) now include New Hampshire, Connecticut, Delaware, Virginia, North Carolina, Georgia, Florida, and Kentucky. Cases will increase across the northeast as wild waterfowl migrate northward in the coming months. Commercial flocks in Delaware, Indiana, and Kentucky have been affected, as have backyard flocks in Virginia, Maine, New York, and Michigan.”

While the disease is circulating in wild and domestic bird populations, she said there is no need to panic, but there is need to be on high alert, and that poultry owners should be prepared to report any disease in their flock that looks suspicious.

HPAI lives in the respiratory and/or intestinal tract of birds. It can be picked up from contact with infected feces, surfaces, or through the air, though aerial transmission from farm to farm is unlikely.

It can be transported on infected feed, clothing, or equipment. It can also be spread through wild bird populations encountering domestic birds and other living creatures, such as rodents and insects.

Once on the farm, the disease is readily passed from bird to bird, infecting an entire flock quickly.

CCE and Dr. Chad Wall, Field Veterinarian for NYS Department of Agriculture and Markets are teaming up for a webinar on the matter this Monday, March 7, from 7-8 p.m.

Pre-registration is required at https://tinyurl.com/NYS-HPAI.

The few recently reported cases have been enough cause of concern for local businesses.

Hudson Valley Foie Gras receives baby ducklings from Quebec that they grow locally, and they grow chickens in Pennsylvania that they bring to Sullivan County for processing. Before the birds cross over into New York from Quebec or PA, they are tested for the HPAI prior to shipment. They also have several different levels of biosecurity protocols.

“We’re at a high level at this point … If DEFCON one means the bombs are coming, we’re at about level two right now,” said Hudson Valley Foie Gras Operations Manager Marcus Henley.

Furthermore, they’ve limited access to the buildings where the animals are raised. In some of their programs, with chickens, they tried to have the birds have access to the outdoors, but have severely limited that at this time.

As it gets a little bit warmer, Sullivan County will begin to see serious waterfowl migration. At that point, at the gate of each of their farms, Hudson Valley Foie Gras has a tire bath for anyone coming or going.

“We’ll have to drive through a shallow bath that will contain disinfectant,” said Henley, “and we have an aggressive program to scare away migrating waterfowl who might stop at the farms.”

Moreover, all of their farmers wear rubber boots and when they move from area-to-area within the farm, they have to pass or step through disinfecting baths.

“We are in constant contact with federal and state agencies that are monitoring the situation and also have our own biosecurity consultants. So it’s a tough situation,” said Henley.

From an economic perspective, he explained that Foie Gras businesses in the County produce over $50 million in sales annually, with a three-to-one economic multiplier.

“Every dollar that we bring in from outside of the County echoes through the economy,” he said. “So it really is important not only to us, but to people in the community that we try very hard to keep this out of Sullivan County.”

Daniel Brey, of Brey’s Egg Farm in Jeffersonville, remembers the HPAI outbreaks in Pennsylvania in 1983 and in Iowa in 2015. The latter resulted in over 5.3 million birds having to be killed.

In both instances, they tightened up protocols as far as people coming and going from the farm.

Until the current situation blows over and to limit foot traffic, the Breys have suspended opening the farm for outside sales on the first and third Wednesdays each month. But their eggs can still be purchased at local grocery stores.

They’ve also reiterrated to their employees that legally, they are not allowed to own their own birds or be around other birds outside of the farm.

The Breys have also been following disinfecting protocols, including the use of foot pans and spraying off shoes and tires.

He encourages people who own their own backyard flocks to not let them out, and assume that all wild birds have the virus.

Brey explained that if the HPAI appears locally, affected farms would have to depopulate.

“You’d be in business one day and out of business the next,” he said.

Take Cochecton Mills for example. The Democrat talked to one of their owners, Sean Nearing, who said the HPAI could be a very bad thing.

Currently when they make deliveries, everything, including the truck and their employee’s shoes, are disinfected before they even step foot on a farm.

“We’ve stayed alert and usually, outsiders aren’t supposed to go into the chicken coops anyway,” said Nearing. If it comes to a point where local farms have to euthanize a large number of their animals, that’d mean less manufacturing and less feed that Cochecton Mills would be making.

“Everything has gotten more expensive,” said Nearing, “so much so that potential losses have been that much greater.”