By Matt Shortall BETHEL — Board Members in the Town of Bethel voted to renew the license for Bethel Motor Speedway (BMS) last week. During a public hearing, BMS General Manager George Van … 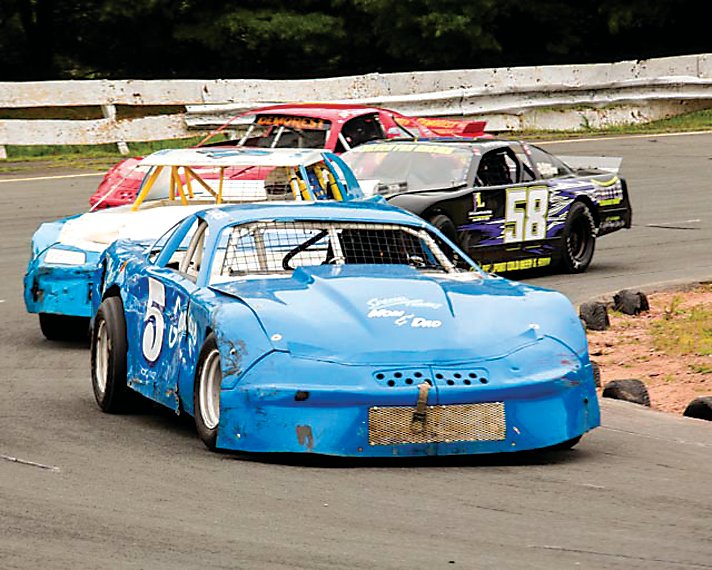 Board members in Bethel voted to approve the license renewal for Bethel Motor Speedway last week and reached a compromise on the number of “Small Car Sunday” events.
File Photo
Posted Friday, March 4, 2022 6:10 am
Matt Shortall

BETHEL — Board Members in the Town of Bethel voted to renew the license for Bethel Motor Speedway (BMS) last week.

During a public hearing, BMS General Manager George Van Arsdall Jr. was joined by Director of Promotions and Marketing Dawn Roemer to discuss plans for the upcoming season.

In addition to their 2022 schedule, BMS was asking the board to consider a number of “Small Car Sundays.” These events feature smaller cars such as go karts, champ karts, bandoleros “all the stuff that’s quieter so it doesn’t annoy the neighbors … but it’s also good for the kids,” Van Arsdall said.

Roemer said the Small Car Sundays are all about introducing kids to the sport of racing and the events usually conclude by 7 p.m.

BMS was requesting some 10 or 11 Small Car Sundays. After much discussion and hearing from members of the public, board members voted to approve six.

The decision came down to supporting a local business while also respecting the concerns of some neighbors.

“We do have to walk a line here,” said Deputy Supervisor Vicky Simpson.

Several members of the public who spoke in support of BMS described their relationship with the track and its positive impact for the community.

“At the rate we’re going, we’re putting Bethel on the map,” said John “Bud” DeGennaro, who also goes by the nickname “Super Fan” at the track.

DeGennaro has been going to the track since 2018 and writes a blog that was picked up by the Racing Times.

“The people who come here spend their money in town and patronize local businesses,” DeGennaro said.

New Jersey resident Jack Polan said he’s been racing at BMS for around four years and it meant a lot to the racers that the track remained open during the pandemic.

“Bethel is [like] my home. They really make it feel like I’m part of the family there,” said Polan speaking via zoom. “I look forward to coming up to Bethel every Saturday … Back during COVID [they] allowed us to race when a lot of places weren’t. That’s big to us and really helped us to keep doing what we’re doing.”

However, some Bethel residents and nearby neighbors raised concern about the level of noise.

“It’s hard for us to have any kind of gathering for our family or friends,” said Cathy McFadden. “I’m not against the youth. I am a youth director and a teacher … it’s just a little much for us neighbors to have that many Sundays on top of the Saturdays the night before.”

In a letter addressed to the town board, residents Jack and Marge Foster said, “After reading the information we are not happy about the increased number of Sunday race dates. We love the track and we have always been supportive, but the thought of 14 full weekends is much more than the neighbors should have to deal with.”

Roemer said BMS is looking into building a fence that could help reduce the sound for one of their neighbors.

Speaking to Roemer and Van Arsdall, Supervisor Daniel Sturm said, “We’re doing the best we can ... we don’t want to hurt any youth program or anything like that. If you could do your best to work within those parameters we’d be eternally grateful. We could revisit it and see how things are going.”