BETHEL — Another solar project is underway in the Town of Bethel, the first being the solar array on the former landfill. This time, Delaware River Solar (DRS) is constructing a 6.2-megawatt solar …

A direct route to the sun 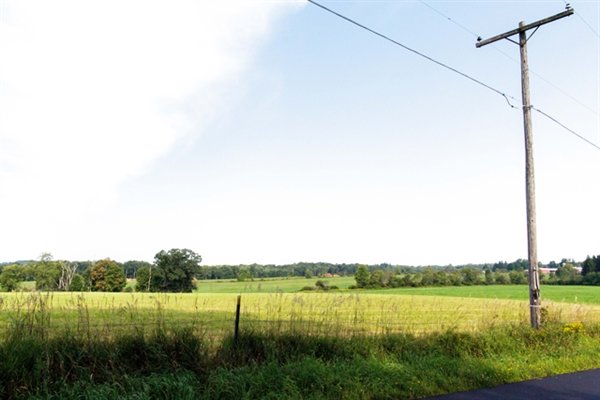 BETHEL — Another solar project is underway in the Town of Bethel, the first being the solar array on the former landfill. This time, Delaware River Solar (DRS) is constructing a 6.2-megawatt solar project along State Route 17B.

According to DRS CEO Rich Winter, the project, once completed and connected to New York Electric and Gas (NYSEG) power grid, could produce enough power for just under 1,000 homes.

The population of the town, according to the latest U.S. Census Bureau data, is around 4,255 people.

The solar array will be built at Peter Hofstee's farm in Bethel along the same road that leads to the site of the original 1969 Woodstock Music Festival.

This will be DRS's 11th solar project in Sullivan County with additional solar arrays already up and running in the towns of Thompson, Callicoon and Fallsburg.

Winter said the Bethel Route 17B project is expected to be completed by late 2020.

As mentioned, the other solar array in Bethel is being constructed on the defunct landfill. The Town of Bethel signed a 25-year lease agreement with BQ Energy, a solar company that develops renewable energy structures on brownfield sites.

On the 17B project, Bethel Town Supervisor Dan Sturm said, “It is great to see the new solar project on the Hofstee Farm on 17B getting started. I think it is the largest solar project in Sullivan County.”

Sturm said it would provide residents with a less expensive option for their home electricity.

Furthermore, Sturm added, “the solar project is in keeping with the town's goals of going green and saving money doing it.”

The project applied for and was recently approved by the County of Sullivan Industrial Development Agency (IDA) for the Mortgage Tax exemption will not exceed $30,000, and the Sales and Use Tax exemption not to exceed $70,000, according to the application.

According to the application, the project is estimated to cost $8.3 million when completed and will produce roughly 35 construction jobs.