Brewing up conversation at ‘Coffee with the Sheriff’

SWAN LAKE — Residents and members of the community came out this weekend to share a free coffee, courtesy of the Sullivan County Sheriff’s Office. Sheriff Mike Schiff and Undersheriff …

Brewing up conversation at ‘Coffee with the Sheriff’ 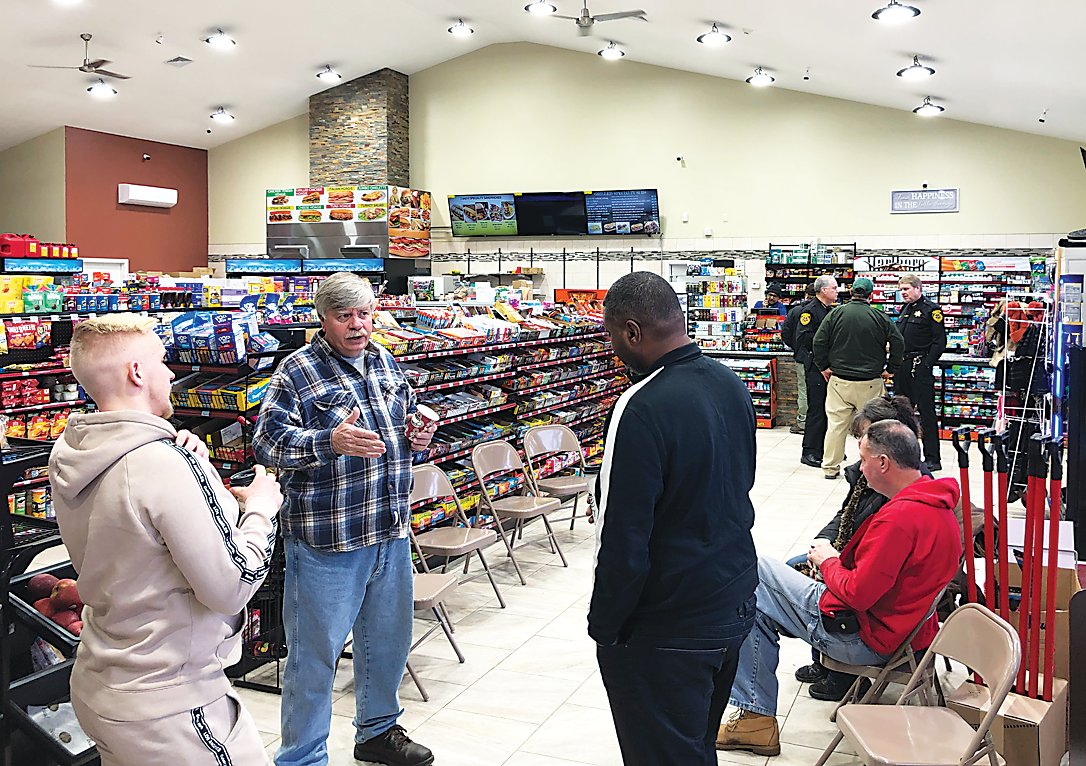 Residents of Sullivan County were invited out to share a coffee and conversation with local law enforcement at the Sullivan County Sheriff Office’s ‘Coffee with the Sheriff’ community outreach event.
Derek Kirk | Democrat
Posted Tuesday, March 8, 2022 6:10 am
Derek Kirk

SWAN LAKE — Residents and members of the community came out this weekend to share a free coffee, courtesy of the Sullivan County Sheriff’s Office.

Sheriff Mike Schiff and Undersheriff Eric Chaboty hosted another installment of their “Coffee with the Sheriff” community outreach program on Saturday morning, March 5 at the J&H Express Swan Lake Mobil at the intersection of State Route 55 and Briscoe Road.

Coffee with the Sheriff is a recurring community outreach event at which Sullivan County residents are invited by the Sheriff’s Office to partake in casual conversation with local law enforcement personnel over coffee in a relaxed environment in an attempt to put a face behind the name and remind residents of the neighbor behind the badge.

“It’s a really good opportunity to have people come out and ask questions,” Schiff said. “It allows us to talk directly to the public.”

According to Chaboty, he believes the outreach into the community is valuable, as it gives residents an informal opportunity to “stop by, pay a compliment, make a criticism or suggestion, or express a concern.”

For example, one Sullivan County resident stopped in to have a coffee and speak with Undersheriff Chaboty about motor vehicle speeding concerns in her area and what might be done about this issue and others like it.

Because it may be difficult for residents of Sullivan County to make it into a police station, Coffee with the Sheriff is important to offering opportunity to the public in an accessible fashion.

Prior Coffee with the Sheriff community outreach events have taken place in various locations throughout the county.

“Today’s Coffee with the Sheriff community outreach at the brand new J&H Express in Swan Lake was a huge success. State Senator Mike Martucci stopped by as well as County Legislator Rob Doherty and County Clerk Russell Reeves,” said the Sullivan County Sheriff’s Office in an online post. “We heard several concerns from residents which we will now attempt to address. A special thanks to the owners of the store, Jay and Hiten Patel for their support of law enforcement and the community.”