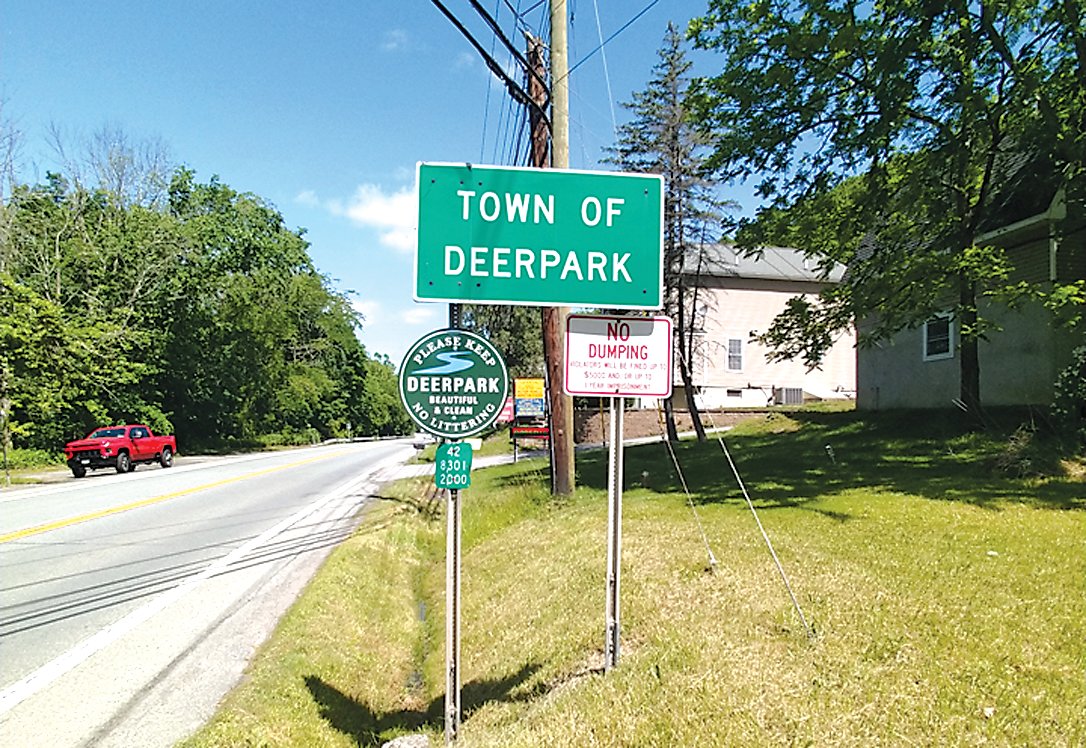 Members of the Upper Delaware Scenic Byway Inc. have put up new signage to help identify the thoroughfare as well as promote a cleaner environment.
Contributed photo 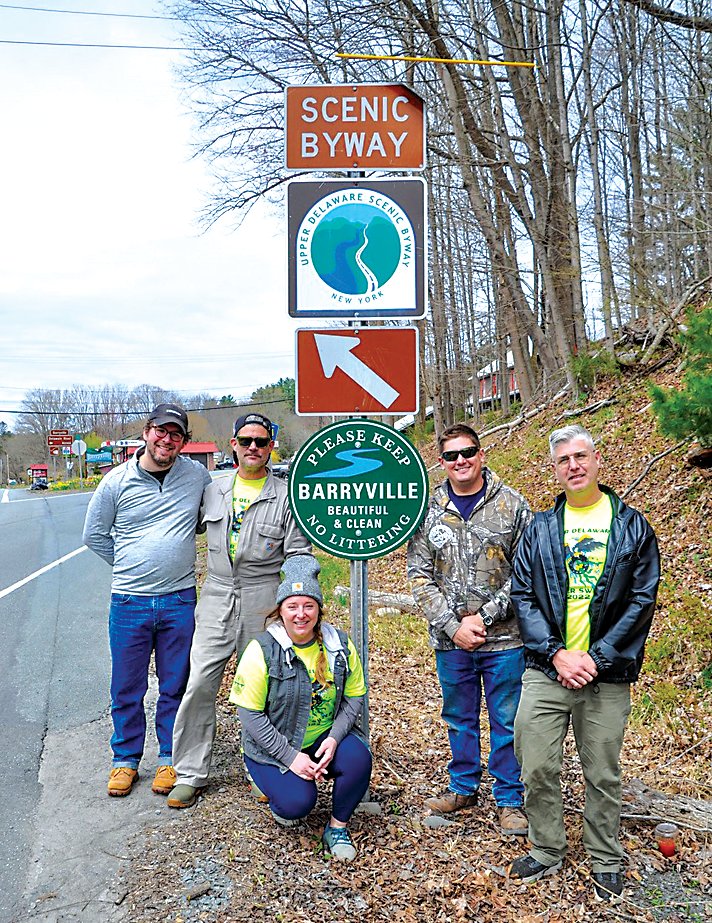 The non-profit organization marks its 20th anniversary in 2022 in protecting the region’s outstanding character, heritage and beauty, while encouraging economic development through tourism and recreation.

The signs were designed by Nicole Camacho of Finehand Signs in Glen Spey and sponsored by those eight communities. They are being co-located on the posts of existing UDSB route marker signs where feasible.

To help keep some trash from accumulating on the roadway, UDSB ordered 5,000 “ragbags” from Earthly Goods that are made in the USA from bio-based materials and designed to be repurposed as a cleaning cloth.

The 10” wide by 11.5” tall white bags with a cut-out carrying handle feature the UDSB logo in green print with a request to “Please Keep Your Byway Clean.”

The ragbags are similar to the plastic litter bags that people would hang from knobs in vehicles, though made from degradable cloth. They would be appropriate for liveries to hand out to customers for their boats or vehicles, retail stores or take-out restaurants to use for the purchase of small non-perishable items, and hikers to fold up in their backpacks, among other uses.

The ragbags are available for pick-up at the Upper Delaware Council office, 211 Bridge St., Narrows­burg, NY. Con­tact info@upperdelawarescenicbyway.org or the toll-free hotline at 866-511-UDSB (8372) to make arrangements.

The UDSB Committee also hopes to introduce solar-powered, WIFI-enabled “Big Belly” compacting trash receptacles along NYS Route 97, experimentally at four initial locations to include two sites in the Town of Highland through sponsorship by the Greater Barryville Chamber of Commerce, the Rt. 97 rest area pull-off in the Town of Lumberland, and downtown Narrowsburg in the Town of Tusten.

Fiscal sponsors for the annual lease and maintenance costs of these innovative units from Waste Management, Inc. are being sought. They have dual objectives of providing a responsible means to dispose of garbage, while extending cellular service signals for the safety and convenience of the motoring public within their ranges.

Recently, the Upper Delaware Scenic Byway was also a “Litter Slayer” ($500 level) sponsor of the 2nd Annual Upper Delaware Litter Sweep which began on April 22 Earth Day under the coordination of the Upper Delaware Council as a series of land-based clean-ups in 15 riverside towns and townships in NY and PA.

New York State legislative action officially designated the Upper Delaware Scenic Byway in 2002 to include over 50 miles of Route 97 starting in the Village of Hancock in Delaware County, picking up again at the Town of Delaware line and running through Cochecton, Tusten, Highland, and Lumberland in Sullivan County, and extending to the Town of Deerpark and City of Port Jervis in Orange County.

A volunteer board representing nine municipalities, along with a committee of stakeholder organizations and agencies working in the Upper Delaware region, holds public meetings on the 4th Monday of each month at 7 p.m. generally in Narrowsburg and with a Zoom participation option.