BARRYVILLE – Camp Fun is More Fun Outside (FIMFO), owned by Northgate Resorts, is proposing a $44.9 million dollar development dubbed the “new generation of camping” that is slated … 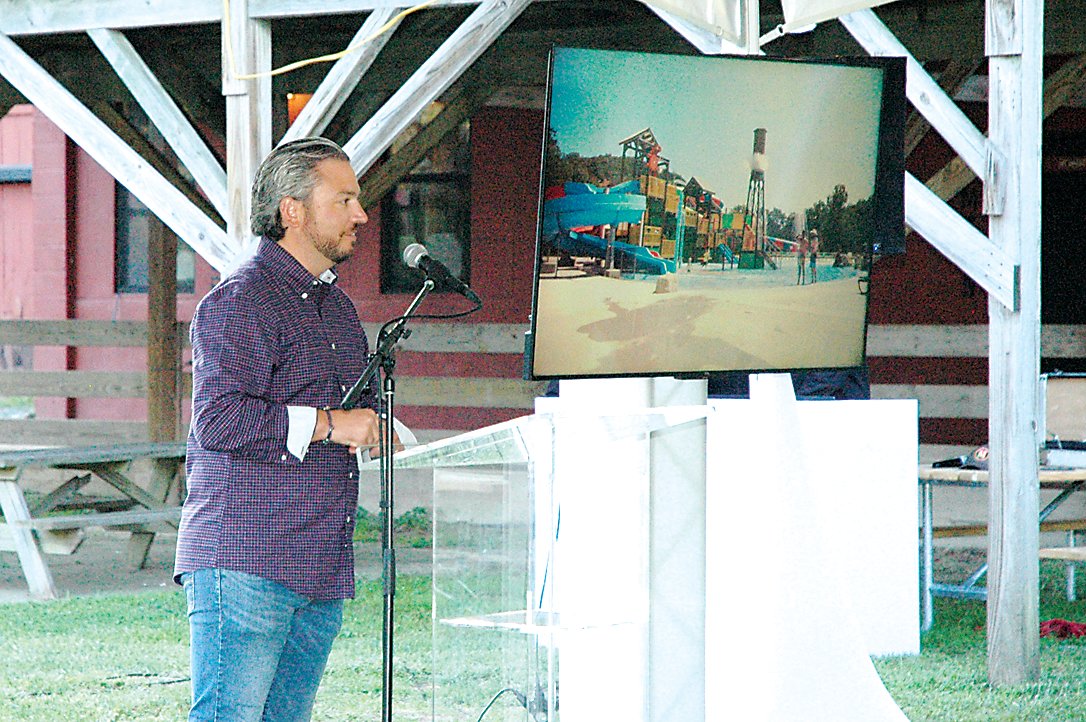 BARRYVILLE – Camp Fun is More Fun Outside (FIMFO), owned by Northgate Resorts, is proposing a $44.9 million dollar development dubbed the “new generation of camping” that is slated to take over the former campsite of Kittatinny Canoes in Barryville – complete with an outdoor pool area, a mountain coaster, and an RV campsite.

Leading officials within the developing project held a press conference to explain maps, details and plans to the public at the Cedar Rapids restaurant in Barryville on September 15. Over 20 members of the public voiced concerns regarding the environmental impacts, logistics, safety, and other areas of interest.

Kittatinny Canoes general manager Rocco Baldassari gave a breakdown presentation on the project before the crowd.

A brief look at Camp FIMFO

In the presentation, it was stated that the campsite would create roughly 89 full-time jobs, with nine of those being manager positions. It is expected to total around $2.5 million in wages.

Baldassari spoke about efforts to keep the Hudson River Valley clean, including the continuation of the river clean-up event named after Ruth Jones, which brought over 100 volunteers out to pick trash from Barryville to Milford this summer.

Baldassari also noted the development is “making adjustments to avoid major tree removal” on the property, as well as adding retention areas with the intention to preserve and highlight the D&H canal.

Alongside the anticipated campsite which will be fitted to serve RV trailers, the plans lay out designs for an outdoor pool area and a gravity powered mountain coaster. Camp FIMFO representatives noted that the water usage would equate to roughly 34,000 gallons per day, with 29,000 gallons a day for the septic systems.

Baldassari stated that “investment upgrades to the Kittatinny property would increase sustainable growth throughout tourism and increase awareness of Barryville.”

He went on to say that there is an estimated 2.5 million adults living within two hours of Kittatinny who participate in camping one or more times a year.

Residents in attendance were concerned with a handful of ideas set before them, including the percentage of green, renewable energy that would be used on site. Some also expressed concern about general public safety on the river, increased traffic and if there were any emergency situation plans involved in the development.

Those who commented were interested in the project’s attempts at green energy and environmental impacts beyond the Ruth Jones River Clean Up.

One resident said that “renewable energy is the next generation of camping,” and inquired on the recycling and solar energy plans for the campsite.

Representatives told the commenter that they will be utilizing single-stream recycling, and that there is currently no plans to use solar energy.

A number of tragic drownings on the Delaware River this summer have caused an increase in concern over Kittatiny’s and Camp FIMFO’s future plans to keep people safe on the river.

Representatives told the crowd that they are doing everything they can to ensure safety measures are followed with the usage of life jackets, signage encouraging practicing safety habits and spreading the word.

Camp FIMFO currently has two operational facilities in Texas, located in New Braunfels and Waco. There are plans to open two more locations.

A public hearing regarding the proposed project will take place during a meeting of the Highland Planning Board in the town hall located at 4 Procter Road in Eldred, on September 28 at 7 pm.