ROSCOE – The Catskill Cardinals, an American Basketball Association (ABA) squad, has found their new home at Roscoe Central School. They hosted their first game in the Coach Fred Ahart … 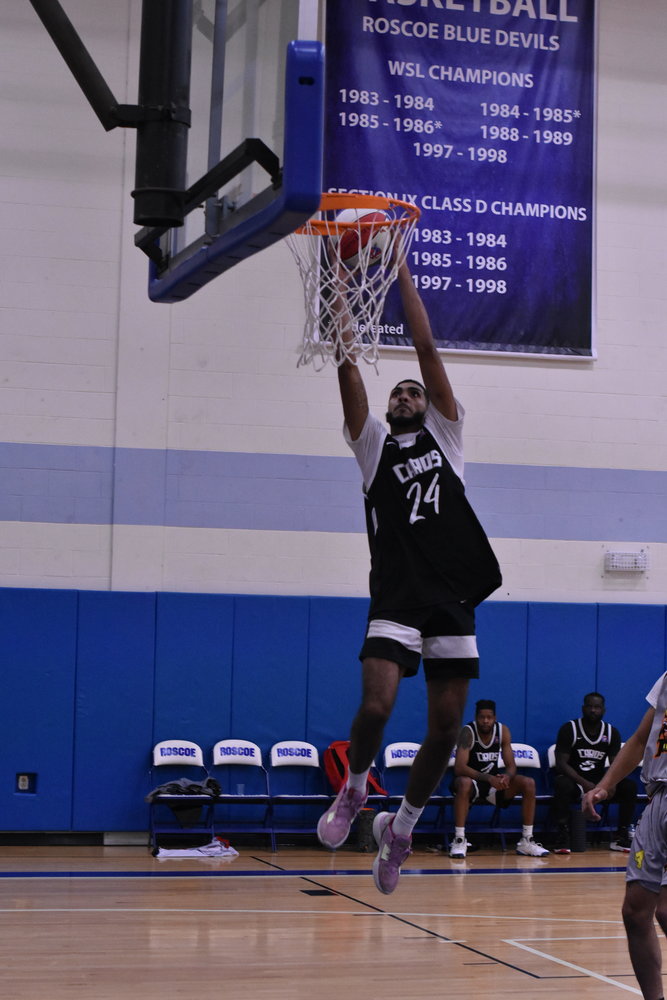 Andre Rivera goes up for an uncontested dunk late in the 4th quarter.
Joseph McDoal | Democrat 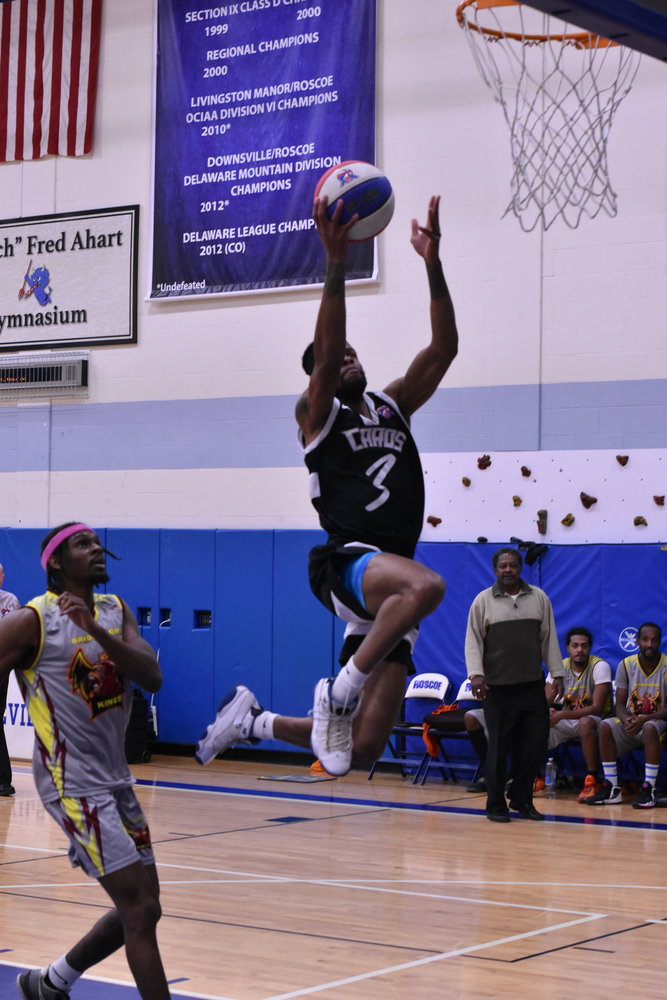 The Cardinals improved to 3-1 on the season with the win, and deployed adept ball movement, and a stifling full-court press to build a lead.

While their fast break offense was a key factor in the game, setting up the fast breaks with their defense solidified the win.

The Kings were forced to rush the ball up the court, where the Cardinals were waiting to swoop in and steal the ball.

After the first quarter, the Cardinals had already widened their lead to 27, leading 39-12, and would continue that pace for the remainder of the game.

By halftime the Cardinals had extended their lead to 50 at 79-29. At the end of the third quarter it was 115-55, which set the stage for a high-scoring final frame.

Both teams switched to an offensive-minded scheme in the fourth quarter, with the Cardinals scoring 57 points in the final frame, while the Kings scored 40.

Richard Dela Cruz hit nine 3-pointers in a row in the fourth quarter, finishing with 16 total from beyond the arc and a game-high 52 points in the win.

By the end of the game, the Cardinals ran away with it, nearly doubling their opponents score in the home opener.

The Cardinals will be back at RCS on December 12 for their next home game.