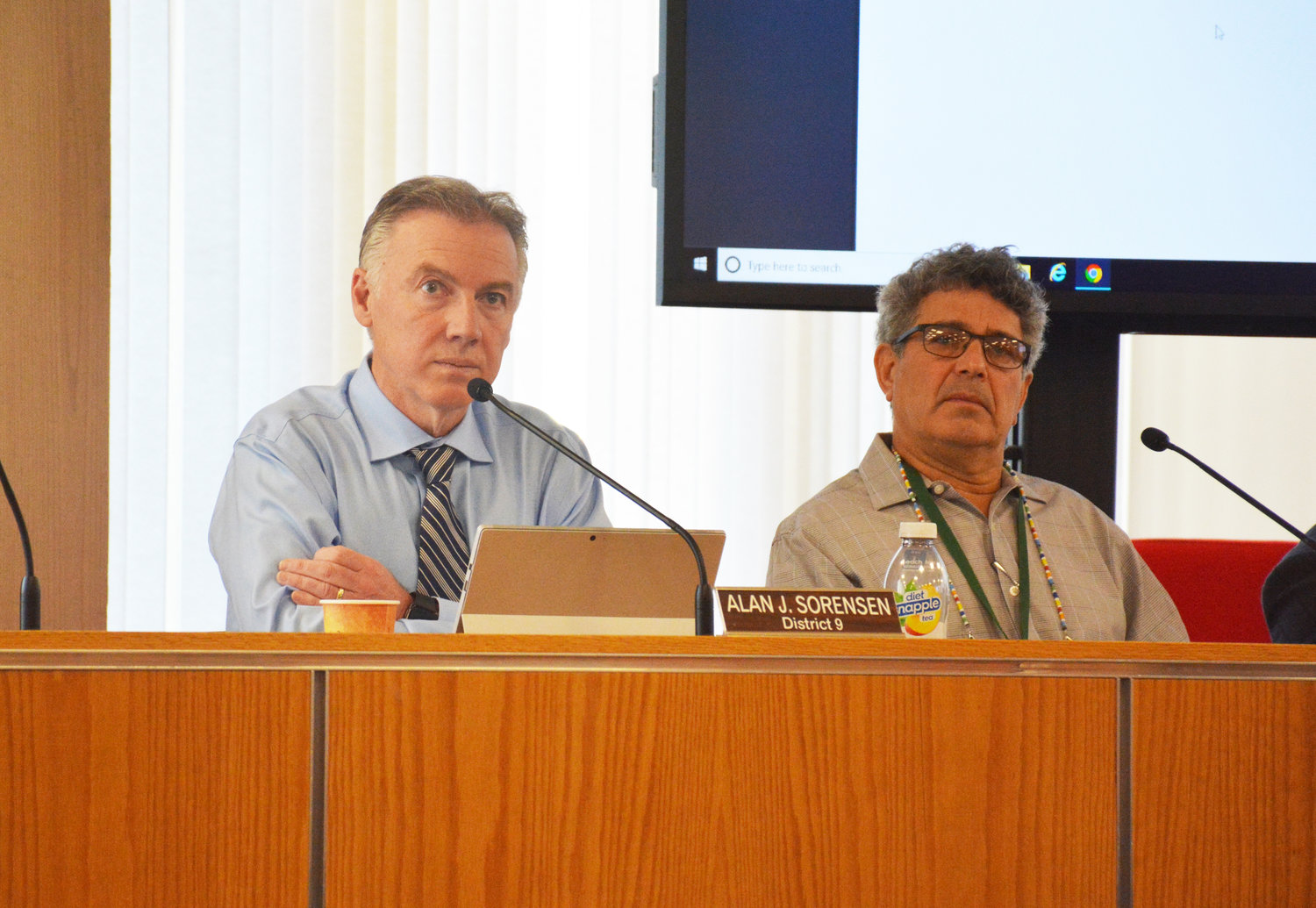 LIBERTY –– The focus of Thursday’s Health and Human Services Committee meeting quickly turned to the Care Center at Sunset Lake following public comments by Lou Setren and Cat Scott, the president and vice president of the Family Council of the Care Center respectively.

The Family Council’s purpose is to advocate for Care Center residents, their families and for the staff of the facility.

Scott and Setren brought up the topic of staffing at the Care Center, specifically in relation to the total number of residents the facility is caring for.

“We have no complaints with the dedicated staff who show up day-in and day-out to try and provide the best care possible,” Setren clarified. “That staff has endured things that no one should be expected to endure throughout the course of the pandemic, and the chronic staff shortages which have ensued as a result of a nationwide shortage.”

Setren said that the Family Council has had numerous meetings with the administrative staff at the Care Center where they’ve expressed concerns about the “increasing census” while they have a “stable, yet stagnant” number of staff members providing direct care to residents.

Setren said they had been told that the upper limit of the census would be 95, based on the acuity level of residents.

“There have been instances where 95 has been exceeded, although of late, I'm happy to report that the census has remained stable at 95 or less,” said Setren.

“I am hopeful that the ongoing recruitment efforts, as well as what appears to be a now renewed commitment to keep the census stable, will improve the situation at the facility,” Setren continued. “But unfortunately in the interim, there have been incidents at that facility, which may or may not have been preventable.”

Scott teared up when talking about her mother, a resident at the Care Center, who fell and broke her hip on April 1.

“The day my mom fell there were 96 residents in that building,” said Scott. “Ninety-six residents they could not care for and that's why my mom fell.”

The Care Center’s Certificate of Need (CON), which is required by the State to operate a nursing home, still rests with the County. A consulting agreement has been in place between the Sunset Lake Local Development Corporation (LDC), who are the owners of the property, and Infinite Care, who are serving as a contracted vendor to operate the facility.

Legislators Ira Steingart, Joe Perrello and Luis Alvarez all noted that they’d been contacted directly by members of the public regarding conditions of people at the Care Center.

“Several months ago, this Legislature discussed the issues with the [Care Center], saying that we were not getting enough information, and it was requested that the LDC come on a regular basis and update us on what's going on up there,” said Steingart. “There are many issues that were brought up today and I have a lot of concerns … but the bottom line is we're not given any information and it's upsetting. We're talking about people's lives there. I'm not saying everybody's not trying their best, but something doesn't seem right, and I'm going to insist that we get reports on a regular basis to find out what's going on.”

Brooks said he would get in touch with Salomone to contact the rest of the LDC Board to schedule a time for them to present to the Legislature.

“While we have lost staff in the last few months, we have also had the opportunity to add additional clinical and support staff to the facility in much higher numbers than the number of those that we have lost. Since September we have added approximately 50 staff to the facility. Nearly all of those staff are clinical, therapeutic, resident facing and direct care staff,” said Care Center Administrator Megan Holton. “We continue to work with the county and Infinite Care, as a facility, in order to incentivize new hires to come to our facility, boost morale for our staff and to provide opportunities for those in the community who are interested in entering the healthcare field through our TNA program.”

Holton’s statement went on to say, "We understand that regardless of the hard work and dedication of all of our staff that there are unfortunately incidents that do occur at all facilities at times. We have addressed any recent events that have affected our residents or facility negatively and continue to strive everyday to provide the highest quality of care to our residents at the facility.”