It was back in August of 2010 that Myron Gittell received the first proof of the reprint he had decided to finance of the iconic book about Sullivan County, Manville B. Wakefield’s “To … 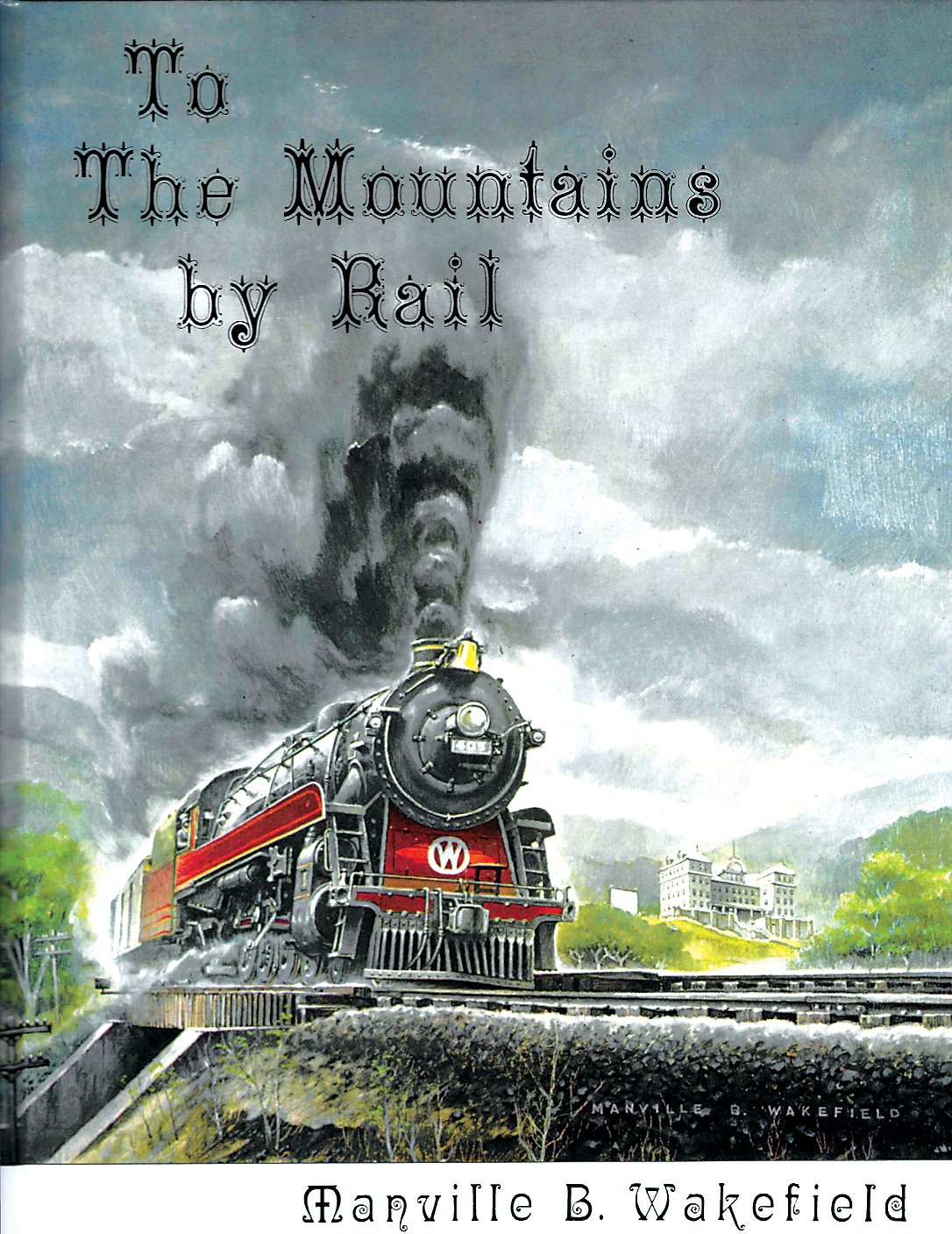 More than 50 years after its first publication, the iconic book, “To The Mountains by Rail” has been reprinted by Load ‘N Go Press.
Contributed Photo
Posted Friday, December 3, 2021 7:00 am
John Conway

It was back in August of 2010 that Myron Gittell received the first proof of the reprint he had decided to finance of the iconic book about Sullivan County, Manville B. Wakefield’s “To The Mountains by Rail.”
Gittell found the quality of that proof to be unacceptable, as were approximately 20 proofs he would look at thereafter, but he did not give up. Having received permission from Wakefield’s widow, Barbara, to reprint the 1970 classic, he was determined to get it done.
And two days before Thanksgiving this year, the finished product arrived. It is a magnificent accomplishment, and will make Wakefield’s masterpiece available to a new generation of history buffs.
Although most of the credit for the reprint goes to Gittell-- whose one-man publishing company, Load ‘n Go Press of Kiamesha Lake is listed as the publisher-- he did not do it alone, and he is quick to share the credit.
“This would never have gotten done without the O&W Railway Historical Society,” he has said over and over. “I owe a debt of gratitude to members Jeff Otto and Mark Kennaugh, whose talents and tireless efforts helped bring this wonderful book back to life.”
Volunteers from the O&W Railway Historical Society spent hour after hour over the past two years painstakingly locating and rescanning many of the original photos from the book so that, thanks to modern digital imaging technology, the quality of the reprint is superior to even the first printing.
And Gittell could not be happier that the final product arrived in time for the holiday gift-giving season.
“The timing was accidental, but fortuitous,” he says.
Aside from James Eldridge Quinlan’s 1873 history of Sullivan County, there is no more important book about the region than “To The Mountains by Rail.”
As its title suggests, the book tells the story of the railroads that served the region—principally the New York & Oswego Midland Railroad (later known as the O&W), although the Monticello & Port Jervis is included, as well-- and of the resort industry those railroads spawned. It is possible to fully understand that relationship only by observing it through Wakefield’s prism, by reading the book.
Wakefield spent years accumulating photographs and rare documents and ephemera, as well as information, about the very early years of the resort industry in Sullivan County. As a true Renaissance Man, he adeptly supplemented that collection with beautiful paintings and sketches from his own hand. He wisely chose to present that material in chapters corresponding to the stops along the railroad serving the county. It was a stroke of genius that provides those of us who have come along afterward with a treasure trove of information unavailable anywhere else.
Although no one knew it at the time, Wakefield was writing his masterpiece just as the area’s Golden Age was ending, and when the book was published in 1970, it served as a fitting epitaph for the great hotels of the Sullivan County Catskills. No better treatment of the industry has ever been crafted.
This all-important book has become difficult to find in recent years, but its significance has not diminished. Its content could never be duplicated or surpassed, so to have it reprinted again is a major stroke of good fortune for those seeking knowledge and wisdom about the history of Sullivan County.
“So much history was recorded in Wakefield’s book, I feel most fortunate in playing a part in bringing this classic (out of print for over 30 years) back to life,” Gittell wrote in a Publisher’s Note prefacing the reprint. In that same Publisher’s note, he writes that the original “To The Mountains by Rail” was a labor of love for Wakefield. He might have added that the reprint is no less so on his part.
The reprint of “To The Mountains by Rail” is available for purchase at numerous outlets throughout Sullivan County, including the Sullivan County Historical Society Gift Shop, the Hurleyvile General Store, the Kristt Company in Monticello, Canal Towne Emporium in Wurtsboro, Morgan Outdoors in Livingston Manor, and Monique’s Books in White Sulphur Springs.
Myron Gittell will be at the Sullivan County Museum from noon to 5 p.m. on Sunday, December 5 to discuss and sell the book and other Load ‘N Go titles.

John Conway is the Sullivan County Historian. Email him at jconway52@hotmail.com. He will be leading the Hurleyville History Hike on the east side of the Milk Train Trail just off Main Street in Hurleyville at 11 a.m. tomorrow (Saturday, December 4) and will discuss and sign copies of his two latest books at the Hurleyvile General Store, 238 Main Street, at 2 p.m. tomorrow afternoon.