So a customer called this morning to see if we had some clover seed for a yard she was refurbishing for a client. Knew she heard about red and white clover, but was not sure which one would be best … 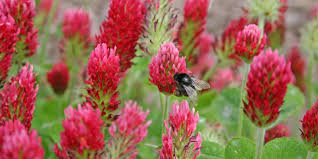 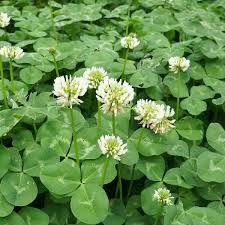 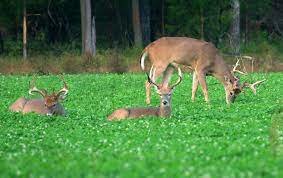 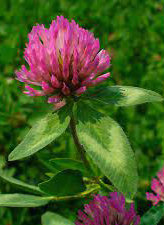 So a customer called this morning to see if we had some clover seed for a yard she was refurbishing for a client. Knew she heard about red and white clover, but was not sure which one would be best to use in our area.

Another benefit of clover is that it doesn’t brown out in the summer like some grass will when the sun is hot and conditions are dry. Because of its broad leaves, clover does a much better job of shading their roots as compared to grass blades. There are different varieties of white clover, but only the Dutch white clover is used for lawns.

Ladino clover is a taller variety of white clover that grows a foot tall and is a highly prized food source for deer. There are multiple different varieties of Ladino clover, although they all grow pretty much the same and the deer are not that picky anyway. Berseem clover in another white variety that grows taller than Ladino to around twenty four to thirty inches tall.

Alsike clover is an old variety that we used to sell way back in the nineteen eighties that can grow to four feet tall. These taller varieties would often be used in pastures both to help the grasses grow and to provide higher protein forages. Red clover is also used as a pasture clover. Growing to a height around three feet, red clover mixes well with most forage seeds to produce an attractive field plot for deer.

Crimson clover has a slender flower and grows two to three feet tall and is the hardiest clover growing as far north as Hudson Bay in Canada. This time of year is a good time to sow clover as it is perennial and even with the cooler nights, there is still plenty of season left for it to germinate and take hold before the winter sets in.

Unfortunately, if you do want it for a deer plot, the clover should have been planted back in the spring. Even though the clover will grow now, it will be too small to attract that big buck you may be hoping for. For fall plot seeding there is radish, turnip, pea and beets that will grow tall enough by November to be an effective attractant.

Unlike the clover, these others are not perennial, so they are just one and done as far as attracting deer. If you are planning on making a deer plot it is also advisable to put up some fencing to keep the deer away while your seedlings are first taking root.

Once established, these perennials can survive being chewed to the ground, but if they get chewed too early they run the risk of have the roots pulled out of the ground while the deer are grazing. If that happens they won’t be coming back next year, so protect your seedlings.

So the last word about clover for this week, Bees love it all, but remember, Dutch white clover for lawns and everything else for deer or forage.

How to tend to your lawn