MONTICELLO — No matter what happens in November, Sullivan County will soon be represented by a new congressman. Since the state legislature approved new redistricting maps earlier this year, … 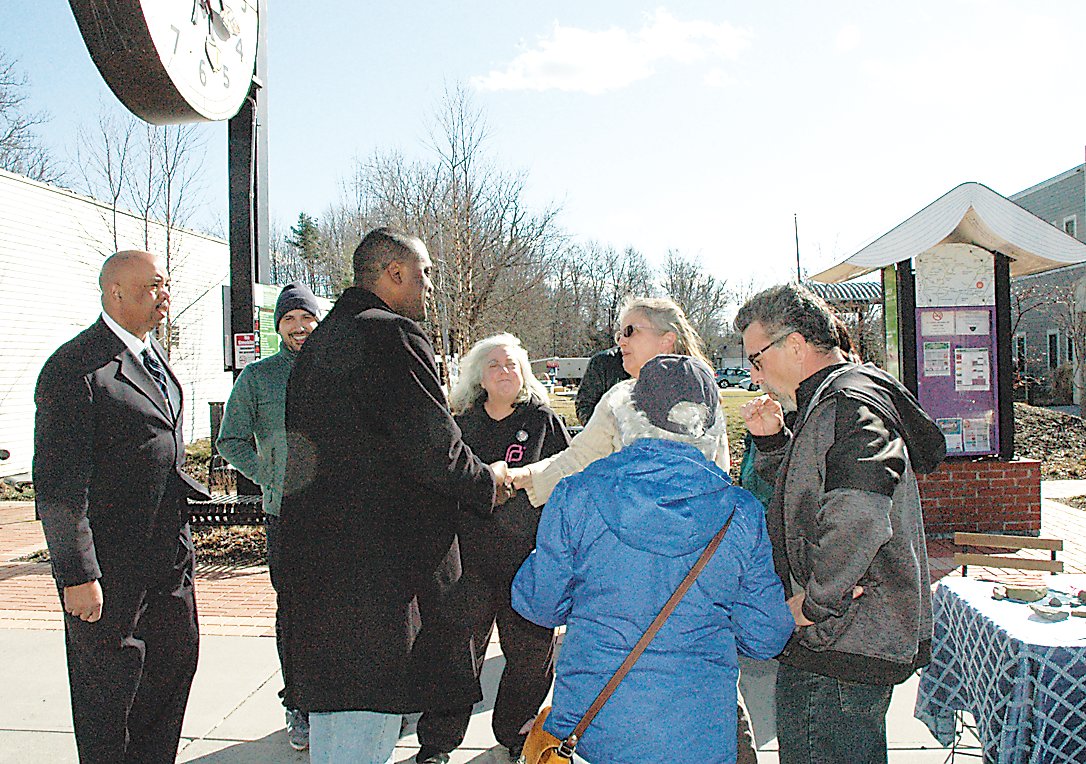 Incumbent Congressman Mondaire Jones met with residents of the Village of Monticello on Broadway on Monday.
Derek Kirk | Democrat 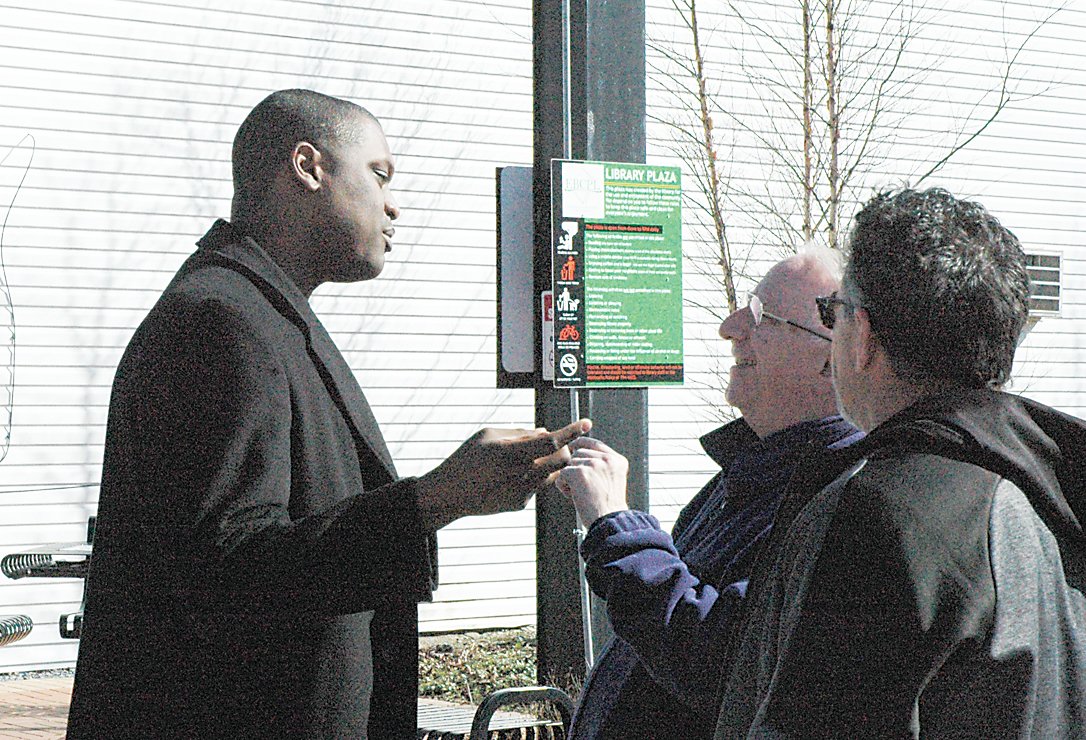 Rep. Mondaire Jones, left, is running to represent all of Sullivan County as part of the new 17th Congressional District.
Derek Kirk | Democrat
Previous Next
Posted Friday, March 25, 2022 6:10 am
By Derek Kirk

Residents in Monticello had the chance to meet incumbent Congressman Mondaire Jones during his visit to Broadway in Monticello on Monday.

Rep. Jones’ 17th Congressional District will include all of Sullivan County, as well as parts of Rockland, Westchester, and Orange counties.

Just outside of the Ethelbert B. Crawford Public Library, the Sullivan County Democratic Committee (SCDC) had set up a pop up voter registration and voter information table.

After his arrival alongside SCDC Vice Chair Al Dumas, Jones met with constituents.

“In talking with voters, I am listening and learning about the issues facing Monticello, and Sullivan County as a whole: health disparities, lack of broadband access, and rapidly increasing housing costs,” Jones said.

“In my conversations, voters are particularly excited about my Freedom to Repair Act, which would give everyone the right to repair their own devices, including farm equipment, without being subjected to predatory pricing from greedy corporations. I hope to pass that bill into law this year,” Jones said.

“This was my second visit to Monticello since I learned I would be running to represent all of Sullivan County this year, and it's already feeling like home,” Jones said. “I see so many similarities between Monticello and my hometown, the working-class village of Spring Valley, NY; both tight-knit communities with can-do attitudes.”

Barbara Schmitt, Democratic Committee member in the town of Fallsburg, assisted in operating the voter registration booth in petitioning for votes and met with Congressman Jones during his visit.

“We’ve been so happy with Antonio [Delgado] and I think we’d be more heartbroken if we weren’t getting somebody so great,” Schmitt said.

“We were pleased to host Congressman Jones on his visit here yesterday [Monday] and were glad that he was able to meet people in Monticello,” said SCDC Chair Anne Hart. “We're excited to get to know him better and to help him to understand the particular nature of this county so that he can strongly represent and advocate for us in Congress.”

The SCDC has recently officially endorsed Congressman Jones as their nominee on the ballot for the Democratic Primary, which will take place on June 28.

On November 8, incumbent Congressman Mondaire Jones will be running against Republican candidate Jack Schrepel on the ballot for the Congressional District.