BETHEL — The Sullivan County Conservative Party conducted interviews March 16 in their selection process for choosing which candidates to endorse for elections in November. These interviews … 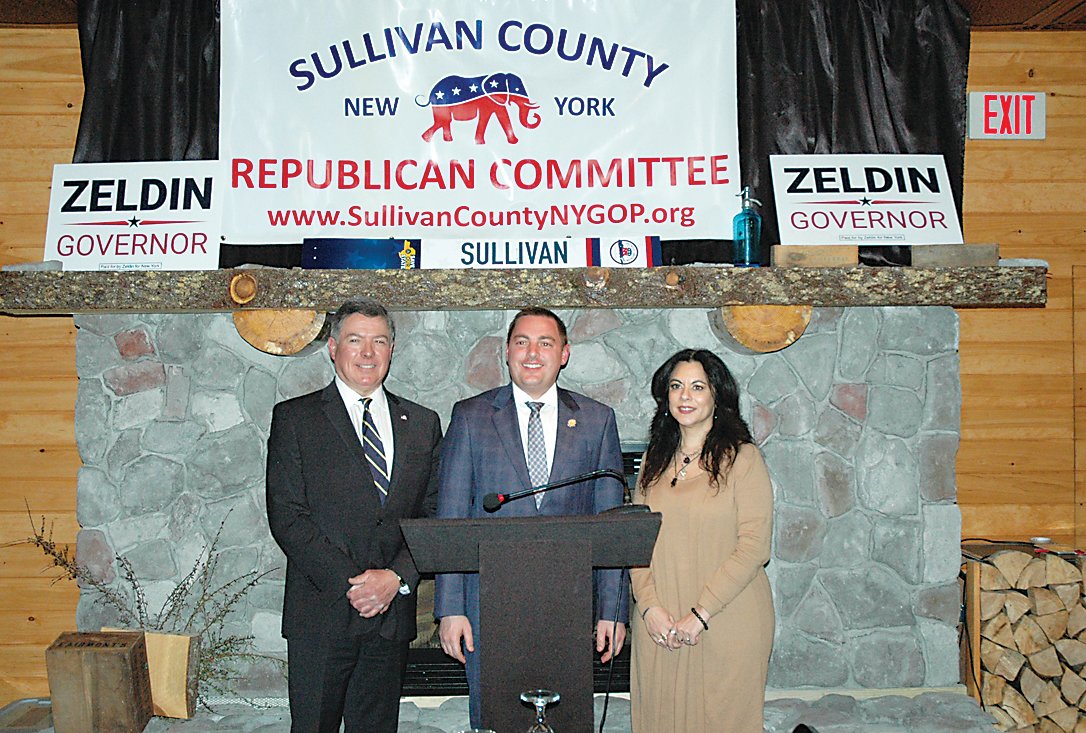 BETHEL — The Sullivan County Conservative Party conducted interviews March 16 in their selection process for choosing which candidates to endorse for elections in November.

These interviews were held at the same time as the Republican Committee’s dinner meeting, at which some interviewees reconvened and relayed their interview processes before the committee.

Jacqueline Ricciani, who will run for the position of Sullivan County Family Court Judge this November, was confirmed to receive the endorsement from the Conservative Party.

Ricciani offered her gratitude before the Committee for the continued support in her campaign.

“The message I want to get out is we need change,” LaBue said to the Republican Committee Wednesday night. “We need somebody that advocates for us.”

Mike Martucci has been endorsed by the Conservative Party as well as by the Republican Committee in his re-election campaign for New York State Senator of the 44th district.

“I want to thank all of you for your support and for your [Sullivan County Republican Committee] nomination last month,” Martucci said.

Schrepel spoke before the committee on his personal history, giving insight to his political views and beliefs.

“I would reverse everything Biden has reversed,” Schrepel told the committee. “I am really interested to move into this campaign, and be successful.”