MONTICELLO — Sullivan County Clerk Russell Reeves told legislators on Wednesday that cuts to the Clerk's Office will have a “catastrophic effect.”

The staff of 14 was reduced to four … 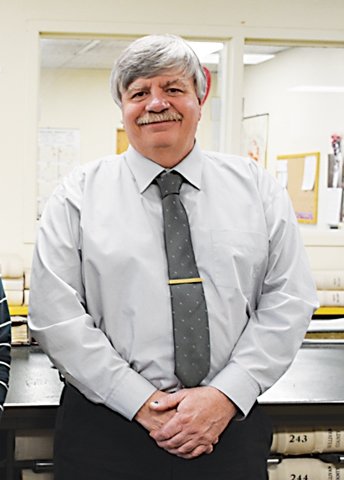 MONTICELLO — Sullivan County Clerk Russell Reeves told legislators on Wednesday that cuts to the Clerk's Office will have a “catastrophic effect.”

The staff of 14 was reduced to four positions. He said he was not in favor of the cuts, nor was he involved in the decision-making process.

“The ramifications of these cuts will all but paralyze the local economy of Sullivan County,” he said. “We will be in dire straits after the staff cut on Friday [today]. We are already working at a reduced staff.”

The cuts will affect a variety of businesses and individuals who utilize the Clerk's Office, Reeves remarked, such as lawyers, banks, engineers and residents looking to buy or sell a home. The cuts will end home sales and new home building will cease.

Reeves said the entire land and recording department and records retention department have been eliminated from the office. In addition, the civil department is down to one staff member. He said staff is cross-trained to work in several departments, but it will still have detrimental effects.

“By basically eliminating all three departments it takes the functionality out of the Clerk's Office,” Reeves told the Democrat. “The office will continue the best we can, but things will have to come to a screeching halt.”

Reeves highlighted that the Clerk's Office is one of the most used in the county. In the last month it brought in $400,000 in revenue, which the county can use as discretionary spending, he said. They also recorded over 1,000 transactions in the last month.

While no changes have been made by the legislature yet to bring back staff, Reeves is hopeful.

“I've been in constant communication with the county manager and the legislators and am hoping they will restore the Clerk's Office to functionality,” he said.

Also on Wednesday during the special meeting of the legislature, Ray Stanishia, Recording Secretary/Business Agent for Teamsters Local 445 expressed anger over the county layoffs, saying he represents over 600 of the county employees, many of whom were furloughed.

He said they are already understaffed and overworked, and many have been laid off in the past. He questioned why they had to be chosen again.

“Your terms are short, our memories are long,” he told the legislators.

Legislature Chairman Rob Doherty responded that if they did not enact the layoffs, there would be a 30 percent tax increase.

“We're opting not to burden the people of Sullivan County any more than we have to,” Doherty stated.

He added that they have “every intention of bringing people back,” and that it was a tough decision.

The original list of layoffs included 77 positions, but the legislature voted unanimously to bring back two of them: an addiction specialist and a social worker in the county's Community Services Department.

How can humanity insure a brighter future?