BETHEL — An investigation of environmental contamination is currently underway at the Sullivan County International Airport.

Sullivan County says they are conducting the airport … 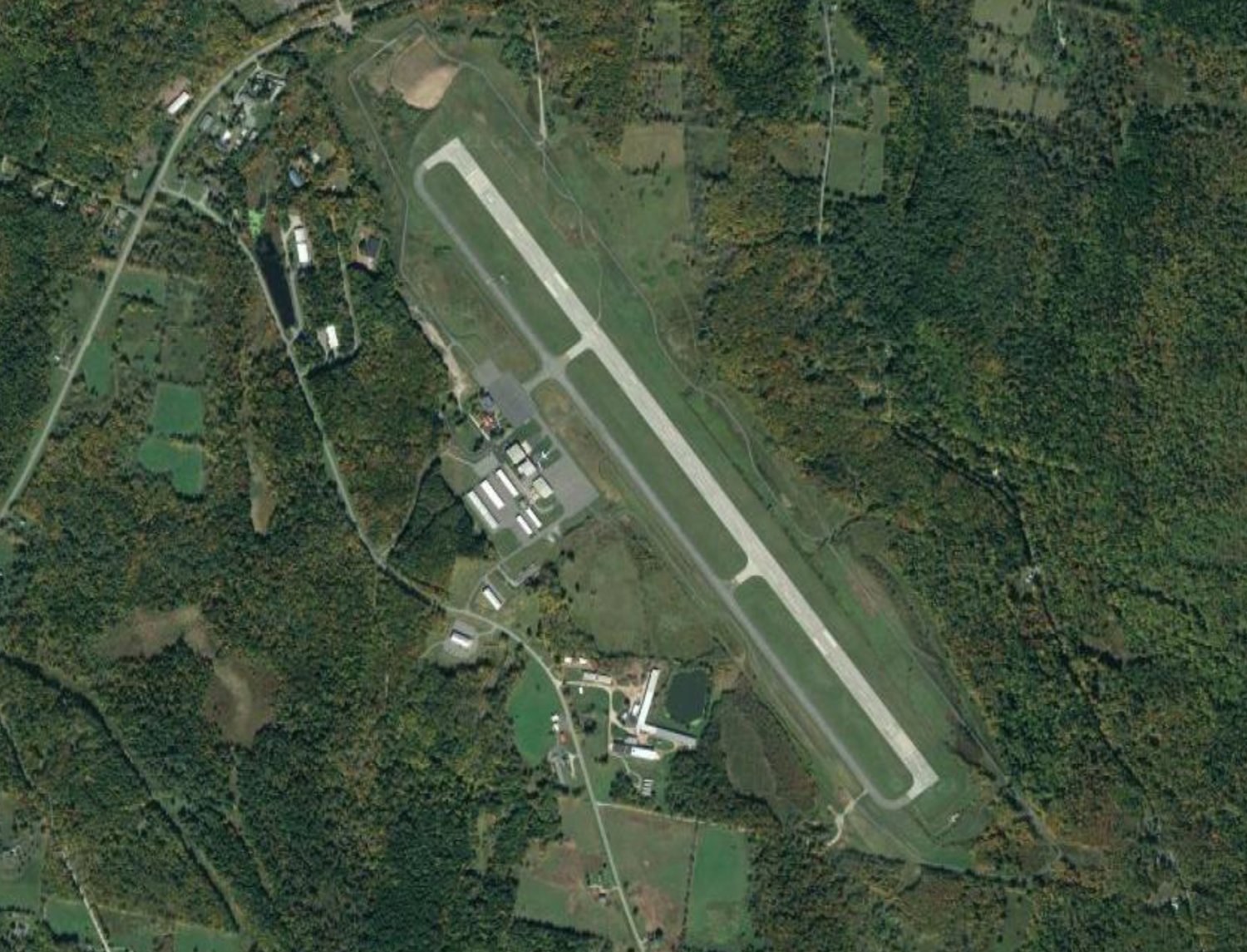 According to the New York State Department of Environmental Conservation, the superfund site includes the western portion of the airport and covers approximately 116 acres.
Contributed photo
Posted Friday, November 26, 2021 5:33 am
By Matt Shortall

BETHEL — An investigation of environmental contamination is currently underway at the Sullivan County International Airport.

The DEC announced recently that the investigation will “define the nature and extent of contamination in soil, surface water, groundwater and any other parts of the environment that may be affected for the purposes of developing a cleanup plan to protect public health and the environment.”

As previously reported in the Democrat, The Sullivan County International Airport was added to the state's Superfund Program in September, 2020, after soil and water samples indicated the presence of poly- and per-fluoroalkyl substances (PFAS). The DEC says that PFAS contamination is associated with the past use of Aqueous Film Forming Foam once used in fire training activities at the airport.

The New York State Superfund Program (SSF) identifies suspected inactive hazardous waste disposal sites they say pose a significant threat to public health and the environment. These sites then go through a process of investigation, evaluation, cleanup and monitoring.

The DEC lists the Sullivan County Airport as a Class 2 site in the State Registry of Inactive Hazardous Waste Sites. A Class 2 site “represents a significant threat to public health and/or the environment; action is required.”

The DEC says the site consists of the western portion of the airport and covers approximately 116 acres.

In terms of private well testing, the DEC says that 21 properties have been sampled in the area and four showed PFAS levels exceeding the state’s public drinking water standard.

“We’ve been working with the DEC for several years on this issue and will continue to comply with their guidance and directives,” said Sullivan County Division of Public Works Commissioner Edward McAndrew. “The contamination is contained to a very localized area, and we provide bottled water to all affected.”

The DEC says that the environmental investigation will include the installation and sampling soil borings to identify possible on-site sources of contamination. It will also sample surface water and sediment, as well as installing and sampling groundwater wells to further characterize and monitor the potential for the leaching of soil contamination to groundwater.

Furthermore, the investigation will include geophysical testing on existing bedrock wells to identify any potential water transmitting fractures. The DEC says that continued assessment of private well sampling data and outreach to property owners who have not responded to prior solicitation efforts by Sullivan County will help ensure the protection of drinking water sources.

The investigation findings will be summarized in a report and a “feasibility study” will be conducted to develop and determine what actions, if any, are needed to address site contamination.

As the Democrat reported back in August, the airport has seen increasing air traffic and revenue in recent years. The County, which owns the airport, is actively trying to market the facility as a base of operations for small and midsize jet aircrafts. The county has sought out grants from the state and the federal governments for capital improvements that could attract more businesses to the airport and is continuing to do so.

Earlier this month, it was announced that the airport would receive some $790,000 from the $1.2 trillion federal infrastructure bill that was signed into law on November 15.