ROCK HILL – Summer is half over but there is more softball to be scheduled for the Rock Hill Fire Department softball complex, Frog Field, which offers a well-manicured softball diamond with a … 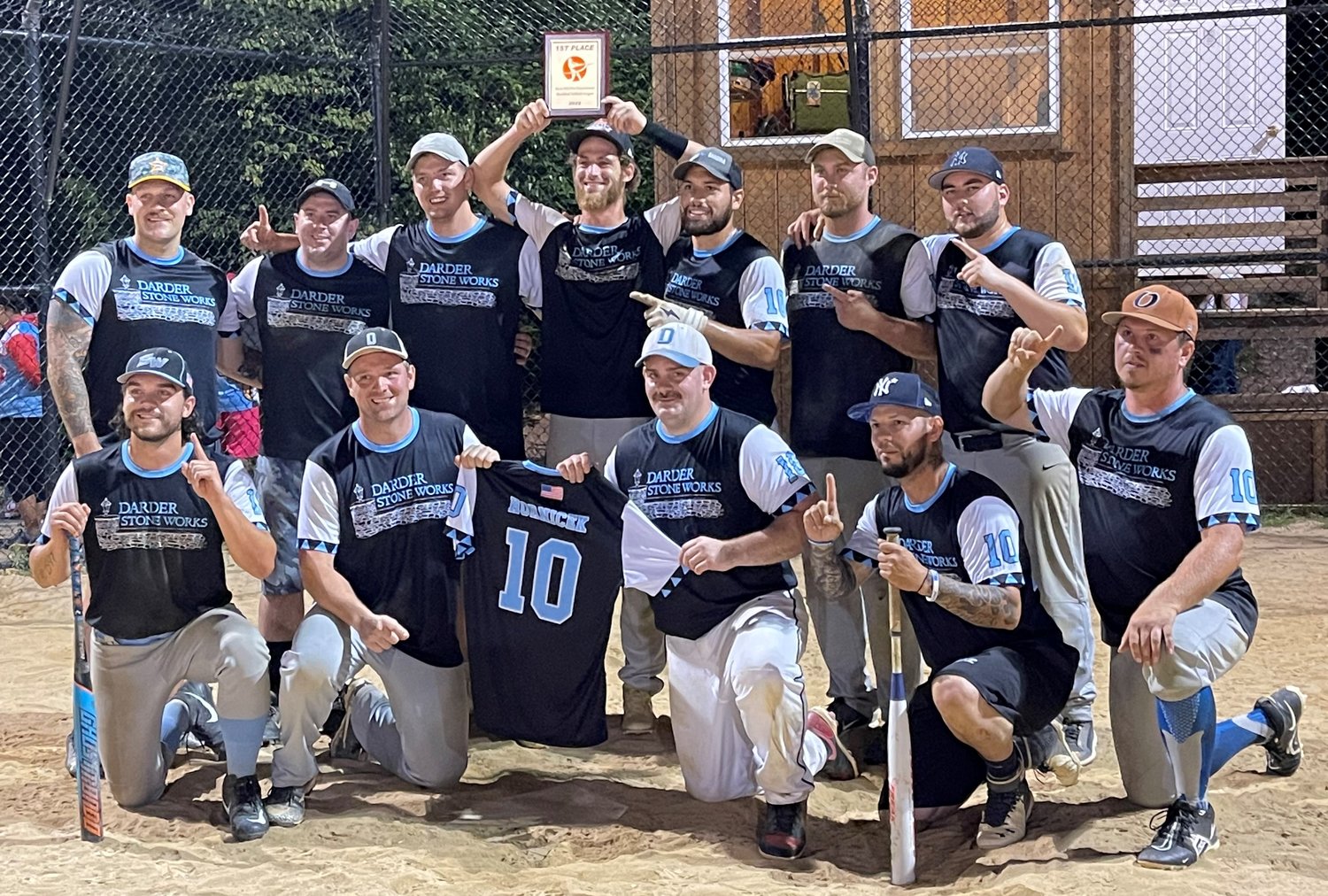 ROCK HILL – Summer is half over but there is more softball to be scheduled for the Rock Hill Fire Department softball complex, Frog Field, which offers a well-manicured softball diamond with a dirt-sand infield and fencing surrounding the entire field.

A fall league meeting will be held on Tuesday, August 9 at 6:30 p.m. at the Rock HIll Fire Department pavilion next to the field. The fall softball league season will begin on Monday, August 22.

Darder Stone Works won the first game of the championship series on Wednesday, July 27 in a come from behind thriller, 20-19.

The championship series then shifted to Friday night (July 29) with a 6:30 game with Busch Bombers only having eight players to start the game with.

The shortage of players (Busch finally got a ninth player) triggered an upsurge for Busch as they went on to win this game under the 10-run rule, 17-7, forcing the third and final game of this three game league championship series.

The league leading Darder Stone Works team showed their championship qualities in this game as their bats and fielding defense crowned them as league champions with a 16-6 (10 run rule) victory.

The win gave Darders a regular season record of 13-1 and an overall record of 17-3.

Winning pitcher Eric Leewe said his best pitch for the night was, “the last out, because that is when I felt comfortable about winning.”

Looking back at the league championship win the victory came about because of clutch base hits and clean fielding coupled with a strong pitching performance.

Darder Stone Works noted that they, “would like to dedicate this season and championship to their former Captain Corey Hornicek who unexpectedly lost his life a few years ago, and we know he was with us every step of the way.”