Sitting in the ‘old gym’ at Roscoe Central School, that’s how one student said they felt following a joint demonstration involving … 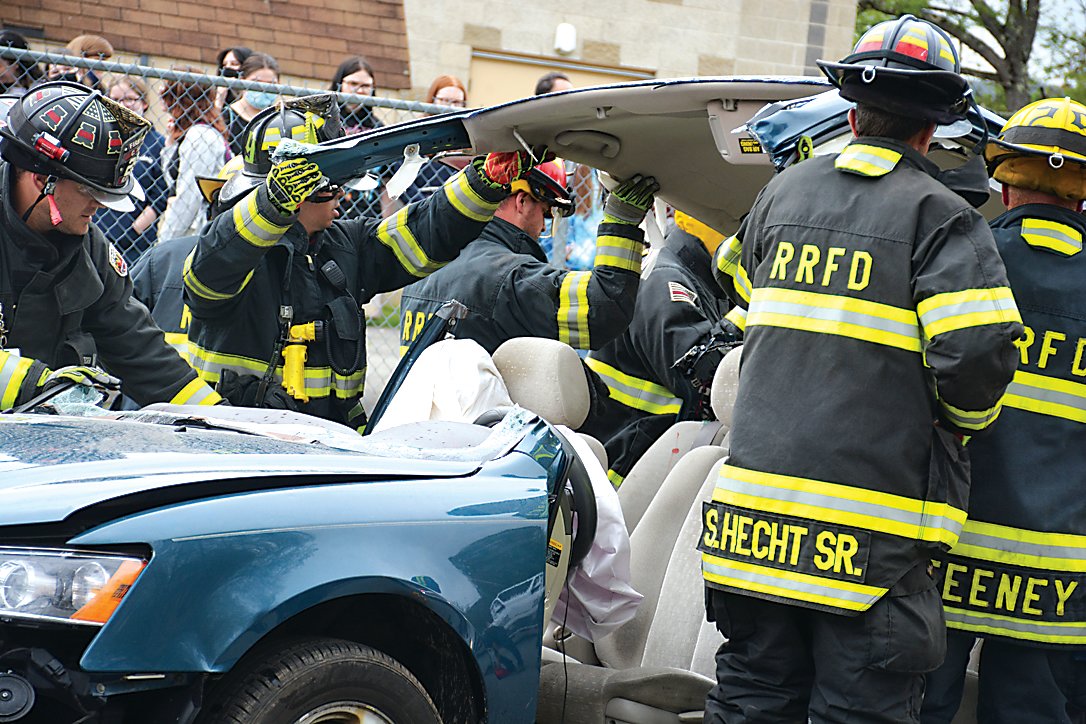 Roscoe-Rockland firefighters work to remove the roof of the vehicle hit by an “impaired driver,” in order to get to an “injured passenger.”
Joseph Abraham | Democrat 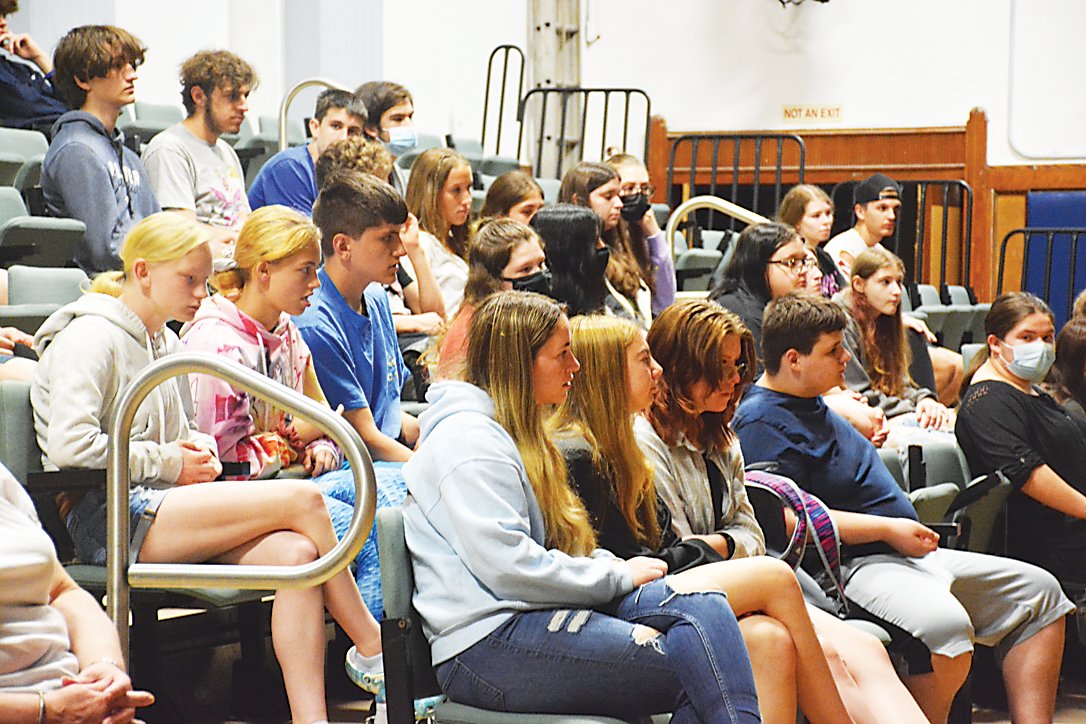 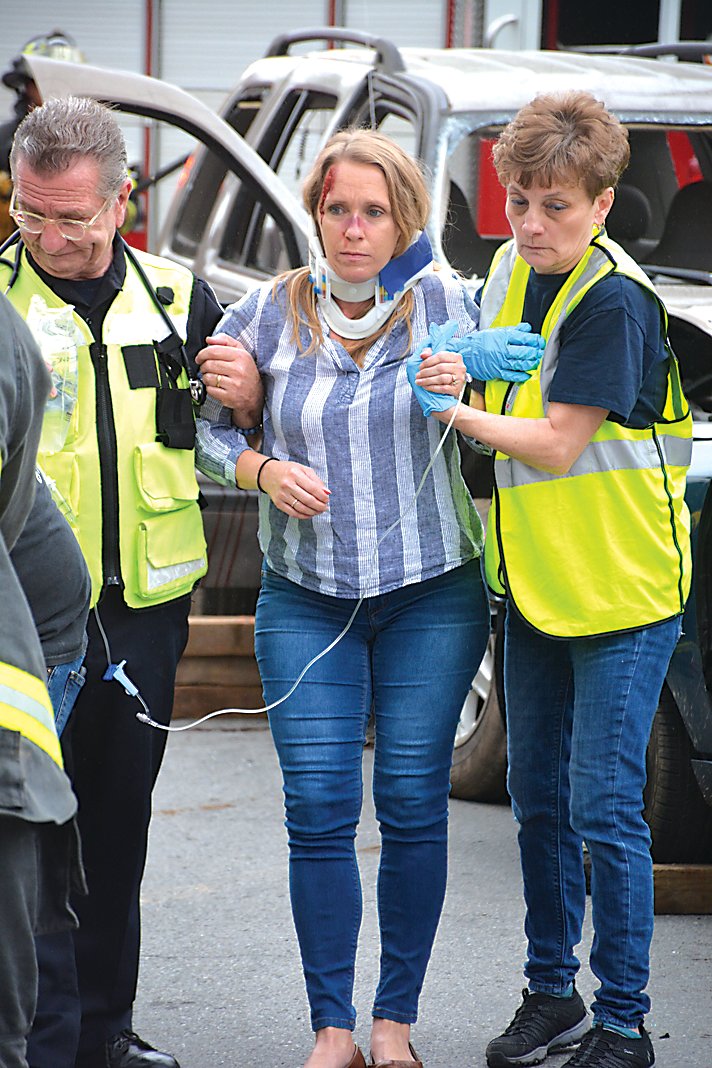 Roscoe CSD Grant Director Rebecca Ackerly (center) volunteered to act out a demonstration where her vehicle is hit by an “impaired driver.” She is assisted by County Coroner and Mobilemedic EMS Founder Albee Bockman, and Roscoe-Rockland Volunteer Ambulance Corps’ Donna Bowers.
Joseph Abraham | Democrat
Previous Next
Posted Friday, May 20, 2022 6:10 am
By Joseph Abraham

A similar demonstration was recently held for high schoolers in Livingston Manor, as prom and graduation quickly approach.

As the students came outside, they witnessed the staged scene, with two vehicles collided. One of the vehicles had a driver who was “impaired,” who was given a sobriety test and then “arrested” by a state trooper. First responders participating in the demonstration went to work tending to those “injured” at the scene. This included removing the roof of one of the vehicles in order to get to one individual who was pronounced “dead” on scene.

“I have a daughter in high school,” said Roscoe-Rockland Fire Chief Guy Baker. “I worry about them, but trust they’ll make the right decisions. But we want to remind [the  students] how dangerous the roads can be and the importance of making smart decisions.”

NYS Trooper and School Community Outreach Coordinator Anca Watt told the Democrat that, “One of the most important tasks that we have is to try and educate the young community about the dangers of driving impaired. The main takeaway is that all of the accidents that we go to within prom and graduation season, involving young drivers, are ultimately preventable. We want young people to understand that they are in control of their decisions and when it comes to driving, to drive safely and understand the risks.”

Mobilemedic EMS Founder and County Coroner Albee Bockman became emotional when talking about having to bury his best friend who passed away in a motor vehicle accident several years ago.

In addition to discussing the dangers of impaired driving, he also warned about texting and driving, as well as speeding.

“We’re not here to frighten you, we’re here to enlighten you,” said Bockman.

Roscoe Principal Janice Phillips told the Democrat that she hopes the kids realize that, “This is a reality in the world and that they make better choices and stay safe.”

It was clear, once the event was complete, that the message resonated with those in attendance.