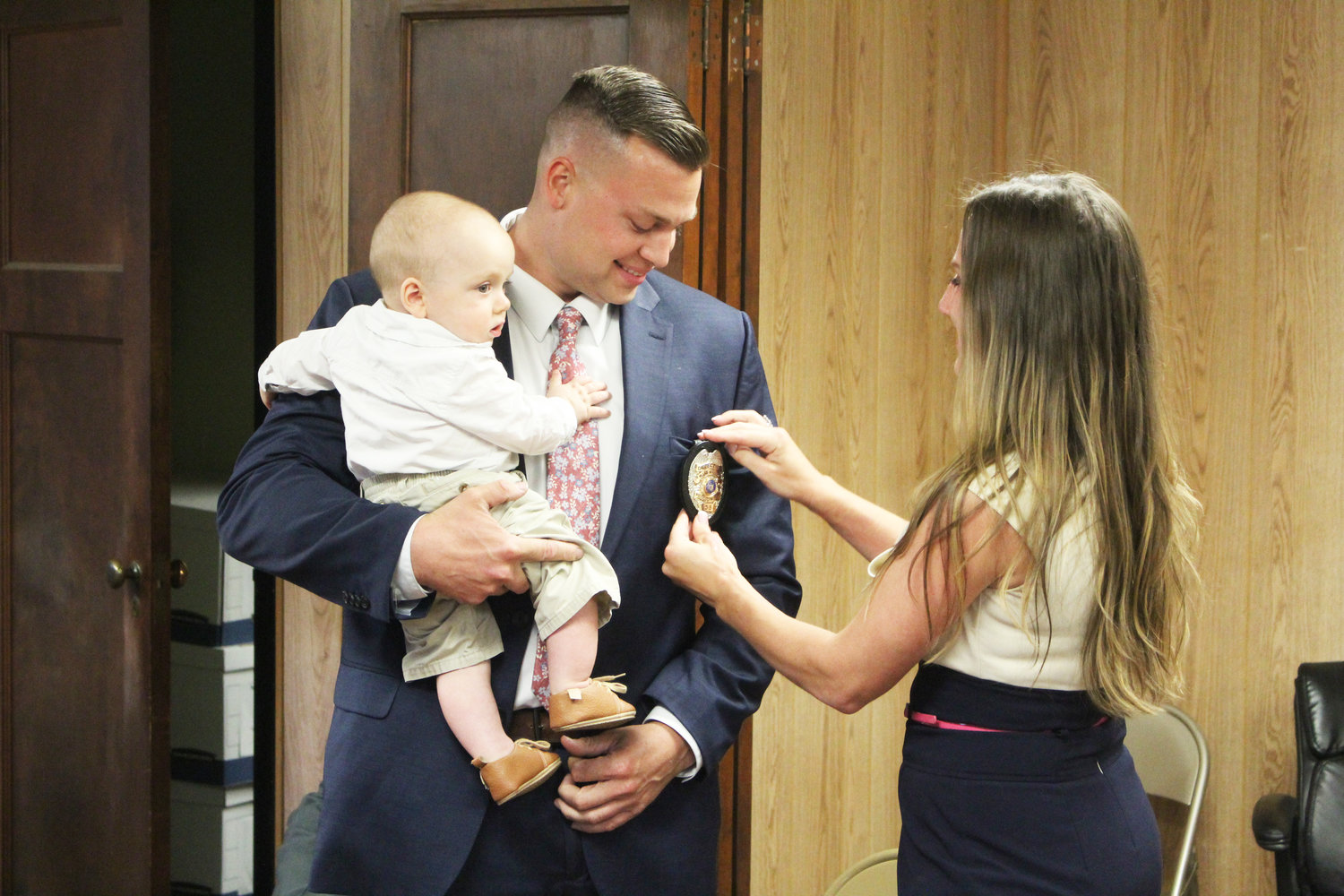 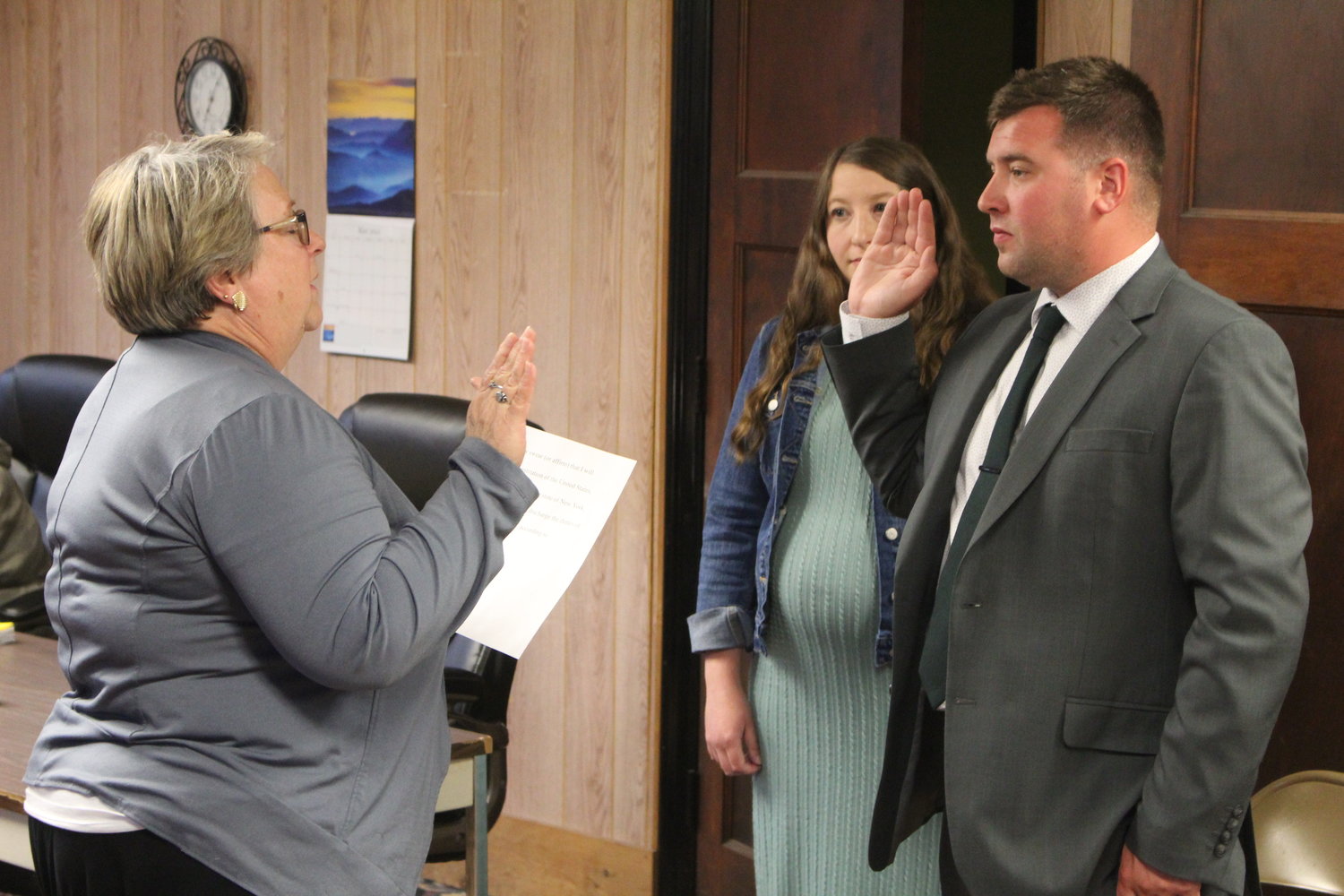 Police Detective Andrew Cross is sworn in by Village of Liberty Mayor Joan Stoddard alongside his wife Kaitlyn.
Matt Shortall | Democrat
Previous Next
Posted Friday, June 24, 2022 4:33 am
By Matt Shortall

Officers Andrew Cross and Ryan Lowe each raised their right hand and were sworn in as police detectives as their families and fellow officers looked on.

“The rank of detective holds a special place in my heart as it is the position that I held for the vast majority of my career,” said Liberty Police Chief Steven D’Agata. “In my experience, I have learned that while incredibly fulfilling, being a detective carries with it a tremendous burden of responsibility. Being a detective with this agency means that there are no longer any excuses. When the phone rings, and it rings often, you are on.”

Chief D’Agata continued, “Not only do you have to be ready to respond to work at a moments notice, but you need to be able to quickly re-orient your mindset from relaxing at home to making difficult, fast-paced and intense decisions concerning the most serious of criminal investigations that our department handles.”

Detective Cross is a Liberty native, having graduated from Liberty High School in 2011 and attending college at SUNY Oswego. After graduating with a bachelor’s degree in public justice with minors in forensic science and mathematics, Cross began his career with LPD as a part-time dispatcher in 2017, soon after becoming a full-time police officer.

During his time as a patrolman, Detective Cross took on the extra responsibility of operating the department’s sex offender management program.

“During Detective Cross’ entire career he has proven himself to be a hard working, intelligent officer with an eye for detail,” Chief D’Agata said. “I am confident that he will continue to do great work in this new role.
Detective Lowe grew up in Jeffersonville and graduated from Sullivan West High School in 2011. He attended Alfred State College and earned associate’s degrees in automotive and diesel technology. He became a correctional officer with the New York State Department of Corrections in 2016, joining LPD a year later and graduating from the Orange County Police Academy in 2018.

Detective Lowe leveraged his training as a mechanic to take responsibility for the maintenance and upkeep of the department’s vehicle fleet.

“Detective Lowe has demonstrated through his entire career that he is incredibly hardworking, organized and passionate about doing the absolute best job that he can,” Chief D’Agata said.

Both detectives were sworn in by Village of Liberty Mayor Joan Stoddard.