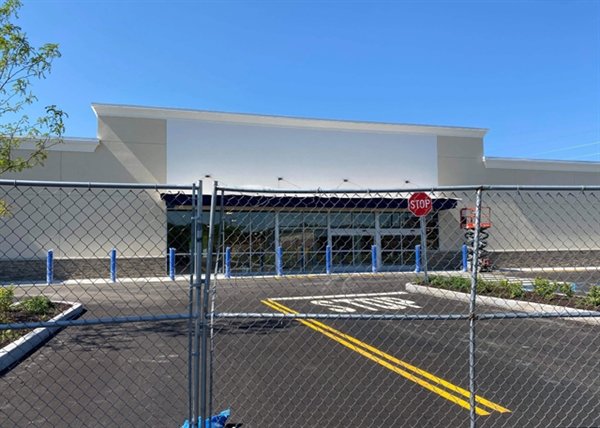 Marshalls in the Town of Thompson is currently under construction amid the coronavirus pandemic, just one of a few business endeavors coming to the county.
Democrat file photo | Patricio Robayo
Posted Monday, August 10, 2020 12:00 am
Isabel Braverman - Staff Writer

New business ventures are eyeing the county to set up shop, from a bagged ice distributor already underway to a potential buyer of the abandoned Apollo Mall property in Monticello.

Baez said an aggregate will be making an offer on the 82 acres behind the Apollo currently owned by the county.

“We're excited because we haven't seen this steady flow of inquiries in a long time,” Baez said. “Our challenge now is to get ready for them and to get these lands up and shovel ready as quick as we can.”

In addition to those projects, current construction happening before the pandemic on Marshalls and Hampton Inn in the Town of Thompson and The Eldred Preserve are still ongoing.

“The momentum seems to be working in our favor,” said Legislator Michael Brooks.

Because of the pandemic, online commerce is booming and retailers need warehouse space to store product.

There is also a “game-changing project” in the works, Baez announced. A software company based in New York City is interested in coming into the county.

The owners of the company have had a second home in the area for ten years and want to expand.

They have a site in mind and need to go through the approval process. Baez said this “opens the door to other like businesses.”

This comes at a time when businesses are shutting their doors and unemployment is at an all-time high across the country due to the coronavirus pandemic.

“When you look at the losses they look pretty bad, but there's also hiring going on,” said Laura Quigley, Commissioner of Division of Community Resources.

She said jobs in construction, hospitality and residential facilities are available, as well as Census field workers, which pays $23 per hour.

The June 2020 unemployment rates across the 62 New York State counties ranged from a low of 7.7 percent for Hamilton County to a high of 24.7 percent for Bronx County, and Sullivan County with a 12.2 percent rate ranked 50th in the state.