Eugene D. Raponi of Forestburgh passed away on November 10, 2021. He was the son of the late Eugene and Julia Raponi and was born in Middletown, New York on May 31, 1936.

Gene enlisted in the US … 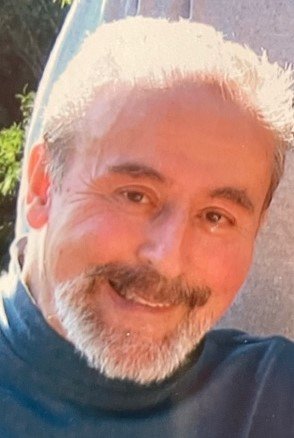 Eugene D. Raponi of Forestburgh passed away on November 10, 2021. He was the son of the late Eugene and Julia Raponi and was born in Middletown, New York on May 31, 1936.

Gene enlisted in the US Marine Corps at age 17 and served during the Korean war. In 1970 he moved to Forestburgh with his wife, Marcia. He worked for Orange and Rockland for 32 years. In 1991 a tragic auto accident rendered him a quadriplegic requiring hospitalization and treatment for seven months. He was determined to remain an active participant in his community, and he ran for a second term on the Forestburgh Town Board, serving as a council member for 26 years. He served as a member of the Forestburgh Planning Board, as a volunteer Forestburgh Fireman and a Sullivan County Democratic Committee member. He was a little league coach, a member of the Monticello Elks Lodge #1544, and the Board of Action Toward Independence. Gene was a past member of United Way Board of Directors and Fontinalis Fly Fishing Club.

Gene was an avid outdoorsman and continued to hunt and fish throughout his life. He became a recognized authority on Bald Eagles and built the first nest on Rio Reservoir with Peter Nye. His advice on Sullivan County’s natural wildlife was often sought by other naturalists and hunters.

Gene is survived by his wife of 58 years, Marcia Raponi; his children Suzanne (Gerard) of Beach Lake, PA, Michael (Suzanne) of Atlanta, GA, David (Katie) of Freeport, ME, and Jennifer (Robert) of Irvington, NY; and grandchildren Benjamin, Chelsey, Stella, Wyatt, Matias and Siena. He is also survived by his sisters, Anita, Juanita, Angela (Antonio) and Teresa; and his sisters-in-law, Angela, and Jeanne Saltsman.

A life celebration will be held in late spring.

Memorial contributions in Gene’s honor can be made to Action Toward Independence’s Veterans Service Program or to Hospice of Orange & Sullivan Counties.

Arrangements are under the direction of VanInwegen-Kenny, Inc. Funeral Home of Monticello. For additional information or to send an online condolence, please visit www.kennyfuneralhome.com.