SOUTH FALLSBURG — West Point Military Academy was the scene of a dramatic football matchup on Saturday between the Army Black Knights and the Wake Forest Demon Deacons. 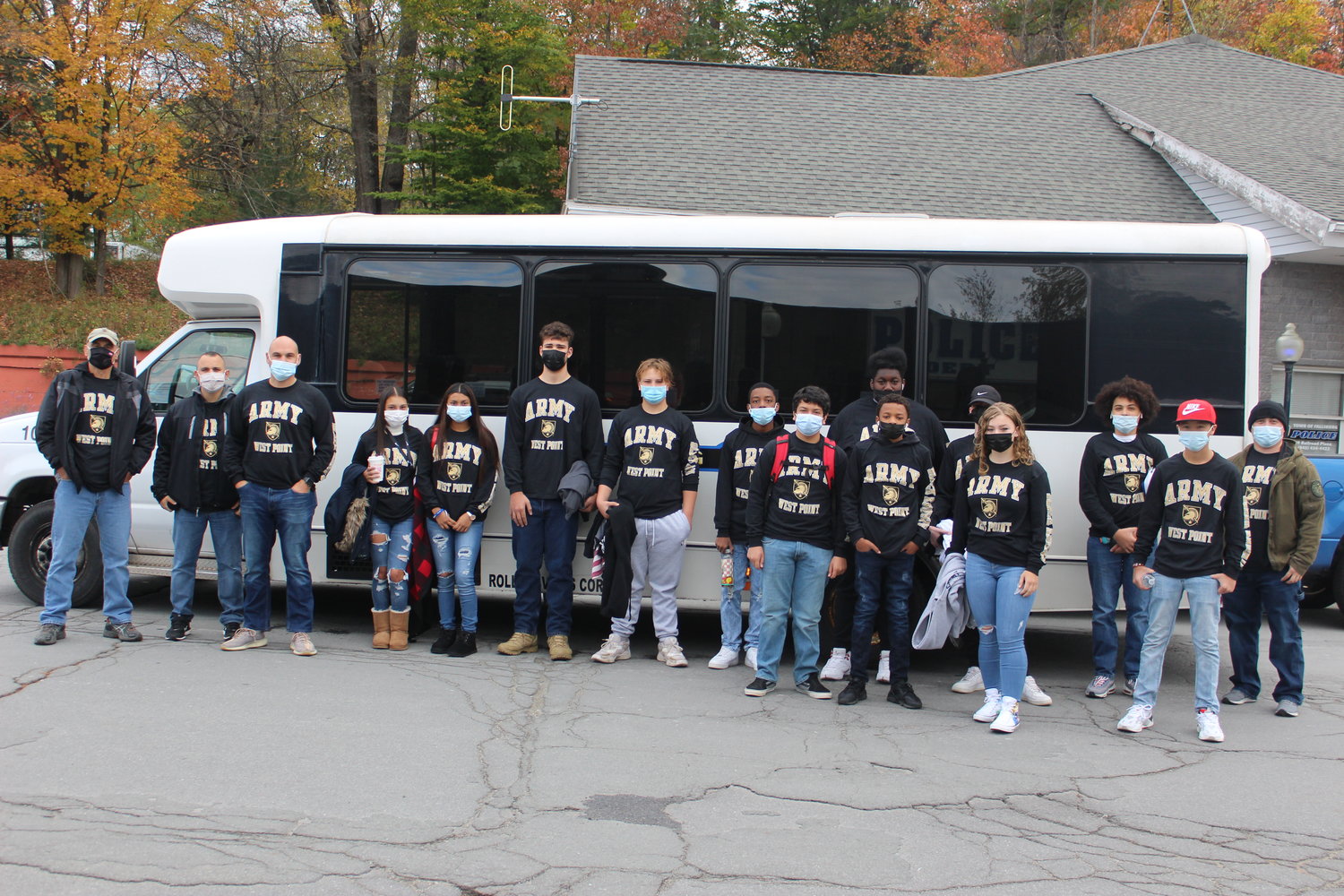 Students from the Fallsburg were joined by members of the Fallsburg Police Department to see West Point’s Army Black Knights take on the Wake Forest Demon Deacons on Saturday.
Matt Shortall | Democrat
Posted Tuesday, October 26, 2021 2:11 am
By Matt Shortall

SOUTH FALLSBURG — West Point Military Academy was the scene of a dramatic football matchup on Saturday between the Army Black Knights and the Wake Forest Demon Deacons.

A group of Fallsburg High School students attended the game with members of the Fallsburg Police Department. They left Saturday morning from the police station at 19 Railroad Plaza on transportation provided by the Rolling V Bus Company.

Police Officer Phillip Brooks works in the Fallsburg School District as their School Resource Officer (SRO). He receives grant funding through the Sullivan County Youth Bureau and New York State as part of their “Cops for Kids” program.

“It’s part of an outreach effort to build and maintain a personal relationship with our community,” said Officer Brooks. “We just want to let the kids know that behind the badge that police officer is a mom, a dad, an aunt or uncle.”

Brooks was joined on the trip to West Point by Sergeant Chris Pratti, Sergeant Mike Dotoratos and Officer Chris Cassaro.

Brooks said programs such as these not only make a big difference in building positive relationships in the communities they serve, but also in the local school districts where they build rapport with students that can last a lifetime.

Brooks has been a police officer for 16 years, and he’s served as the Fallsburg Central School District’s SRO for three of them.

“It’s a nice change of pace. It’s something very different from what police work is normally about and it takes a special kind of police officer to work in schools,” Brooks says.