SOUTH FALLSBURG — Fallsburg is in the midst of a zoning rewrite that has angered local contractors and Orthodox Jewish residents and developers.

A dozen speakers at the town board's public … 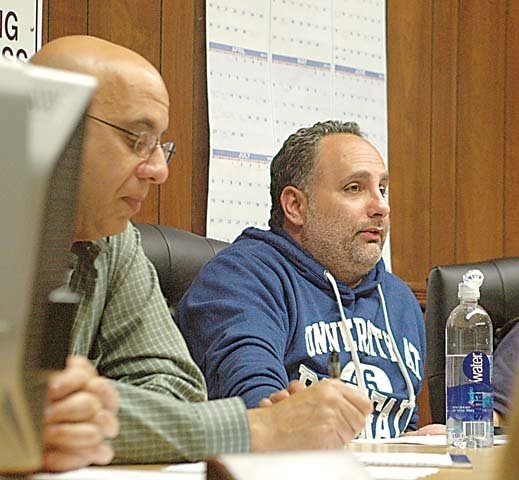 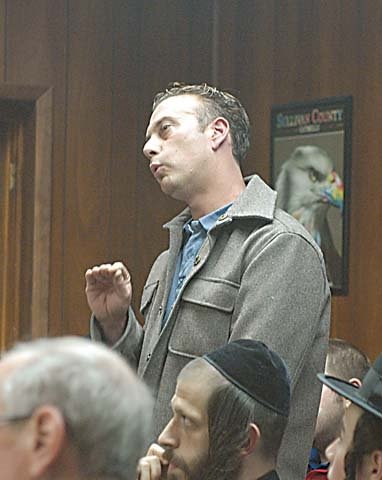 SOUTH FALLSBURG — Fallsburg is in the midst of a zoning rewrite that has angered local contractors and Orthodox Jewish residents and developers.

A dozen speakers at the town board's public hearing Monday decried the proposed changes to town zoning, summed up by one commenter's opinion that the modifications represented “overburdening restrictions.”

Developed by town officials over the past year, the approximately 40 revisions cover a range of issues, from properties in floodplains to updated permit and application fees.

A portion of the revisions concern bungalow colonies - indeed, one addition states, “It is the intent of the Town of Fallsburg to not promote the expansion of bungalow colonies” - and that's what generated much of Monday's comment.

“I'd say 80-90 percent of this is being directed at our community,” argued Mendy Reichman, representing one of the numerous summer communities in the town. “... These bungalow colonies were purchased with expectations of growth ... and now suddenly it's worthless. ... This is not right.”

“As long as I can remember, I've been building bungalows,” remarked Leo Castillo, who employs 35 people at his LC Construction in South Fallsburg. “... I cannot support the machinery, manpower and overhead I have now on [just] additions and decks.”

“It's stifling more of the growth the bungalow colonies can have,” added Allen Frishman, the town's former code enforcement officer who runs a Mountaindale-based consultancy called Regional Planning and Permits.

Other speakers zeroed in on language that would enact five-acre minimums for new homes in rural areas, increase front yard setback requirements between buildings and public roads from 175 feet to 250 feet and expand the required separation distance between multi-unit residences from the height of the highest involved wall to a preset 31 feet.

“I'm not sure what that accomplishes,” said attorney Jay Zeiger, representing local developers.

Some worried it would accomplish just the opposite of development: stagnation.

Joel Rosenfeld, whose father owns a local bungalow, warned that the new restrictions would devalue properties, while Ellie Brazel, who's developing the former Palms resort in Fallsburg, said that if the new rules were already in place, he'd never have been able to attempt his project, as the currently-planned 68 units on 35 acres would have dropped to what he indicated was an unfeasible 44 units.

In a subsequent interview with the Democrat, he pointed to the massive fire that swept through more than a dozen Sackett Lake bungalows that very same evening. Though the fire resulted in no loss of life (the colony was largely unoccupied), the buildings were completely destroyed.

He acknowledged the perception that the town is unfairly targeting bungalow colonies and other Hasidic developments, but he pointed out that Fallsburg had tightened regulations on bungalows seven years ago, under another administration which deemed them “nonconforming uses.”

(The former supervisor during that time, Steve Levine, was at Monday's meeting and stated that his board “did make things tougher, but not this tough.”)

Noting the zoning code “is a living, breathing document,” Vegliante said the town in reality is pondering a future that could include “unprecedented growth” (an apparent reference to the effects of potential nearby casinos) - and for which the sewer, water, traffic and aesthetic impacts must be anticipated.

“From the board's perspective, this has nothing to do with Orthodox or secular,” he explained. “We welcome both secular and Orthodox development in Fallsburg.”

Crediting Code Enforcement Officer Mollie Messenger, Planning Board Chairman Arthur Rosenshein and a host of other town officials for months of hard work on the rewrite and their regular duties, Vegliante said Fallsburg is aiming for “safer, more aesthetically-pleasing and more environmentally-friendly development.”

Still, he acknowledged that differing opinions exist - and may further influence the development of the new regulations, which are at least a month away from being adopted.

“What we've presented so far is a work in progress,” he stated. “We are listening.”

To that end, Monday's public hearing will remain open through early November, with written and in-person comment accepted at the town hall in South Fallsburg.

The town board has also scheduled a public workshop to further discuss the rewrite on October 27 at 5 p.m. at the Senior Center on Laurel Avenue in South Fallsburg.