DEERPARK — A Lumberland man fell to his death on Tuesday morning at Hawk’s Nest in the Town of Deerpark.

According to the New York State Police, Binh Ledinh, 42, was flying a drone … 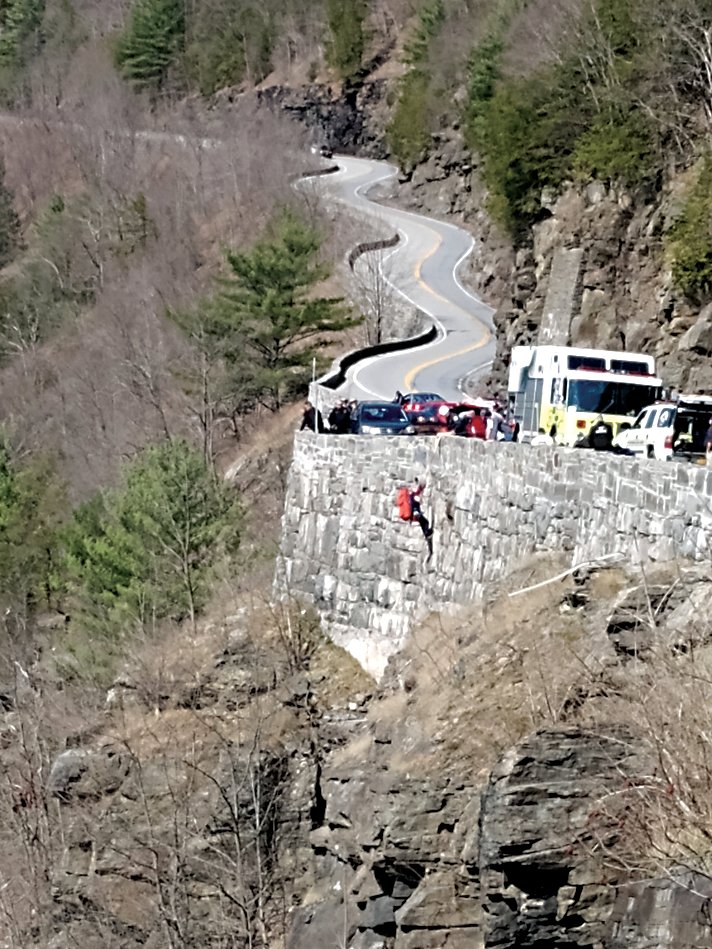 Emergency responders lowered themselves down the steep terrain at Hawks Nest on Tuesday to recover the body of a Lumberland man who State Police say fell trying to retrieve a drone.
Kirsten Huck | Democrat
Posted Friday, April 8, 2022 7:30 am
By Matt Shortall

DEERPARK — A Lumberland man fell to his death on Tuesday morning at Hawk’s Nest in the Town of Deerpark.

According to the New York State Police, Binh Ledinh, 42, was flying a drone near the scenic outlook on State Route 97 which overlooks the Delaware River around 7:30 a.m. on April 5.

At one point, the drone crashed some 17 feet down an embankment. State Police say that while Ledinh was attempting to retrieve the drone he fell approximately 250 feet.

State Police responded to Hawk’s Nest that afternoon after Ledinh’s wife had reported him missing to the Wurtsboro Barracks.

The steep terrain prevented responders and emergency personnel from reaching Ledinh by foot.

The Orange County Technical Rescue Team responded to the scene and rescuers were able to lower themselves by rope to reach Ledinh, where it was determined that he was deceased.

Ledinh was then lowered into a rescue boat on the Delaware River and transported to the Orange County Medical Examiner’s Office.