BETHEL –– Before sunrise on Wednesday, firefighters were called to the scene of a structure fire at the old Sutphen East buildings in the industrial park off Airport Road in the Town of … 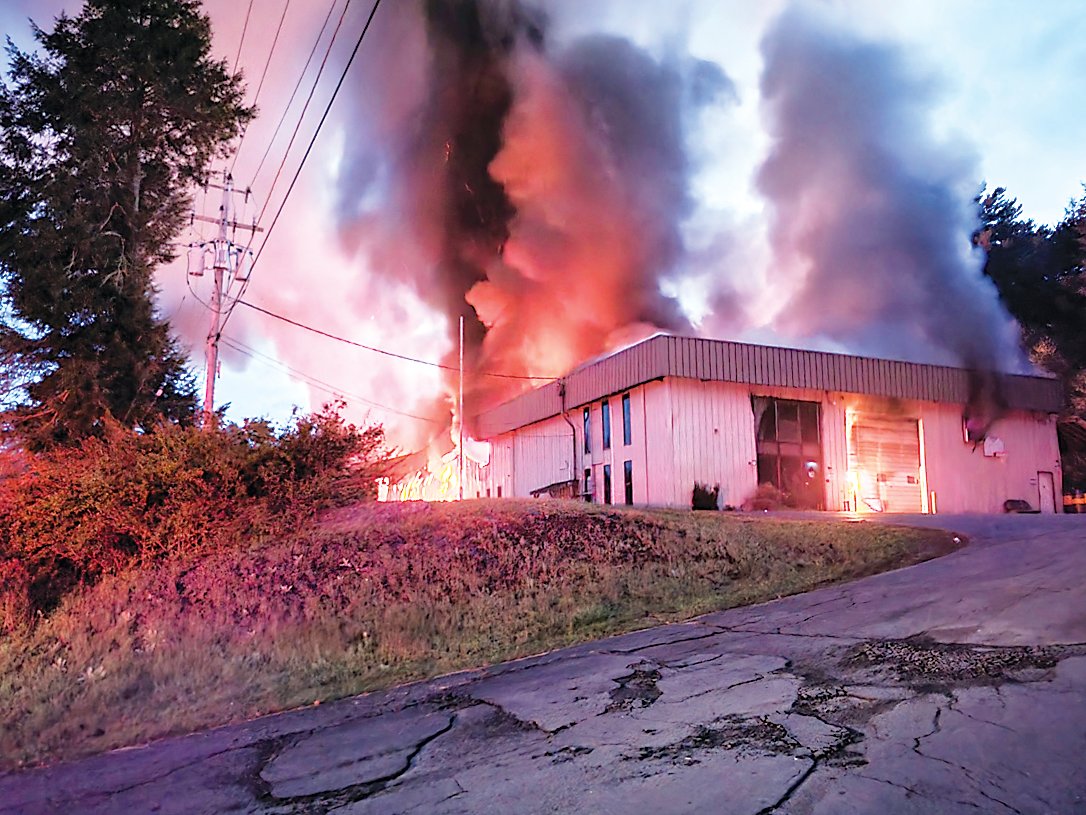 Fifteen County fire companies/departments responded to a fire off Airport Road in the Town of Bethel on Wednesday morning.
Photo courtesy of the Kauneonga Lake FD
Posted Friday, September 23, 2022 6:10 am
By Joseph Abraham

BETHEL –– Before sunrise on Wednesday, firefighters were called to the scene of a structure fire at the old Sutphen East buildings in the industrial park off Airport Road in the Town of Bethel.

The metal structures, which used to be the home of the fire apparatus manufacturer that has since moved to Pennsylvania, are now owned by Hudson Valley Foie Gras, who are based in Ferndale.

Kauneonga Lake Fire Chief Mark Pennell told the Democrat that the call came in around 6 a.m. for a working structure fire. Upon arrival, they found two commercial metal structures heavily involved, with no employees in the buildings at the time.

Pennell, who noted that firefighters remained on scene until around 1:30 p.m., said the structures were completely gutted and destroyed.

Furthermore, 15 County fire companies were on scene to assist the Kauneonga Lake Fire Department in battling the blaze, with another five County and four out-of-county departments on standby.

According to Pennell, no injuries were reported and the cause of the fire is still under investigation.

The Democrat also reached out to Hudson Valley Foie Gras, who did not respond by presstime.