This past week in an attempt to access a pool on the Willowemoc, it was very surprising to find that it was almost impossible to walk to the river on paths that are normally well-worn by this time of … 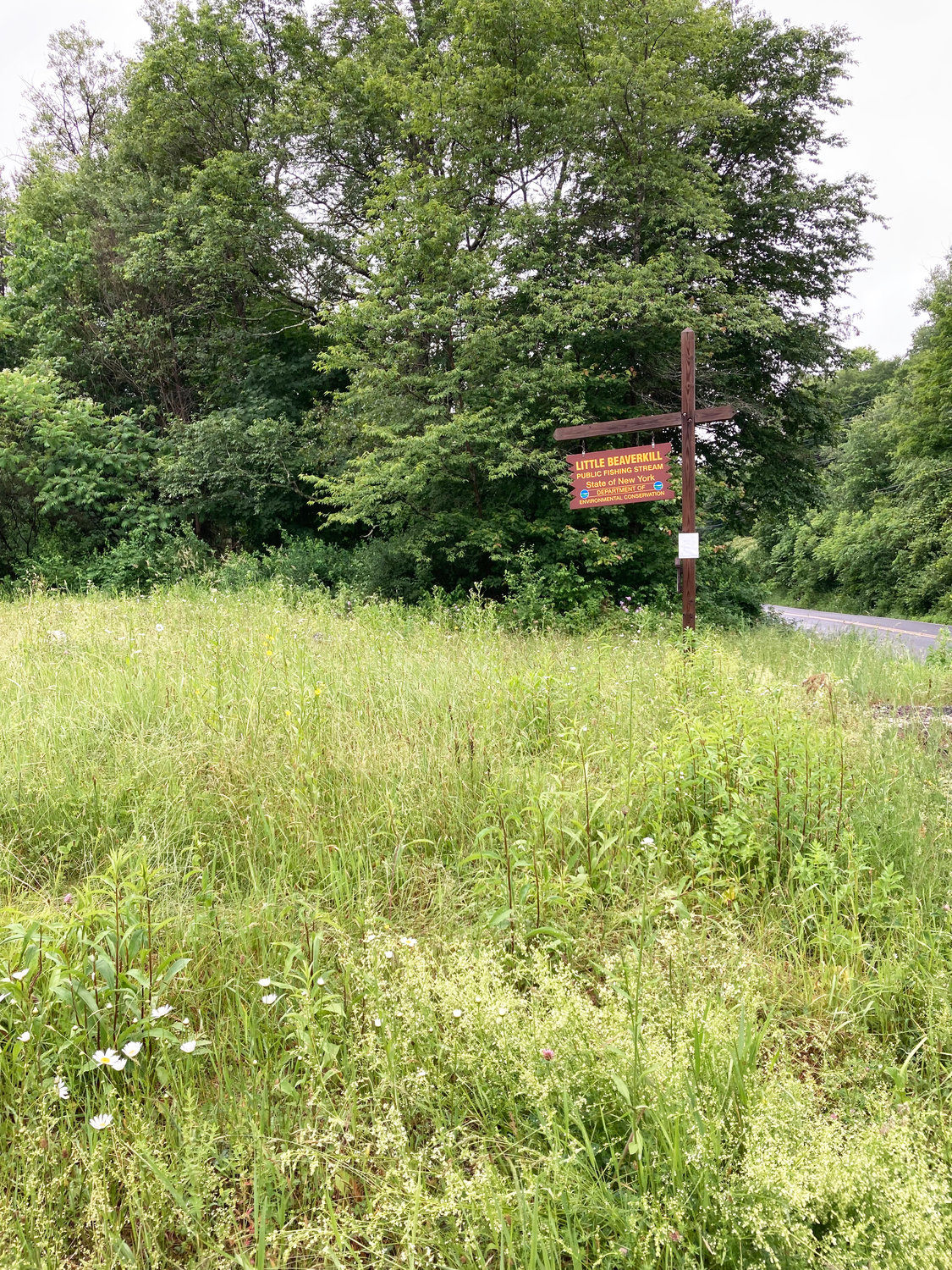 This past week in an attempt to access a pool on the Willowemoc, it was very surprising to find that it was almost impossible to walk to the river on paths that are normally well-worn by this time of the season, but are now completely overgrown. Obviously, there were not many others that had attempted to make their way to the river, as these areas appear to have been abandoned.

We noticed that not many anglers have been out fishing over the past several weeks and wondered why – could one reason be that the fisherman parking areas and footpaths to the river are not being maintained and are not inviting or welcoming as they used to be? Especially for new anglers, it must be daunting when the designated fisherman parking areas and footpaths are totally overgrown; some with missing signs and others so neglected it is difficult to determine where to park and how to access the river. At Hazel Bridge, for example, the historical marker that celebrates the first acquisition of Public Fishing Rights in Sullivan County is so choked with knotweed that it is barely visible; nor is the Special Fishing Regulations Area sign at Deckertown, or the Fisherman Parking Area along the Little Beaverkill on Dahlia Road.

The importance of having these Public Fishing Rights cannot be overstated. One of the reasons the Catskills are known for excellent trout fishing is due not only to the quality of our trout rivers and streams and favorable environment for trout, but also for the miles of public fishing that are available.

In the late 1800s private trout fishing clubs began to form in an attempt to preserve the trout fishing, as at that time it was common for anglers to keep everything they caught – down to fingerlings of just a couple of inches in length – and sometimes their catches numbered in the hundreds which, as can be imagined, began to deplete the streams of their trout populations. And some private landowners began posting their lands against fishing as a result.

But by the 1930s, the New York State Conservation Department, spurred on by fly-fishermen advocates such as Roy Steenrod and William Chandler, who were members of the Liberty Rod & Gun Club, began to consider the purchase of permanent fishing easements along privately-owned rivers and streams in the state. In 1936, the first Public Fishing Rights Easement in Sullivan County was purchased along a stretch of the Willowemoc at Hazel Bridge from the Thomas Keery Company, which owned and operated the acid factory at Hazel. This purchase came at the beginning of a very successful program all across the state, and has resulted today in a total of more than 1,300 miles of public fishing on more than 400 streams. Purchasing Public Fishing Rights easements from private landowners has greatly expanded the opportunities to fish for trout; in addition to the outright purchase of small parking areas and footpaths that were acquired for ease of access, and to ensure that anglers will always have access to fish trout streams and rivers. However, trout fishers are not taking advantage of these privileges, possibly because of parking areas and footpath accesses are not being maintained by the DEC and are not clearly visible, making it difficult to determine where to park and how to access the river.

Fortunately, before the pandemic when staffing woes plagued the DEC and other state agencies, a series of maps that clearly showed fisherman parking areas and public fishing rights on the Willowemoc and Beaverkill were published online. You can access these maps by visiting the following links -

These are excellent resources that explain a bit about the PFR program and provide information on trout fishing in general. Do visit these sites and be sure to get out and go fishing!

More Sports
Testing for CWD is costly!
The Pennsylvania Game Commission spent an average of $2.5 million per year in expenditures for combating Chronic Wasting Disease (CWD) from fiscal year 2018 to 2020, stated Kip Adams, the chief …

Monticello's Matt Buddenhagen
MONTICELLO – It is said that great coaches teach their athletes to believe that they could perform better than they realize and to overcome whatever barriers they encounter. Oftentimes, those …
2022 Baseball and Softball All-Star Teams
SULLIVAN COUNTY – This year’s baseball and softball teams got off to a slow start because of the stubborn winter weather. When the local teams were finally able to take the fields and …
Summertime Fishing
It’s Summertime! Graduations have taken place, school is out, and life in the Catskills settles into a new mode. We certainly have been on a roller-coaster as far as weather and temperatures …