LIVINGSTON MANOR —The Catskill Fly Fishing Center and Museum (CFFCM) held their 2021 Hall of Fame induction ceremony at the museum on Saturday, October 30th. In his opening remarks, Museum … 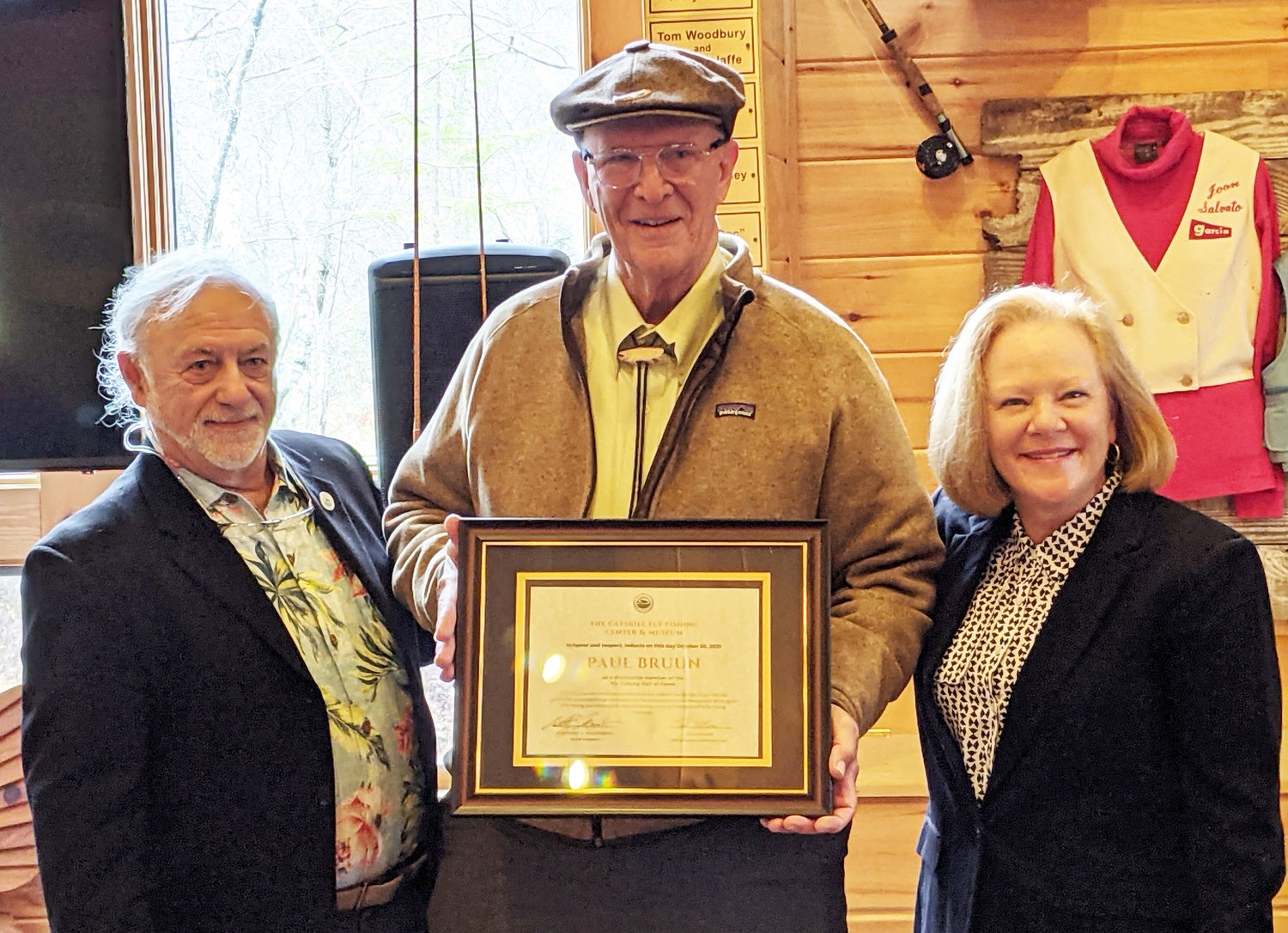 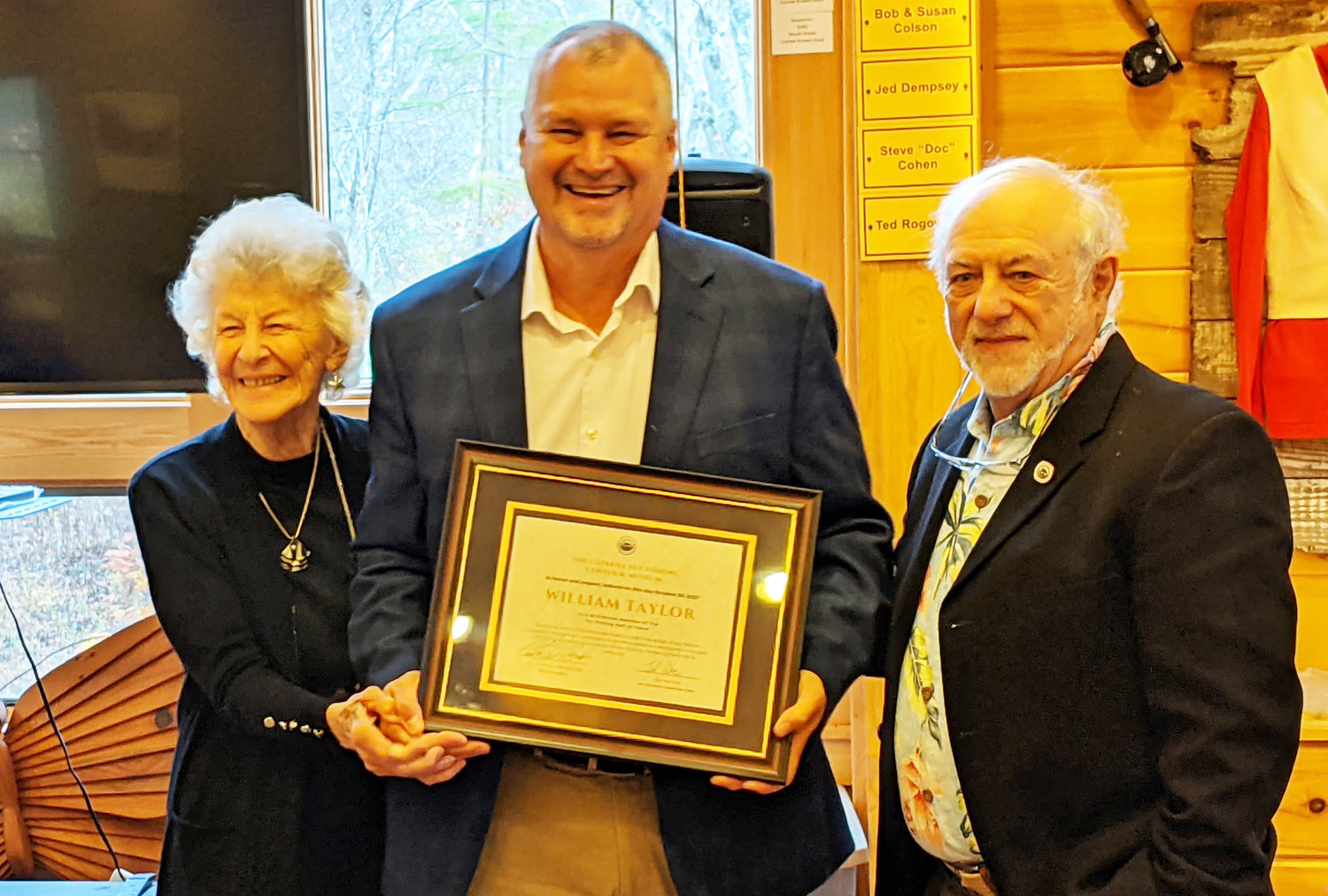 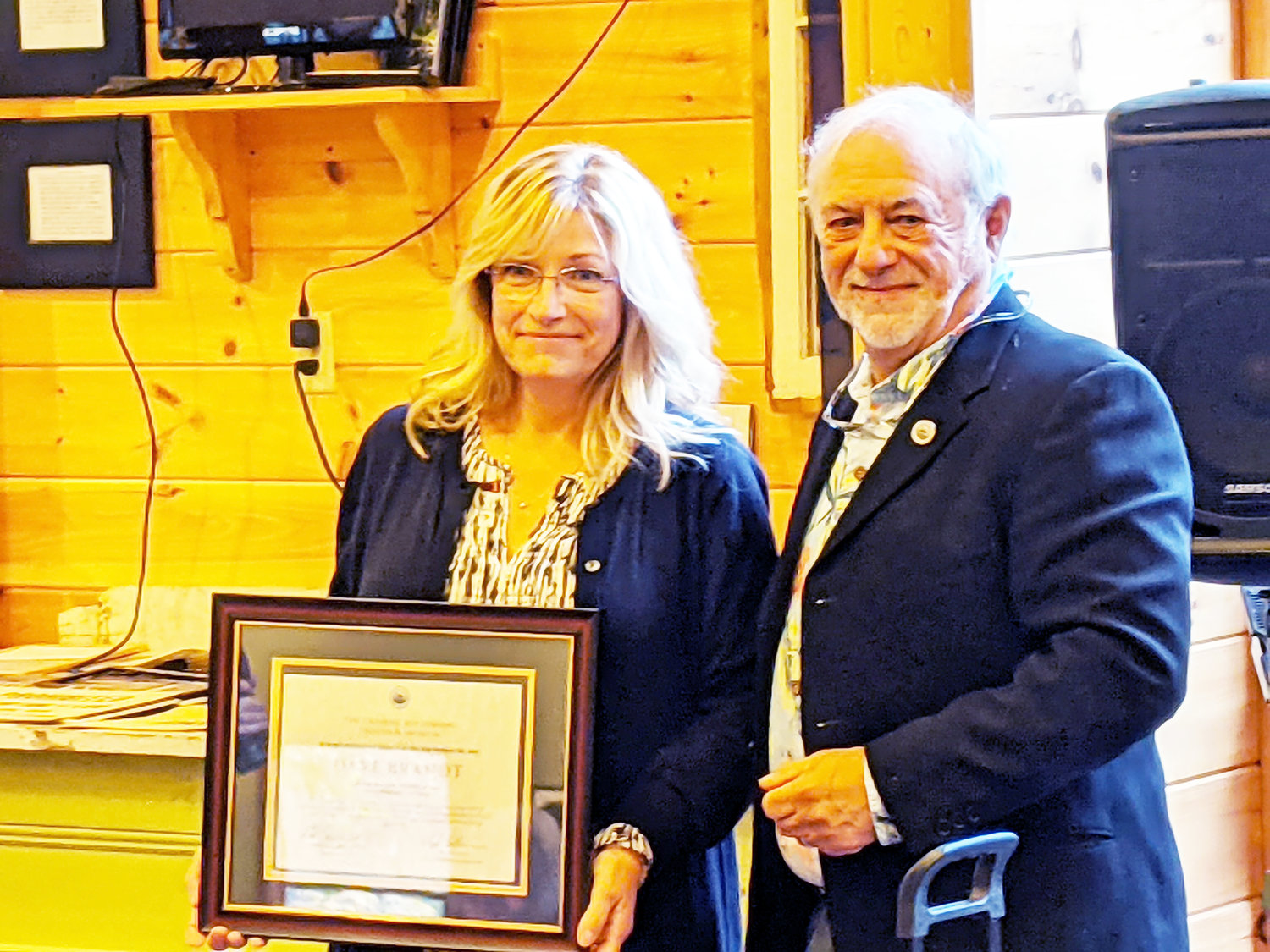 Debra Prendergast, granddaughter of Dave Brandt, accepts the 2021 Hall of Fame award on his behalf from Ted Patlen at the Catskill Fly Fishing Center and Museum ceremony in Livingston Manor.
Mike Vreeland | Democrat 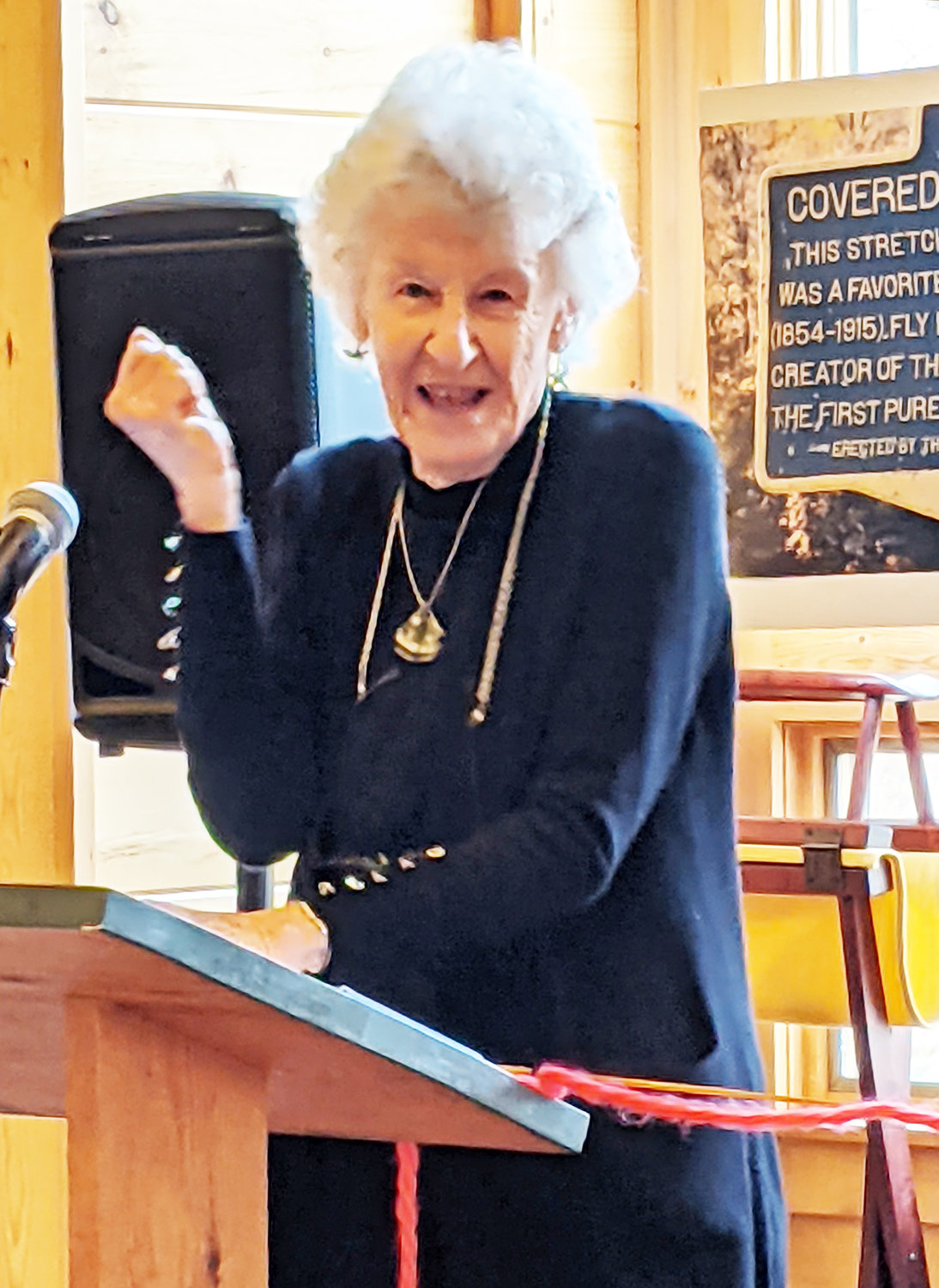 Joan Wulff sharies stories of her time with the 2021 Hall of Fame inductees at the Catskill Fly Fishing Center and Museum ceremony.
Mike Vreeland | Democrat 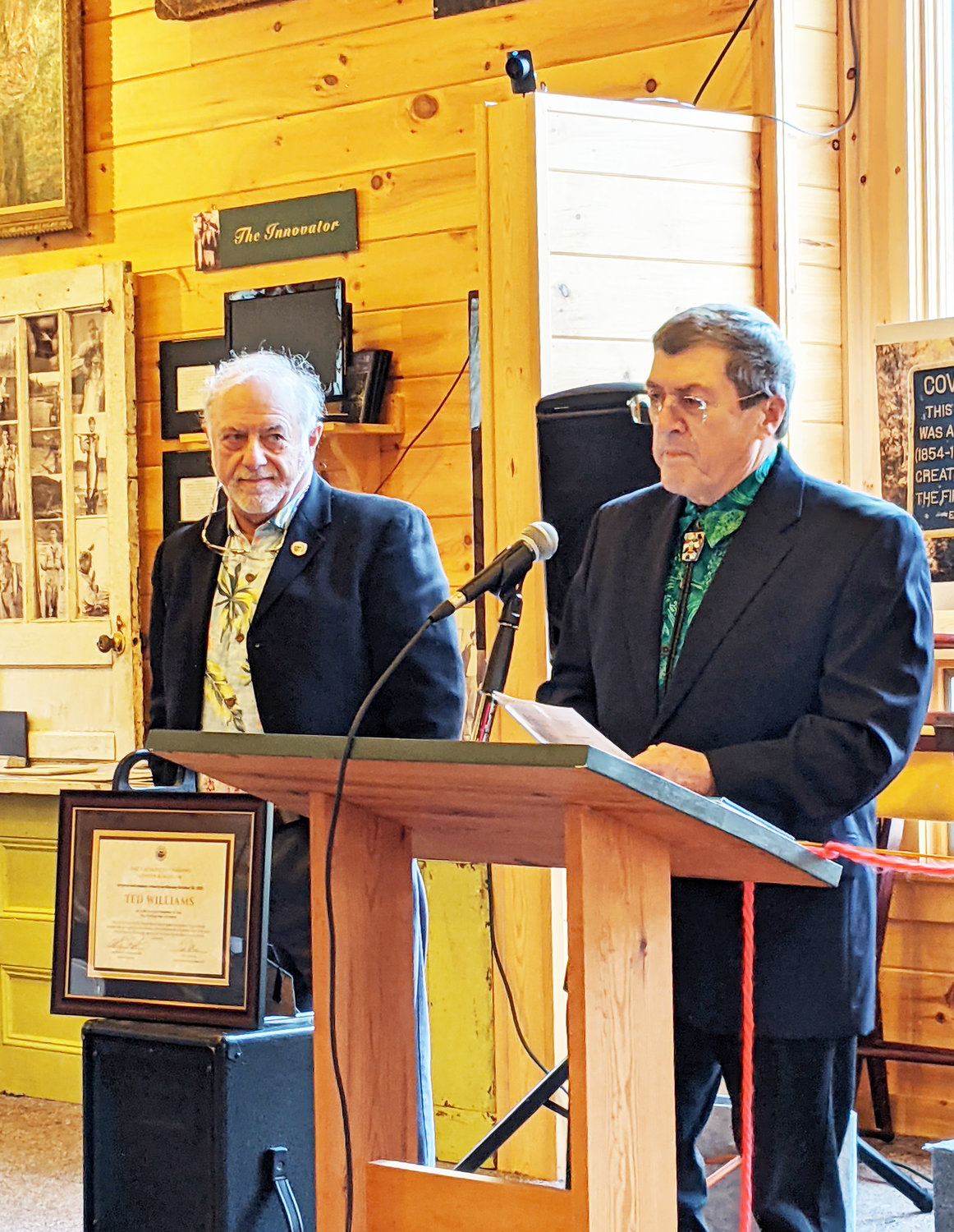 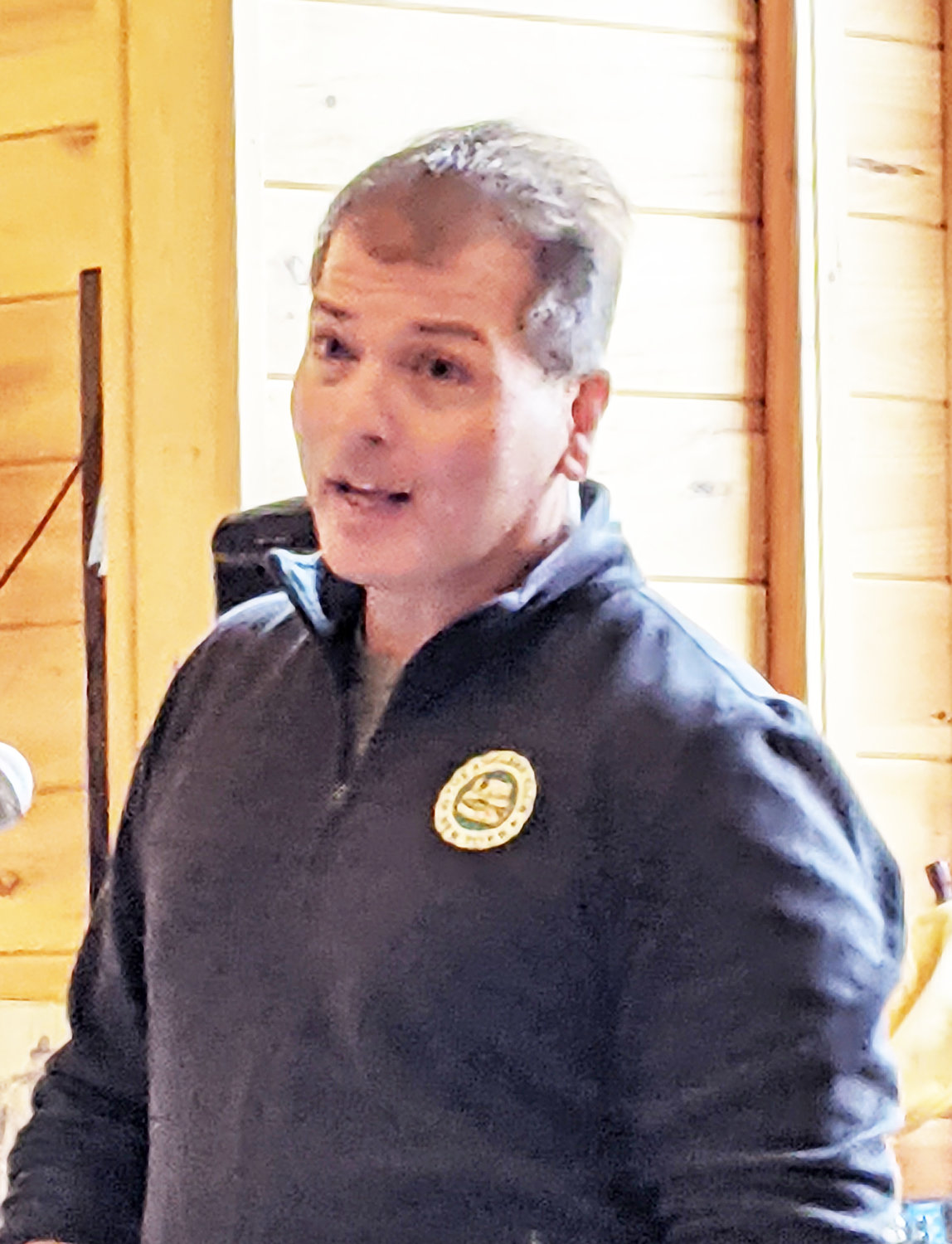 LIVINGSTON MANOR —The Catskill Fly Fishing Center and Museum (CFFCM) held their 2021 Hall of Fame induction ceremony at the museum on Saturday, October 30th. In his opening remarks, Museum Board President, Anthony Magardino, welcomed the four inductees as “joining an elite class of recipients most deserving of this honor and who have significantly enhanced the culture of fly fishing.”

The festivities continued with Master of Ceremonies, Ted Patlen, chair of the nominating committee inducting the late Ted Williams, of legendary baseball fame. Palten recalled a story of Williams being surrounded by Secret Servicemen while George W. Bush watched him tying flies. Joan Wulff, a long time fly fisher and current CFFCM advisory board member, recalled meeting and fishing with Williams in Florida in the 1960s and his involvement in conservation efforts.

Paul Bruun was introduced by his wife Jean. ”Walking in the room with giants” was her description of their being at the CFFCM. Bruun’s goal as a guide was always to make his clients better anglers. He is also known for his conservation efforts. Bruun spoke of his once fly fishing with Angie Dickinson and of his years in Wyoming running a newspaper. Of his induction into the Hall of Fame, he said it’s “the thrill that comes once in a lifetime.”

John Taylor accepted the award on behalf of his great uncle, William Taylor. He told the story of his great uncle’s confectioner’s shop in Paterson, NJ. and visiting him as a boy and having a flyrod made for him, but not appreciating his great uncle’s involvement or expertise in flyfishing until he was older. Joan Wulff also shared her memories of Taylor. He taught her a method of casting using her whole arm instead of the standard elbow and wrist method. Using this method she was able to improve her casting distance and accuracy immensely.
Debra Brandt Prendergast accepted the award on behalf of her late grandfather, Dave Brandt, a local resident and well known fly fisherman. Joan Wulff recounted the instrumental part Brandt played in the running of the Catskill fly fishing school, and how he reached the top spot among Catskill fly tyers. A close friend, Bruce Concorse, recalled they began drift boat fishing together and how they kept stopping along the river because Dave knew so many people.

Plaques in the inductees honor will be added to the nearly one hundred honorees displayed on the outside wall of the museum.

In the evening, the CFFCM presented the Lee Wulff Conservation Award to Peter Kolesar at the Hall of Fame dinner at the Rockland House in Roscoe, NY. Kolesar, a professor at Columbia University, played a major part in developing and implementing the Flexible Flow Management Program with the goal of meeting the needs of the New York City water supply as well as benefiting the wild trout population by more consistent releases of water from the three city dams on the Delaware headwaters. He continues to promote cooperation between conservancy and fishing organizations as well as being an activist for water rights and ecology of the Upper Delaware.

For more information about the Catskill Fly Fishing Center and Museum, visit their website at cffcm.com.