MONTICELLO – A foreclosure proceeding has been filed against one of Sullivan County’s most attractive tourist destinations – YO1 Wellness Center.

“We just want our money … 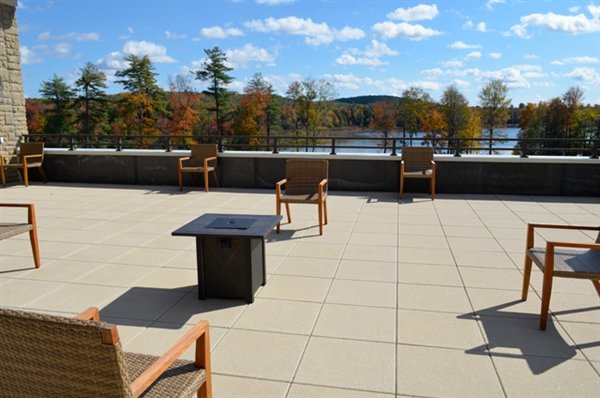 MONTICELLO – A foreclosure proceeding has been filed against one of Sullivan County’s most attractive tourist destinations – YO1 Wellness Center.

“We just want our money back, that’s it,” Condon & Forsyth, LLP attorney Appen P. Menon, who is representing two banks in the lawsuit, said.

The commercial mortgage foreclosure action was filed in State Supreme Court in late January by Canara Bank, New York Branch and Union Bank of India (UK) Limited and seeks to recover more than $45 million in past due loan payments, interest, fees and other assorted expenses.

It names Veria Lifestyle, YO1 Center, resort owner Subhash Chandra and the Sullivan County IDA, among others, as defendants in the action.

The Sullivan County IDA is listed because of its involvement with granting the YO1 Center tax benefits during its building phase nearly seven years ago. The banks are not seeking to foreclose or terminate the IDA’s interests in the premises.

“We filed the lawsuit and after that the defendants are being served [with papers],” Appen said.

Although some of the defendants have already been served, the law firm is locating the others across the globe.

“We are waiting for the service to be completed,” Appen said. “We are not here to hurt anybody. [But] we have to make sure my clients get their money back.”

In mid-2016 the banks made available a $45 million building loan for constuction of the project and site improvements.

However, the filing said that the borrower is in default of the loan agreement due to its failure to pay interest due on April 1, 2019 and failure to fund a debt service reserve account before March 31, 2019.

A letter dated December 4, 2019 gave the borrowers an additional 15 days to pay the defaulted interest.

A second letter, dated December 27, 2019, went out after payments were not received. It demanded accelerated payment of the entire principal and interest.

The Sports Academy was a well-respected summer camp operated from 1955 to 1992 by the Kutsher family and featured some of the biggest names in sports, including Claire F. Bee, Louie Carneseca, Pistol Pete Maravich, Wilt Chamberlain and Emerson Boozer.

YO1 overlooks Bailey Lake and is owned by India media mogul Subhash Chandra, who was once considered one of the wealthiest men in India.

Although his company’s value and family wealth have been greatly diminished in recent years, he is still believed to be worth $2.5 billion.

According to the foreclosure filing, “Chandra has absolutely and unconditionally guaranteed the payment of Borrower’s obligations under the Loan Documents.”

The resort opened on June 21, 2018 to much fanfare throughout the Mid-Hudson and metropolitan region, but its niche as an ulta-high-end wellness spa never hit full stride.

With 36 multi-use therapy rooms, an indoor theater, fitness center, indoor pool, juice bar, nature trails and yoga rooms and spaces, the resort catered to those seeking to be pampered and it offered several “wellness days” opened to the public.

Following the opening of the resort, YO1 spent hundreds of thousands of dollars to renovate the Kutsher’s Country Club’s 18-hole golf course, which opened briefy in 2018 before shutting down in 2019.

Despite its opulence, YO1 resort was troubled by management issues and its management team changed several times during its three-plus years in business, industry insiders said.

Calls to YO1 for comment were not returned and the resort is still open and taking reservations.