The following is a response by Town of Forestburgh Supervisor Daniel Hogue to Monday’s request for comment regarding a lawsuit filed by the developers of Lost Lake Development. The original … 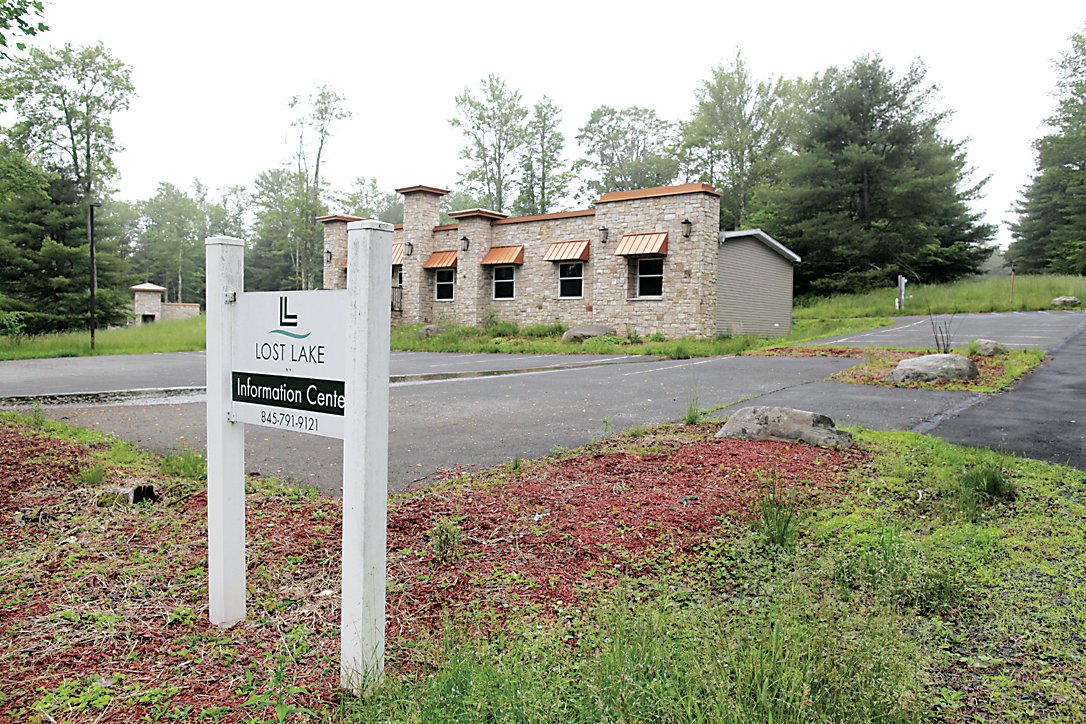 The Lost Lake Development is at the center of a lawsuit between the developer and the Town of Forestburgh and two officials.
Democrat File Photo
Posted Friday, March 18, 2022 7:09 am
Attorney: No response prompted lawsuit

Attorney Steven Barshov is a partner in the law firm of Sive, Paget & Riesel, P.C.

Most recently he has represented the owners of the Lost Lake Development in Forestburgh, namely Lost Lake Holdings, LLC and Mishconos Mazah, LLC.

“It’s never a joyful experience to commence litigation like this,” Barshov said Wednesday afternoon regarding the suit his clients now have against the Town of Forestburgh and two town officials. “The Town’s actions have been so one-sided it left my clients with no choice.”

Barshov said he attended the recent Forestburgh Zoning Board of Appeals meeting and when the board went into Executive Session he took the opportunity to pull his chair up to Town Supervisor Dan Hogue and Planning Board Chair Richard Robbins to talk.

“I don’t want to sue you. Call my clients and work something out. The Project is going to be built one way or the other and it would be better if everyone could work together instead of litigating.

“I got no response,” Barshov said, referring to two letters that were sent to the town. “What are you supposed to do? I was right in front of them, in person, speaking to both of them at the same time.”

He said neither town official said a word.

“Neither of them ever called my clients,” Barshov said.

The following is a response by Town of Forestburgh Supervisor Daniel Hogue to Monday’s request for comment regarding a lawsuit filed by the developers of Lost Lake Development. The original story appeared in Tuesday’s Democrat.

Super: Town will prevail in lawsuit

Thank you for reaching out regarding the lawsuit commenced against the Town of Forestburgh by the purchasers of the Lost Lake Resort project.

As it was correctly pointed out in Sullivan County Democrat’s March 15, 2022 article, the purchasers of the Lost Lake Resort project are suing the Town for supposed improper use of their escrow funds and the Town’s three-month moratorium adopted in order for the Board to consider changes to the escrow requirements in the Town Code.

While I won’t talk about any specific issue or claim raised in the litigation, I am happy to provide some general background information.

As it was noted in the March 15 article, the Lost Lake Resort project was reviewed and approved in 2011-2013. It is important to remember that Double Diamond, the prior owner of the Lost Lake Resort project, proposed to develop a resort project that included 2,600+ residences with over half being seasonal or second homes, an 18-hole championship golf course, a clubhouse, hotel, restaurant, conference center, spa, swimming facilities, tennis facilities, wilderness trails, and other resort amenities.

Because of the size and scope of the project that Double Diamond presented, the Town was diligent in its environmental review to ensure that the environmental and economic impacts of Double Diamond’s resort project were carefully considered, and all potential significant adverse impacts identified, and eliminated or mitigated.

Fast forward nine years after the resort project was approved, the new owners of the Lost Lake Resort project sought building permits and made representations to the Town Building Inspector that they intended to construct an affordable housing development instead of the project that was approved in 2013.

As you know, the Building Inspector’s determination on those applications was appealed and is under review by the Town’s Zoning Board of Appeals.

While my ability to discuss issues raised in the lawsuit or in the appeal are limited, the Town is committed to providing Town residents and members of the general public the information necessary to stay informed on the issues and facts related to the Lost Lake Resort project.

To that end, I know the Zoning Board of Appeals has made records related the building permit application appeal publically accessible on the Board’s web page and will continue to update the website as other documents are made available.

I also know that there will be several public hearings or public comment opportunities for both the Zoning Board of Appeals and the Town Board, and I encourage anyone interested to attend, learn, and be heard on these important topics.

Finally, I want to directly address this developer’s claims that recent actions by the Town or its officials related to the Lost Lake Resort project are motivated by some sort of racial or religious hostility or ill feeling against the Hasidic Community or any other group. These claims are simply baseless and not true. What is true however, is that this developer, seeking to make millions of dollars from this project, has no shame in exploiting… current discrimination suffered by the [Hasidic] Community today as a means to further its profit motive.

We are confident that the courts will see through this developer’s false claims of discrimination and the Town will prevail in this or any future lawsuit the developer wants to commence.