Generals prepare for second half basketball

LOCH SHELDRAKE – The SUNY Sullivan Generals are returning from their mid-season break, but before the month off, amassed a 9-2 record and are nationally ranked in the top 10 for the …

Generals prepare for second half basketball 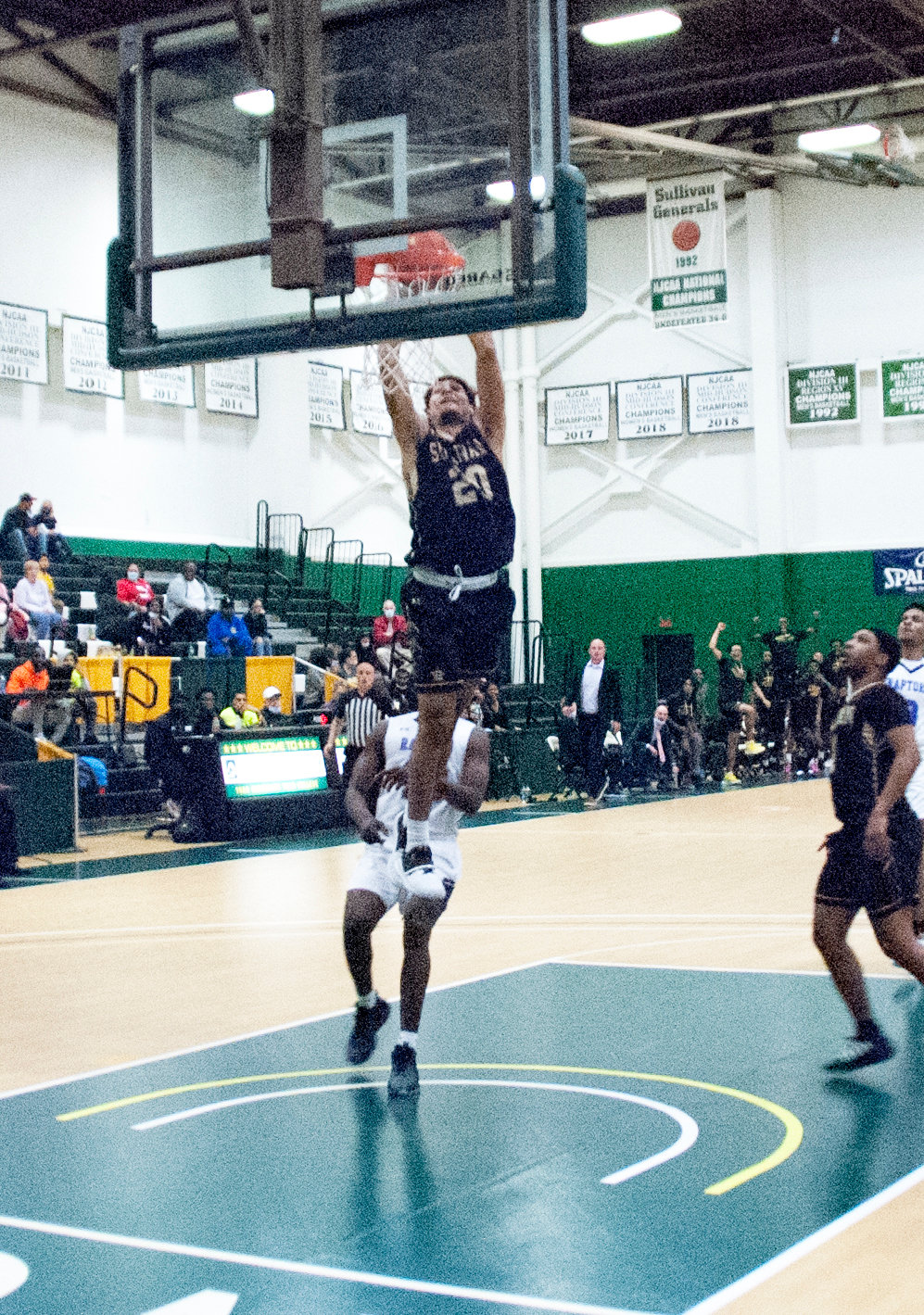 Sophomore guard Jay Alvarez rises up for a dunk in the Generals’ victory over Montgomery College.
Anthony Morgano | Democrat 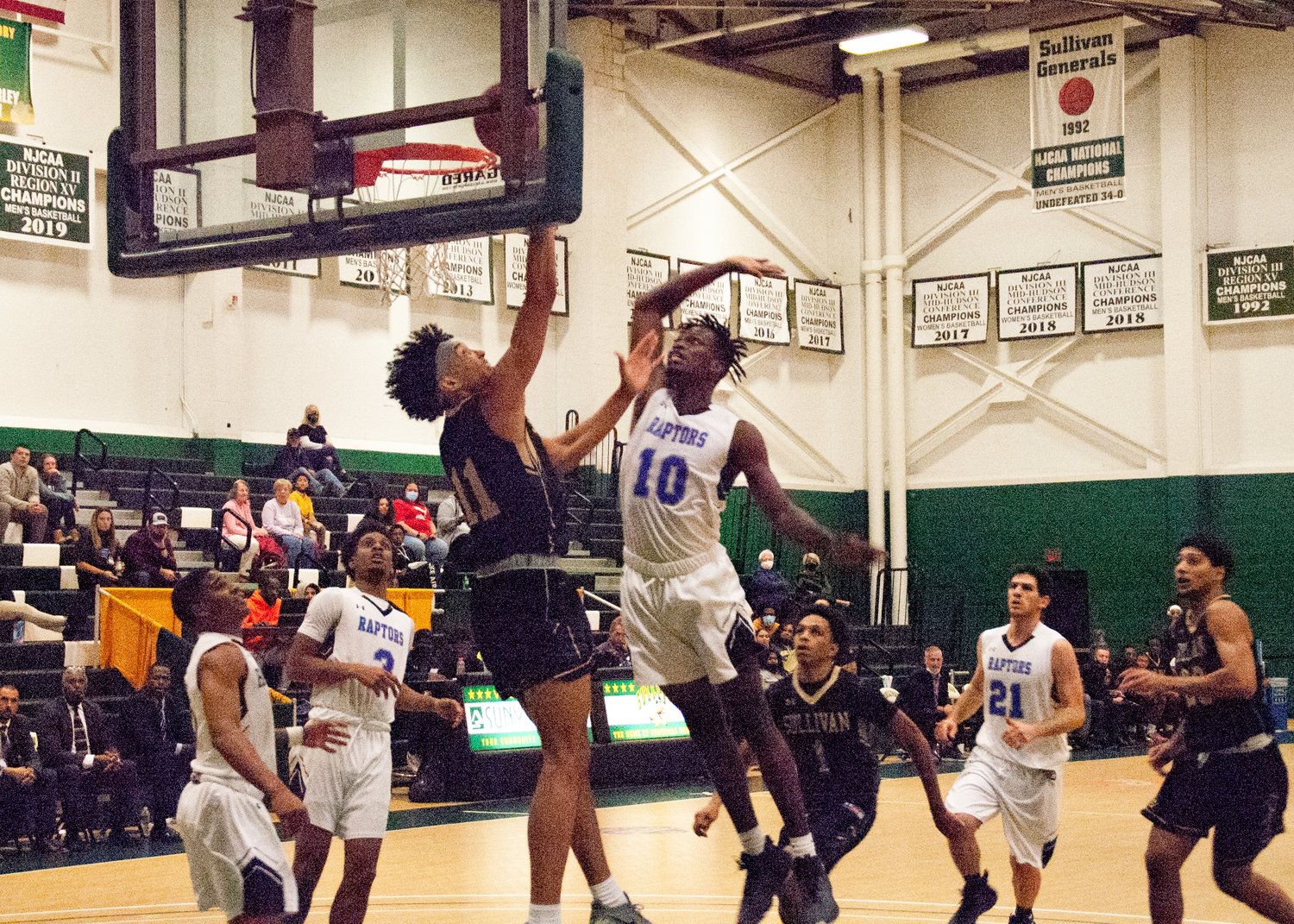 Freshman Daivel Jackson of Kingston goes up and under the basket with finesse for the layup.
Anthony Morgano | Democrat
Previous Next
Posted Tuesday, January 11, 2022 6:20 am
Anthony Morgano

LOCH SHELDRAKE – The SUNY Sullivan Generals are returning from their mid-season break, but before the month off, amassed a 9-2 record and are nationally ranked in the top 10 for the NJCAA.

In their annual tip off tournament, the Generals split their two games, starting the season 1-1. After winning their first game and losing the second, SUNY Sullivan put together a three-game winning streak, winning by no less than 28 points during that stretch.

On November 30, the Generals traveled to SUNY Orange, a game they lost 87-79. Following that loss, they won all five of their December matchups before the break and are looking to start the second half strong with a game at Lackawanna on January 13.

The Generals have averaged 90.9 points-per-game (PPG), led by Kareem Welch with 20.0 PPG and Jarell White with 16.4 PPG. White is averaging 9.9 rebounds per game as well, averaging nearly a Double-Double every night for the freshman.

Brent Wilson spoke of the Generals early season success saying, “I was very pleased with our progress for a team with so many new faces.”

Looking ahead to the second half of the season, Wilson said, “I am excited to get the team off and running for the second semester. Our players returned to campus on January 7 and have been working hard.”

Wilson, cautiously optimistic for the upcoming games, said, “We have a group that can compete to win our region but also make a run Nationally if we can put everything together. We are safely moving forward with COVID-19 and not taking anything for granted.”

SUNY Sullivan’s men’s basketball team will have their work cut out for them in their upcoming contests.

Wilson concluded by saying, “The schedule moving forward will be challenging, but should prepare us for the post season.”