SUNY men headed to the dance

LOCH SHELDRAKE – The SUNY Sullivan Generals are back on top as they defeated SUNY Orange for the NJCAA DII Region XV Championship, 83-66. SUNY Sullivan is sitting at 26-3, with one …

SUNY men headed to the dance 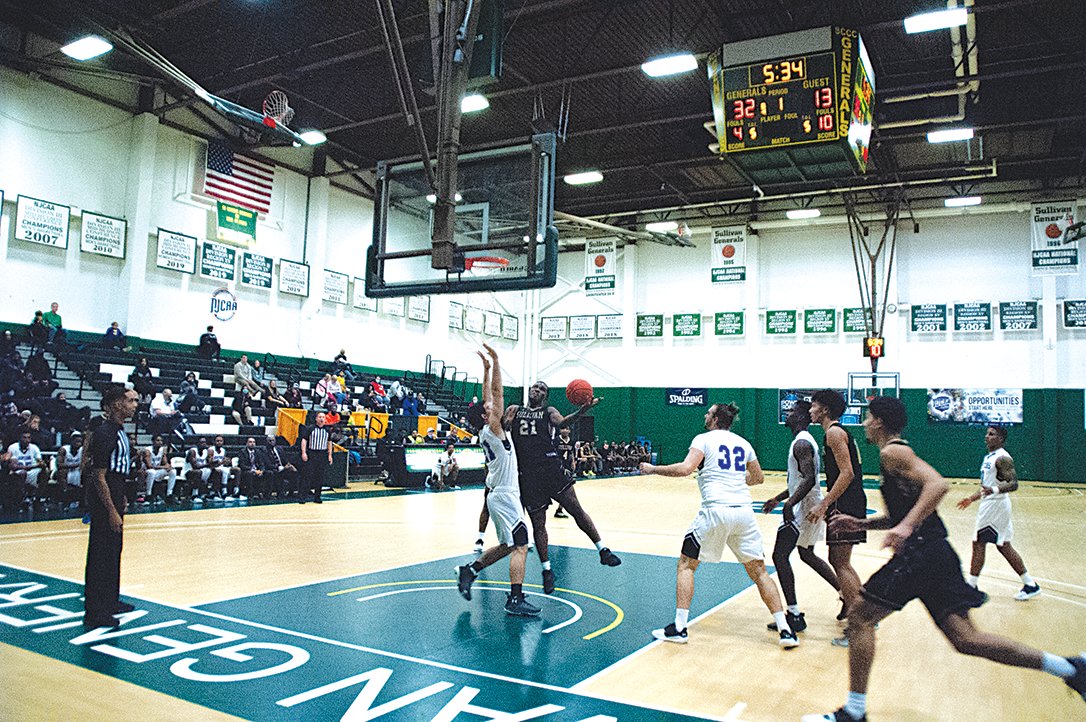 Jarell White goes up over contact for a quick bucket. The Generals have dominated since their season tipped off, sitting at 26-3 with the National Championship looming.
Anthony Morgano | Democrat
Posted Tuesday, March 8, 2022 6:20 am
Anthony Morgano

LOCH SHELDRAKE – The SUNY Sullivan Generals are back on top as they defeated SUNY Orange for the NJCAA DII Region XV Championship, 83-66. SUNY Sullivan is sitting at 26-3, with one of those losses being handed to the Generals by the SUNY Orange Colts in November.

The Generals avenged their earlier loss in February with a 98-96 victory, but the two teams met again in the Region XV Championship. The Generals held a 34-25 lead at the half, and outscored the Colts 49-41 in the second half for the 17-point victory.

Following the Region XV victory, the Generals headed to Niagara CCC to take on Monroe CCC.

An overwhelming 102-72 victory punched their ticket to the NJCAA DII National Tournament. After winning on Saturday to earn a trip to Illinois, they defeated Niagara CCC 87-76 on Sunday to improve their seeding.

When asked about this season’s success, coach Brent Wilson said, “Our depth has proven to be the biggest asset of the season. Coming off of a Covid-19 year and dealing with a lot of ups and downs, we stepped up when needed.”