CALLICOON — For the past 38 years, Dr. Paul Salzberg has treated generations of patients ranging in age from newborn babies to senior citizens. His family medicine practice on Route 97 in … 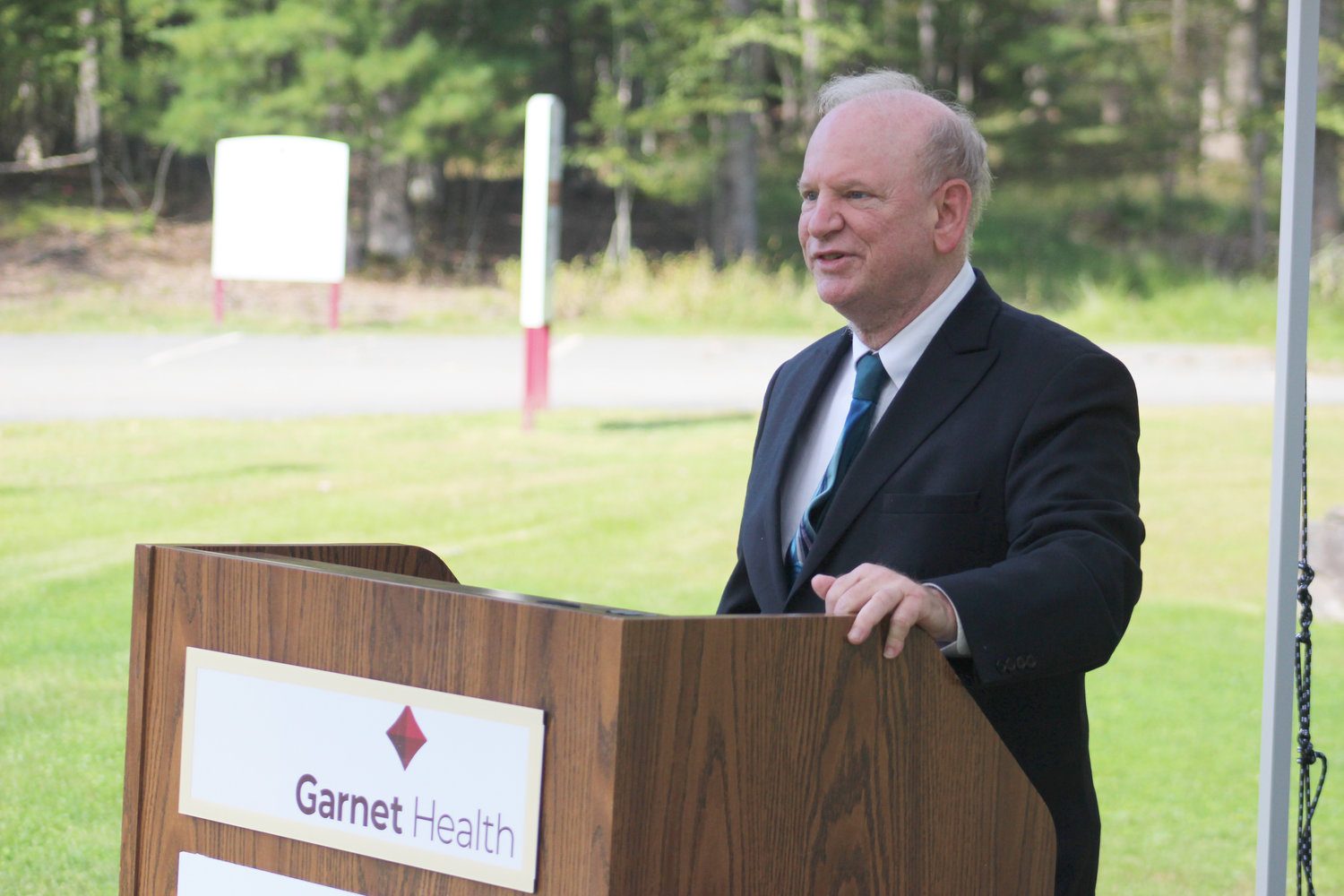 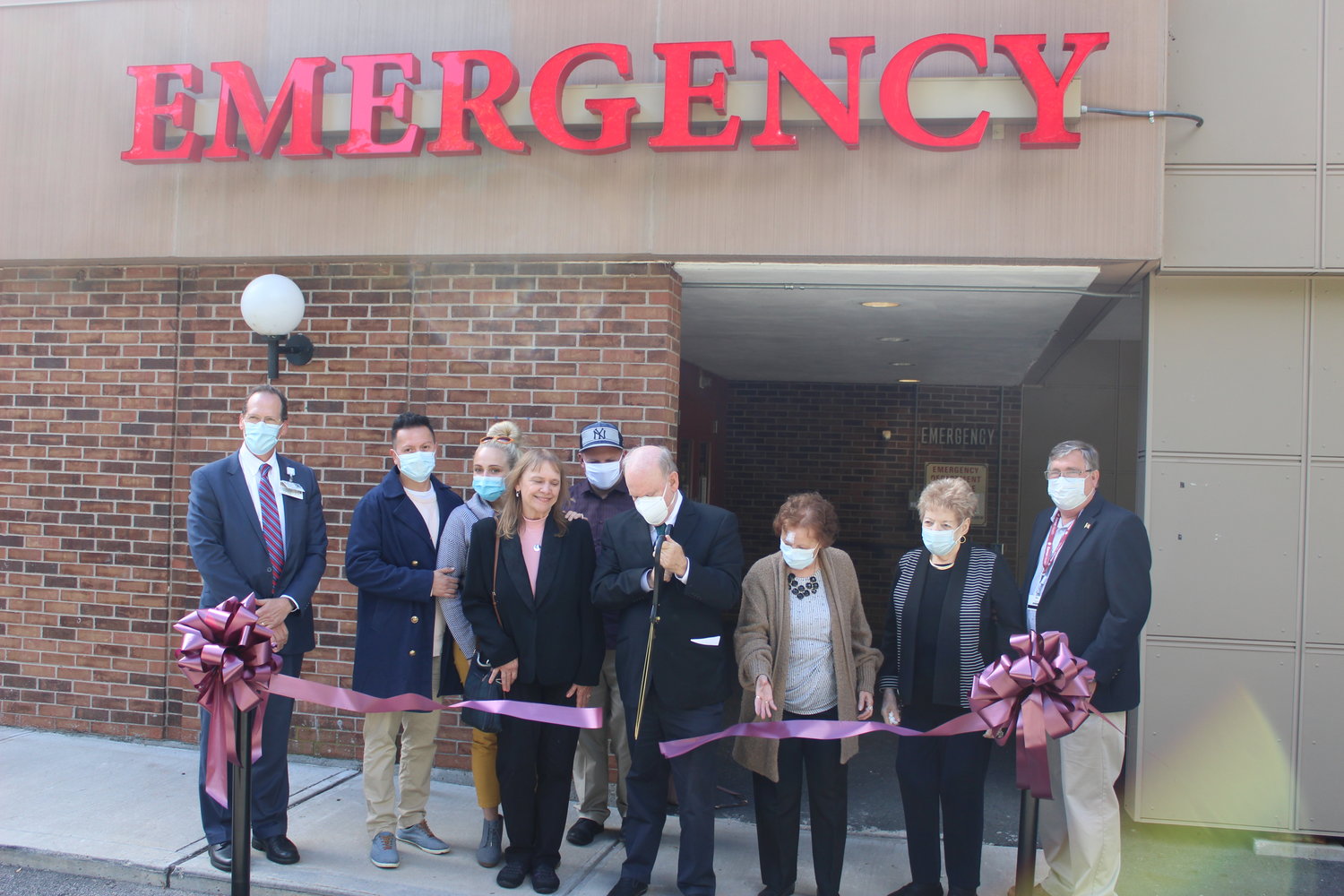 Dr. Paul Salzberg, (center and at right) cuts the ribbon on the Grover Hermann Hospital’s newly improved Emergency Department named in his honor. He was joined by family, friends and colleagues including (on left) are Jonathan Schiller, CEO of Garnet Health Medical Center - Catskills and (far right) Rick Lander, Chair of Garnet Health Medical Center - Catskills Board of Directors.
Matt Shortall | Democrat
Previous Next
Posted Friday, October 1, 2021 6:40 am
Matt Shortall

CALLICOON — For the past 38 years, Dr. Paul Salzberg has treated generations of patients ranging in age from newborn babies to senior citizens. His family medicine practice on Route 97 in Callicoon has been a resource for thousands in a rural area where access to healthcare can prove challenging.

Now Dr. Salzberg is hanging up his stethoscope and ending his practice, officially retiring as of yesterday. The legacy of care he leaves behind in the hearts and minds of those he treated and his contributions to the field he helped advance will remain.

Dr. Salzberg was the guest of honor during a special ceremony at the Garnet Health Medical Center - Catskills, Grover Hermann Hospital on Wednesday. Surrounded by family, friends and colleagues, he cut the ribbon on a $1.1 million dollar project which modernized that facility’s emergency department, which is now named in his honor.

“Dr. Salzberg has been caring for patients in our community and in our hospital for nearly 40 years as a medical staff leader and as a community health leader,” said Jonathan Schiller, CEO of Garnet Health Medical Center - Catskills. “He has served on many committees in our hospitals, helping to make the difficult strategic decisions that keep our organizations pointed in the right direction and focused on the right things. Despite the gravity of that work, in every conversation I've had with Dr. Salzberg he always keeps the patient in the center.”

Presented with an award for his decades of work, Salzberg thanked all those in attendance, including his family as well as the nursing and auxiliary staff he worked with over many years.

“This award is not mine alone,” he said. “I’m very humbled and very grateful.”

Dr. Salzberg said it was always his dream to be a ‘country doctor.’

He earned his medical license in 1983 and has had his own practice ever since. Originally from Long Island, he completed his training at Far Rockaway’s Peninsula Hospital Center and South National Hospital in Oceanside.

He became board certified in family medicine and chose to subspecialize in geriatrics.

“I always liked the idea of talking to people and being with people rather than just being in an operating room or just focusing on a certain part of the body,” he explained. “I like taking care of the whole person.”

He said things have changed drastically since he first entered the medical field.

It used to be common for an individual doctor to open up an office and start their own small practice. Now it’s more of an exception as care has shifted to larger companies and healthcare corporations like Crystal Run, Garnet Health and Middletown Medical.

While praising the work of the professionals in those roles, he admits it’s tough to attract young doctors to rural areas when they are fresh out of medical school with very large student loans to repay.

For him, the biggest motivation was to find a community where he could make the most difference.

“A lot of people in this area have lived here for generations. It gets to be that some of the kids you treated are now bringing their kids,” he said. “I think it was more personable years ago. As far as medicine has changed, there’s a lot more medications now than there was and there’s more procedures that help people live longer. So there’s been great improvements and also things that are not so great.”

Dr. Salzberg had connections to the area before relocating permanently. His wife, Greta, is originally from Cooks Falls before moving to Long Island. Salzberg himself went to summer camp in the area as a kid and worked at some of the resort hotels as a teenager, including Browns and the Echo Hotel in Ellenville.

Besides operating his own practice, Salzberg also serves as a councilman on the Cochecton Town Board. He’s served as the medical director at the County Nursing Home, Delaware Valley Job Corps, Catholic Charities Crisis Centre in Monticello and New Hope Manor in Barryville.

Salzberg has extensive experience treating substance abuse disorders and has seen the rise of the opioid epidemic since the 1990s as it gradually drifted into rural communities.

Even with all those other roles, Salzberg says one of his greatest joys was still being able to relate to patients on a personal level, whether it was talking about their shared love of music - Salzberg plays guitar and performs locally - or just what was going on in their lives.

Salzberg worked with Grover Hermann Hospital from around 1983 through 1991, having a small office there and helping to cover the Emergency Room with the help of other doctors. He saw the Grover Hermann facility go through a lot of changes, from its affiliation with the Community General Hospital, to Catskill Regional Medical Center and now Garnet Health.

Back when he first started, the facility didn’t have its own ambulance and would have to rely on local volunteer ambulance crews. He has plenty of memories riding in those ambulances to transport patients. He remembers treating a kid who was badly injured after falling from a cliff and had to be driven all the way to Westchester. He recalled with a smile delivering a baby in the back of an ambulance who was then named after him.

“It’s a great hospital and it’s great for our area,” he said of the facility on its 50th anniversary. “I hope it’s here for another 50 years.”