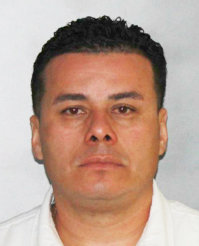 LIBERTY - Sullivan County District Attorney Meagan Galligan announced that a trial jury before the Sullivan County Court found Jose Gomez guilty today of sexually assaulting and injuring a woman in the Town of Liberty in December of 2017. Gomez, 39, of Haverstraw, was convicted of Criminal Sexual Act in the First Degree and Assault in the Second Degree, violent felonies. At trial, the jury heard testimony from the victim as well as from forensic experts who documented the victim’s injuries and the presence of the defendant’s DNA in her body. The verdicts were delivered at the conclusion of a week-long jury trial, which had previously been delayed as a result of limitations on court proceedings during the COVID pandemic.

Galligan said, “This victim persevered through difficult delays knowing her abuser was at liberty on bail until he was finally remanded to jail today. She displayed tremendous courage by facing this defendant in open court and testifying about these traumatic events.” Galligan thanked the Clarkstown Police Department and New York State Police, including Troop F Victim Advocate Kimberly Bryden and the New York State Police Forensic Investigation Center, for their commitment to this case, which was prosecuted by Assistant District Attorney Lisa Bondarenka.

Gomez faces up to 25 years of incarceration plus 20 years of post-release supervision and mandatory sex offender registration at sentencing, which is scheduled before County Court Judge E. Danielle Jose-Decker on February 9, 2022.

The identity of the victim of this case is protected by New York Civil Rights Law Section 50-b.

Sean Kuhn to intern with Democrat this summer
CALLICOON –– Thanks to the New York Press Association’s summer internship program, Sean Kuhn is the newest member of the Sullivan County Democrat team. Sean is a photojournalist …
Fatal crash in Mamakating
MAMAKATING –– A two- vehicle crash westbound on State Route 17  near exit 116 in the Town of Mamakating on Wednesday evening resulted in a fatality. According to the New York …