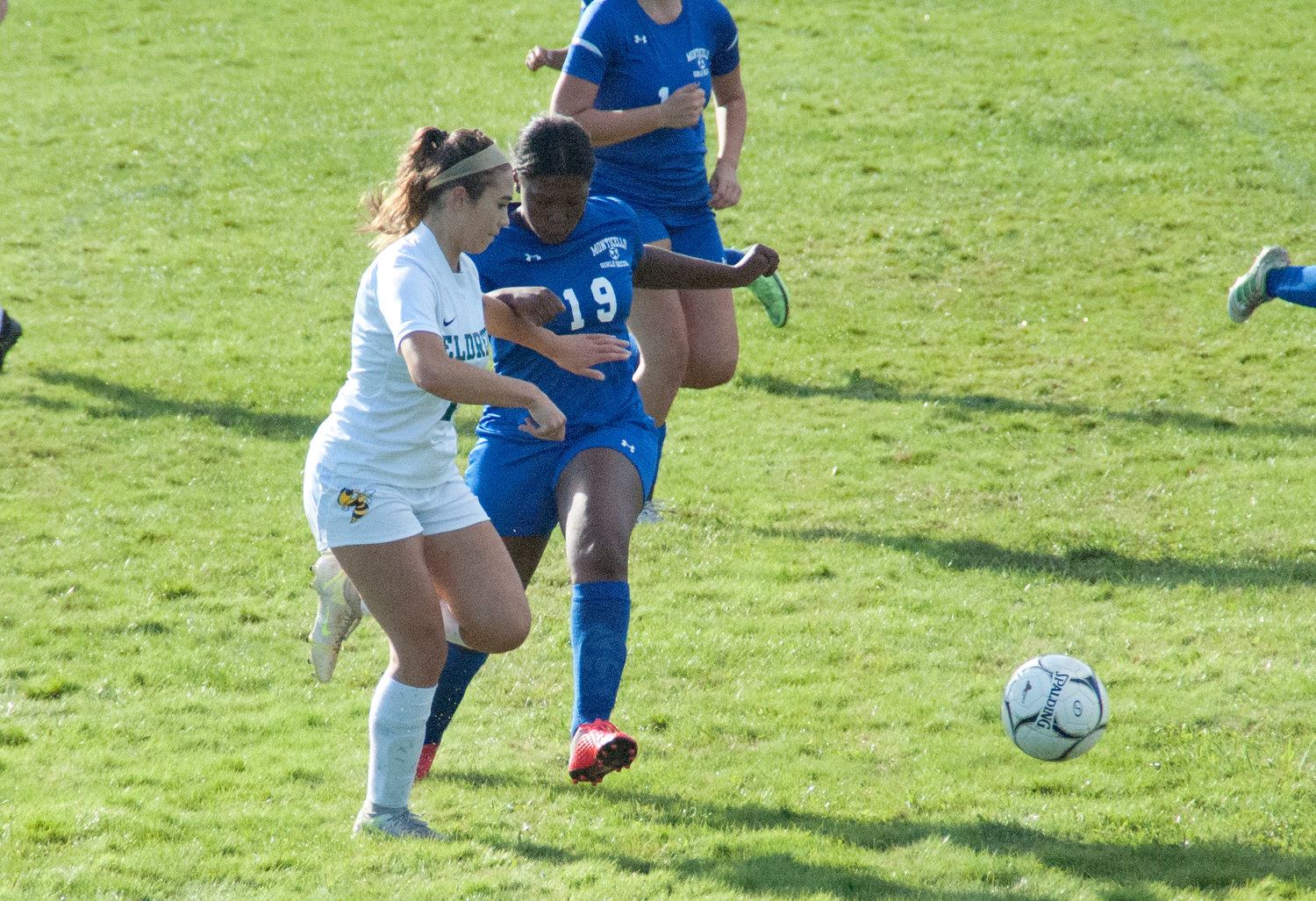 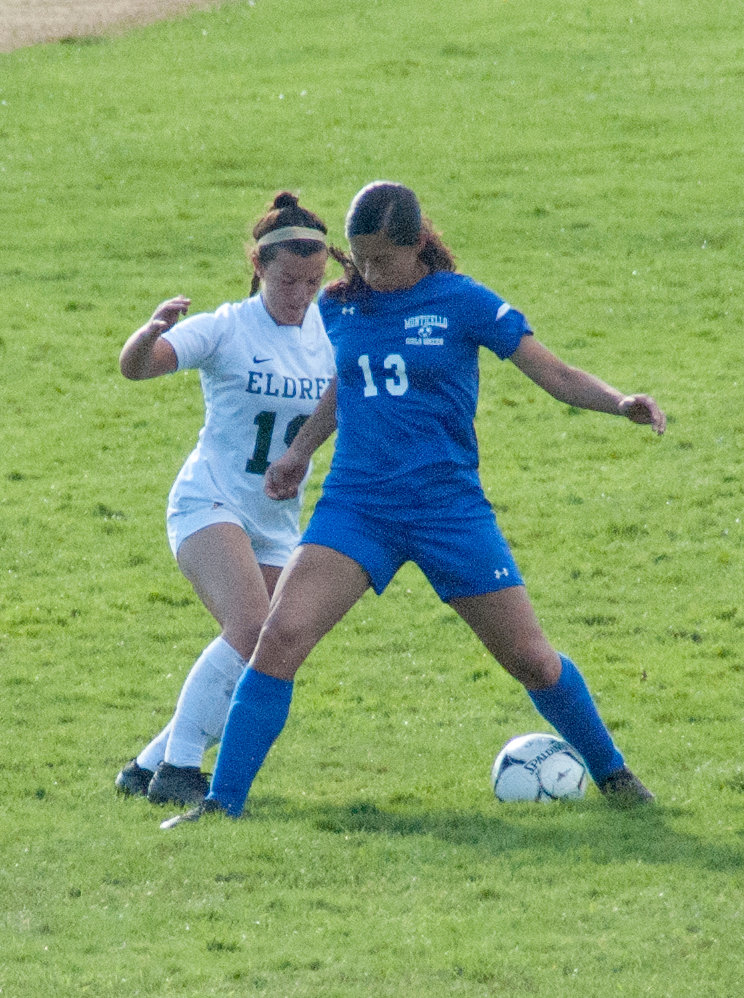 Eldred’s Dana Donnelly and Monticello’s Yami Escobar battle for the ball. Donnelly scored the second and final goal of the afternoon for Eldred, in a 2-0 non-league win.
Anthony Morgano | Democrat
Previous Next
Posted Tuesday, September 28, 2021 6:20 am
Anthony Morgano

MONTICELLO –– There are always questions about a team’s potential success when a new head coach is appointed. The Lady Yellowjackets have made an emphatic statement under their new head coach that they are still a force to be reckoned with on the pitch.

Early in the season, things seemed a bit shaky as Eldred was 0-1-1, following a loss to Sullivan West and a tie with Chester. However, since that time, the Eldred girls have put together a pair of wins, including a showdown with the Lady Panthers of Monticello on Friday, a game in which Eldred won 2-0.

The two teams contended on a field in which puddles and baseball field dirt narrowed the lanes in which they could feasibly play. The puddles, due to the rain from the day before, slowed the pace of the game when the action was forced to that side. Neither team was phased by the obstacles, and the fierce battle continued throughout the afternoon.

The two teams seemed evenly matched, as the scoring opportunities were scarce between the two squads.

Monticello’s defensive star of the day was Holly McFarland, who hung back near the goal and spent the afternoon clearing the ball whenever Eldred advanced. Eldred’s two first half goals made the difference in the game, but the entire second half the two teams were able to convert any shots.

Friday’s game was a huge win for the Lady Yellowjackets, bringing their record to 2-1-1. They still have yet to play a league game, the only team in their division this year is Chapel Field, but these wins are confidence boosters for a young squad that is primed to bring home a Section IX Title.

“It’s a nice feeling to get a win against a bigger school,” new head coach Jordan Lepes said following the victory. “We have to work with what we’ve got, and to be able to come together and get a win like this is great.”