Whether or not you believe Shakespeare wrote Shakespeare, the fact remains that some of what was written back in the 1500 and 1600s is good stuff. And when you put all 37 of his plays together for a … 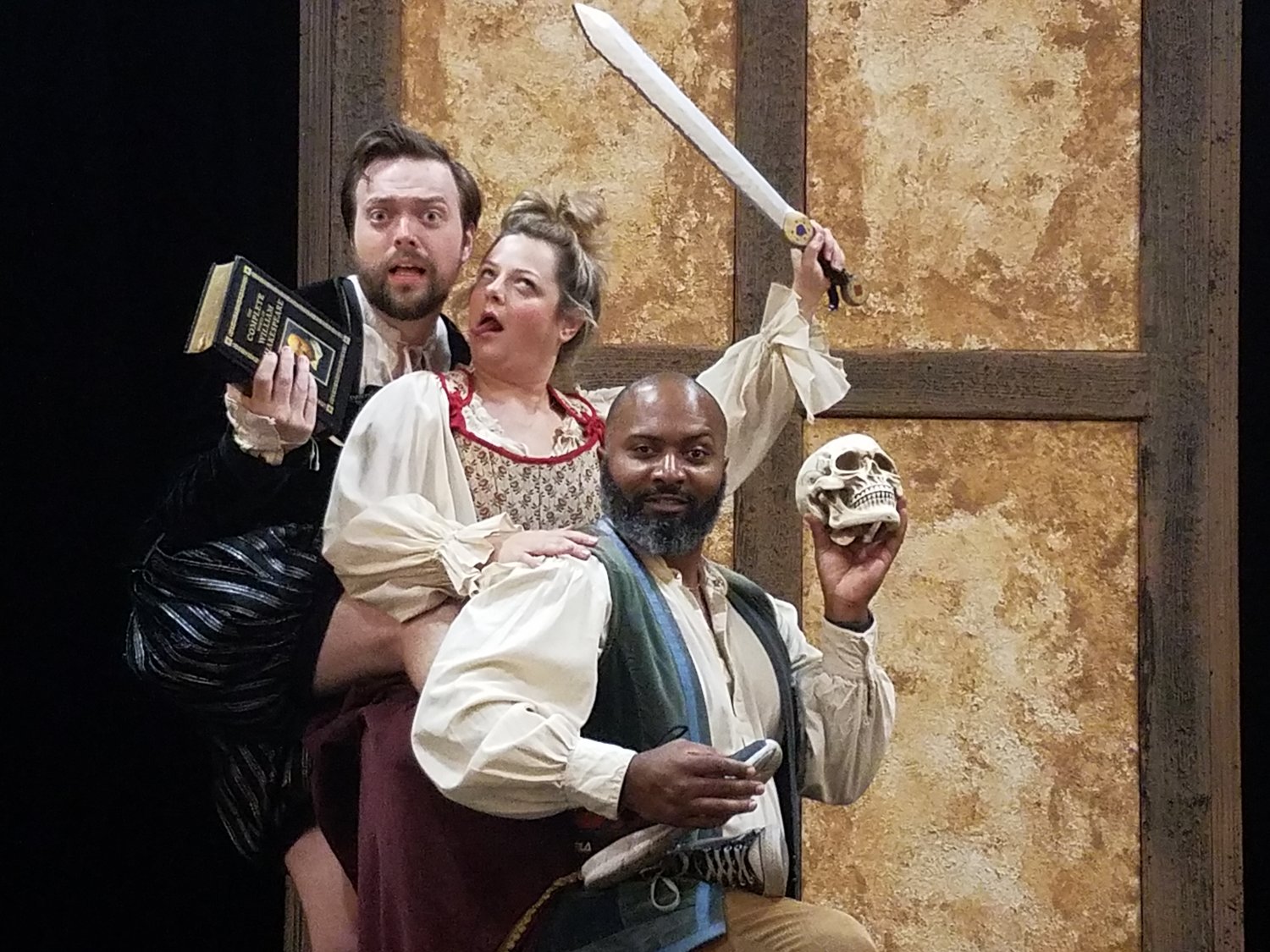 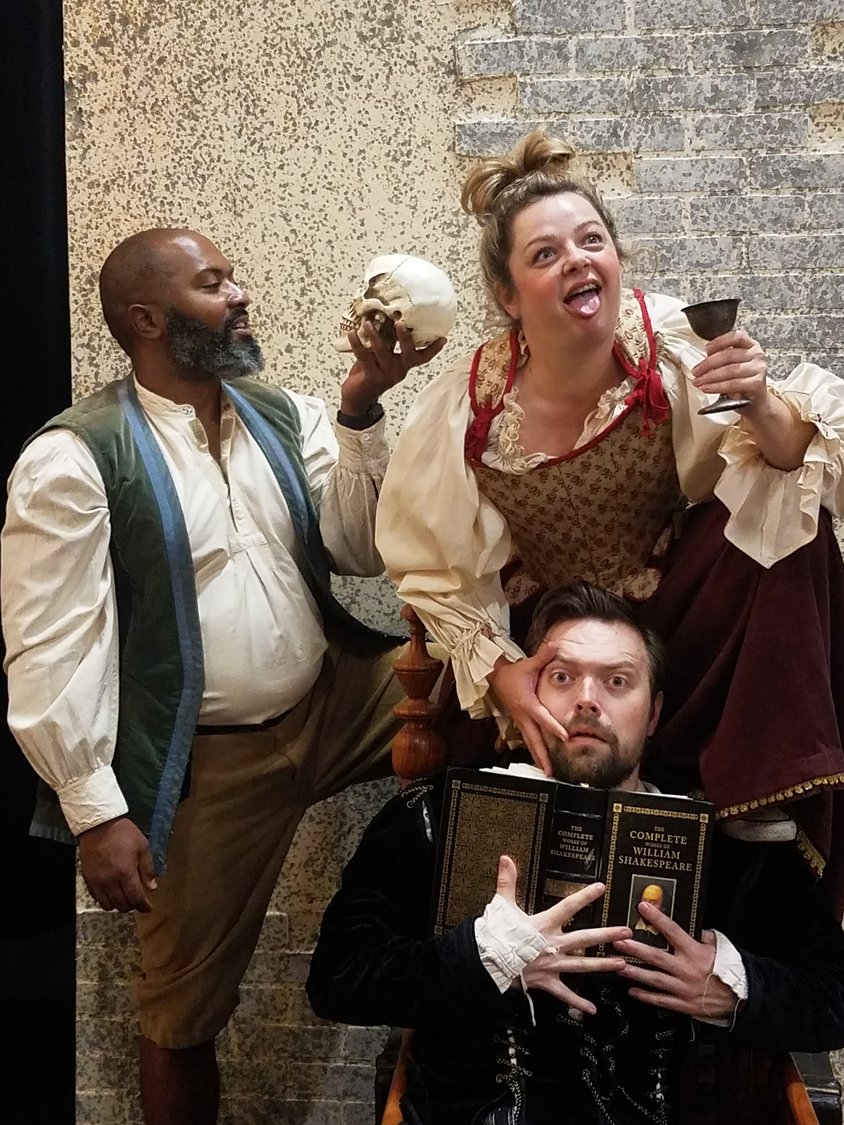 Whether or not you believe Shakespeare wrote Shakespeare, the fact remains that some of what was written back in the 1500 and 1600s is good stuff. And when you put all 37 of his plays together for a 97-minute comedic romp, there is non-stop hilarity.

Shadowland Stages in Ellenville is a theatre that continually presents top-notch entertainment. Playing now through September 5, is the decisive farce of the Bard’s works – “The Complete Works of William Shakespeare (abridged) [revised],” written by Adam Long, Daniel Singer, and Jess Winfield.

I’ve seen this play three times, and it just gets funnier with each viewing. Shadowland did this play once before and the guy who directed it this time – Shadowland’s ever-brilliant Artistic Director Brendan Burke – was in the show back then.

This version of “Complete Works …” differs from the original “un-revised” version in several ways, most notably by the addition of a female character. And while the big joke in the original is having one guy play all the female roles – including the dreaded, but necessary Ophelia in “Hamlet” – there’s no need to get your knickers in a twist. This version takes advantage of hundreds of other opportunities to throw “slings and arrows” at one of the greatest writers of all time. And, to quote Burke, “why should only the guys have all the fun?”

Here are some examples of the fun in store for you: the tragedy “Titus Andronicus” is presented as a cooking show; “Macbeth,” a.k.a. “The Scottish Play,” is spoken with burrs so strong you could cut wood with the actors’ words; and all of the histories, including “King Lear” is a football game with a crown being tossed about instead of a pigskin.

Other highlights include: “Romeo and Juliet” (how many times can the lead characters die?), “Othello” as an opera, and all the comedies mashed together in a super-speed scene (that could have been slowed down just a bit to help the audience understand what was being said).

Act II is devoted entirely to “Hamlet,” a play about which gazillions of words have been written. This is where maximum audience participation is invited, and the spectators eat it up, as the play descends into 100-mph organized chaos. (Seriously, was it ever anything but?)

Modern references abound with a tape measure being used to ensure social distancing, allusions made to “Real Housewives …,” the payment app Venmo, TikTock and the psychology of the Id, Ego and Superego.

Tremendous praise to three talented actors, with superb improvisational skills, boundless amounts of energy, and an affinity for endless amounts of absurdity. Awards should go to all three for melodrama and over-acting. (In this show, that’s a good thing!)

After reading about all this fun, if the question remains “to see or not to see” the “Complete Works …” in this reviewer’s opinion, you should tarry not, but get thee to Shadowland Theatre post haste.

“Complete Works of William Shakespeare (abridged) [revised] …” plays now through September 5, at Shadowland Stages in Ellenville. Performances are Thursday, Friday and Saturday at 8 p.m. and Sunday at 2 p.m. Call the box office: 647-5511 or go to shadowlandstages.org.

Trick or Treat Yourself to the  Immortal “Rocky Horror Picture Show”