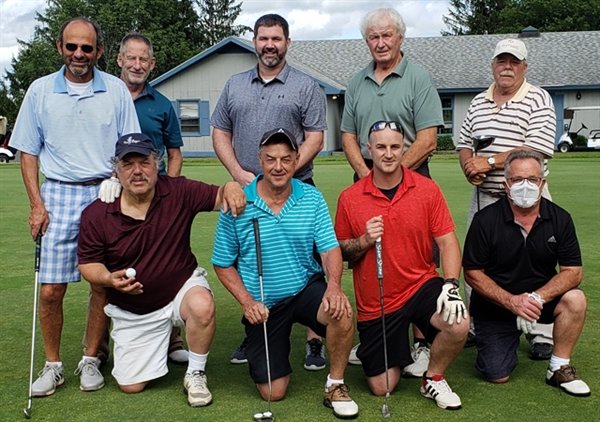 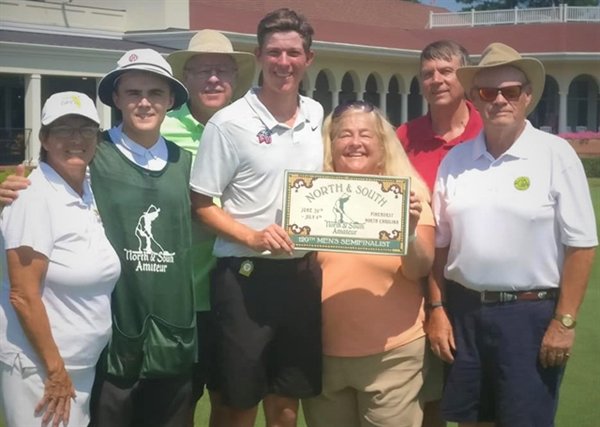 The 13-team Tuesday Men's league at the Town of Fallsburg Tarry Brae Golf Course is a combination of the old Electric Company league and the Sullivan Prison league which joined forces in the early eighties and played at Grossinger's.

The two leagues joined together as a result of neither league having a full roster.

At the peak of the league there were 18 two-man teams with a waiting list to get into this popular league.

Doug Rohrback took over the chairmanship of the league from the late Bobby Jones who left in the late eighties to move back to Albany.

Four years ago the league met with a crisis when Grossinger's decided to close.

Rohrback added that “we carried 16 teams at that time but unfortunately we are presently down to 13 teams with one team dropping out at the beginning of the year.”

The chairman of the league pointed out that the league alternates between the front and back each week and that the scoring is based on the 21 point system.

Winners of the league for the 2019 season were Jerry and Rich Johnson.

Golfers of all skill levels compete in this league with handicaps based on 90 percent.

For over 115 years the North and South Amateur has been contested on the hallowed grounds of Pinehurst and the 120 player field produced top amateur golfers by invitation only.

The experience of playing in this tournament will serve the young Liberty University sophomore well in the future.

Yaun finished this event tied for third which will help him with his national rankings and gain him points toward other prestigious tournaments like the Walter Cup.

His new Scratch Amateur Rankings is 68 in the world.

The highlights of this tournament for Jonathan came on Friday, July 3.

Yaun, one of four remaining in the longest consecutive-running amateur golf championships, started the round of 16 with eight birdies over his first nine holes to score a 9 and 8 victory over Oklahoma State's Rasmus Neerguard-Peterson.

It took 19 holes in the quarterfinals but Yaun earned a 1-up win to get into Saturday's semifinals.

In June Yaun became the first Liberty University golfer to be selected the top collegiate golfer in Virginia.

Championship golf runs through the veins of the Florida based Radford Yaun family who also have strong ties to Liberty and Sullivan County. The golf scene in Sullivan County remembers Radford (Rad) Yaun, (Jonathan's father) while living in Liberty when he won the New York State Amateur Championship in 1976. His mother, Meredith, in 1981 turned professional and competed in the United Kingdom (UK) in 1983.

The future for Jonathan gets brighter and brighter.

Sometimes you hit a great drive right down the middle of the fairway and think you have an easy shot to the green, only when you get to your ball you find it sitting in the middle of a divot that someone didn't replace.

Unfortunately due to a rule called rub of the green, you must play the ball where it lies and hit the ball out of the divot.

If you make a few adjustments this shot is quite easy.

First use one more clubs than you would normally use from that yardage. After you select the club, grip down or choke down on the club.

When you aim, try to aim more left than usual (this is for right-handed golfers), as the ball will have a tendency to curve to the right after impact.

Try to play the ball more towards the back of the stance, this should make the ball fly lower than normal and put more spin on it.

When you make your swing be sure to hit down on the ball and drive through it with some acceleration. A full follow through is not necessary, keep your arms and hand low through impact and hit more of a punch shot.

The key to this shot is to make contact with the ball first and then drive the club through the shot keeping your head still.

Robert Menges is the head golf professional at the Swan Lake Golf & Country Club, Mt. Hope Road, Swan Lake. He is available when the course opens in mid-May. If you have a question or subject you would like covered, he can be reached at 845-292-0323, 845-866-5567 or via email at bobmenges22@gmail.com

Most important barometer for building putting skills is MOTIVATION.

The student golfers I have taught over the years that improve the most are those that are motivated the most.

Practicing diligently what they learn.

Geoff Walsh is a Class A PGA Professional at the Tarry Brae Golf Course at 387 Pleasant Valley Road, South Fallsburg. At this time private lessons are not available. If you have a question or subject you would like covered, he can be reached by telephone at 845-434-2620.

Ed Townsend is a Public Relations Consultant to the sport of golf and brings over 60-years of sports journalism experience in writing and compiling the information for this column. When leagues and courses are fully in operation send your league or tournament information to Ed at 845-439-8177, email to bghtnews@aol.com or fax to 845-205-4474. View this column and Ed's photos at http://bght.blogspot.com We are also on Facebook and Twitter.

Even great in the booth