LOCH SHELDRAKE – Call it the return of the king, the king of winter sports that is. Basketball enjoys the greatest prominence of the winter ledger just as football does in the fall and track … 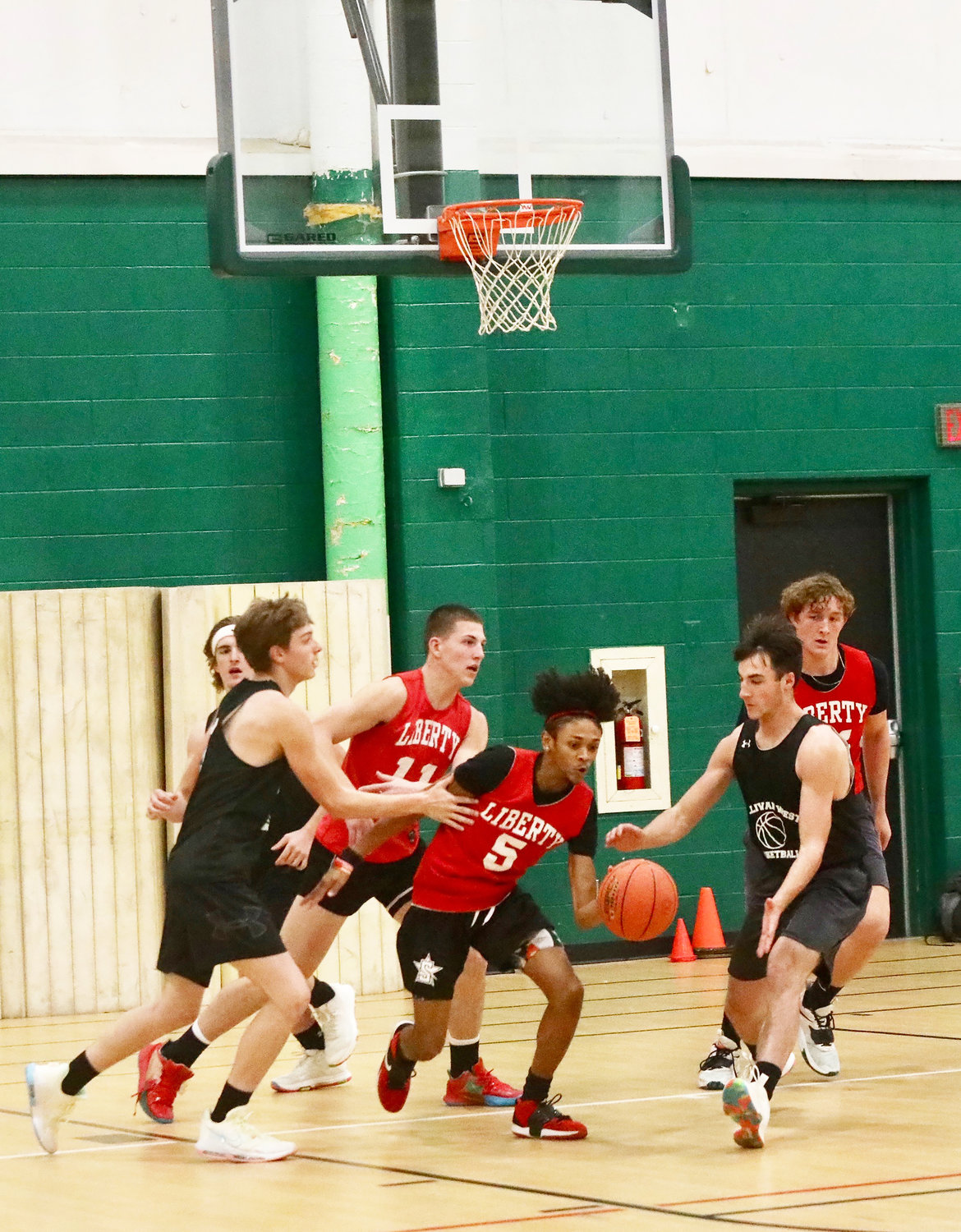 Hustle and flow: Liberty looks to bring the ball up the floor as Sullivan West looks to make that task a lot more difficult.
Richard A. Ross | Democrat 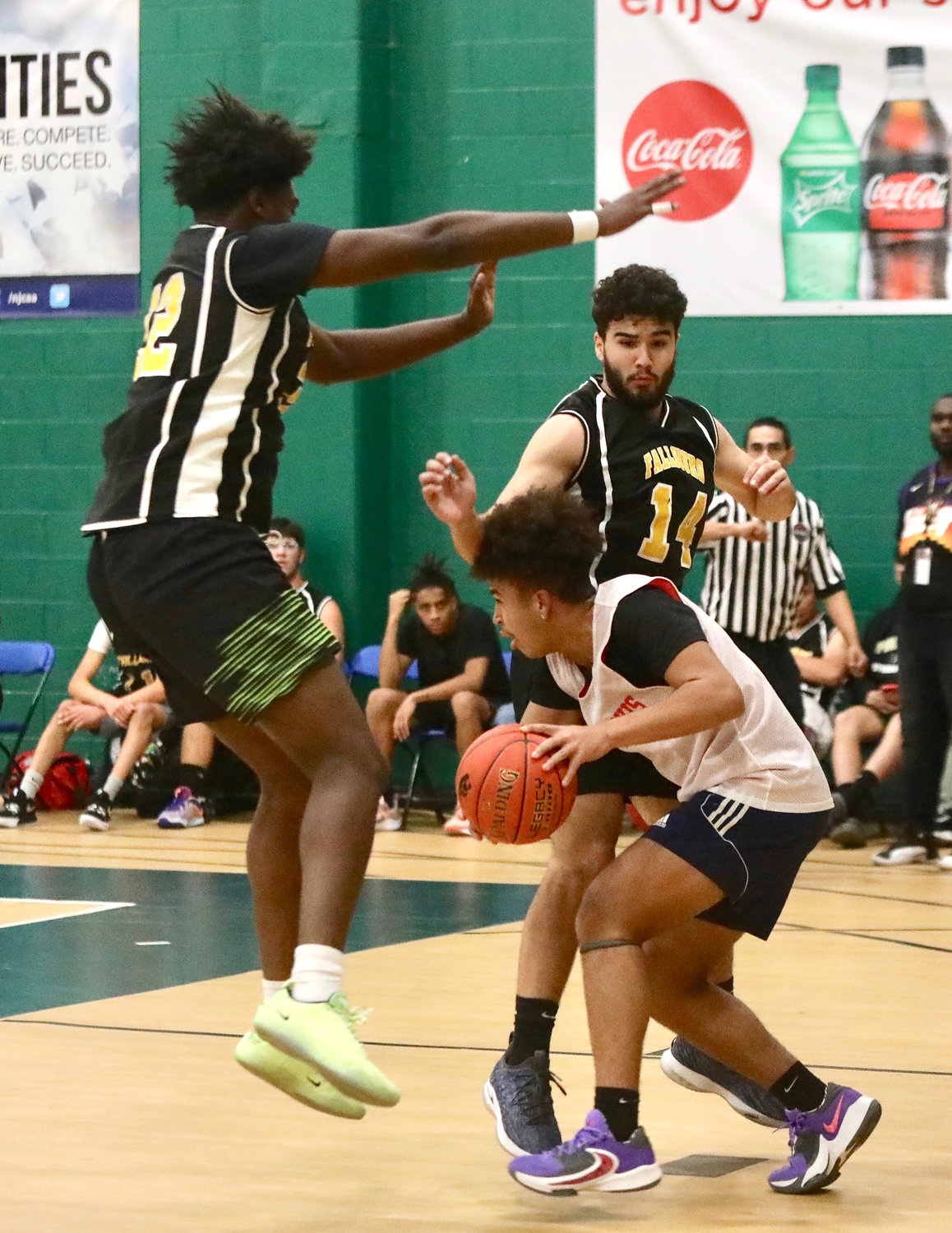 Fallsburg defenders hem in a Port Jervis guard in the Comets’ first fray of the evening.
Richard A. Ross | Democrat 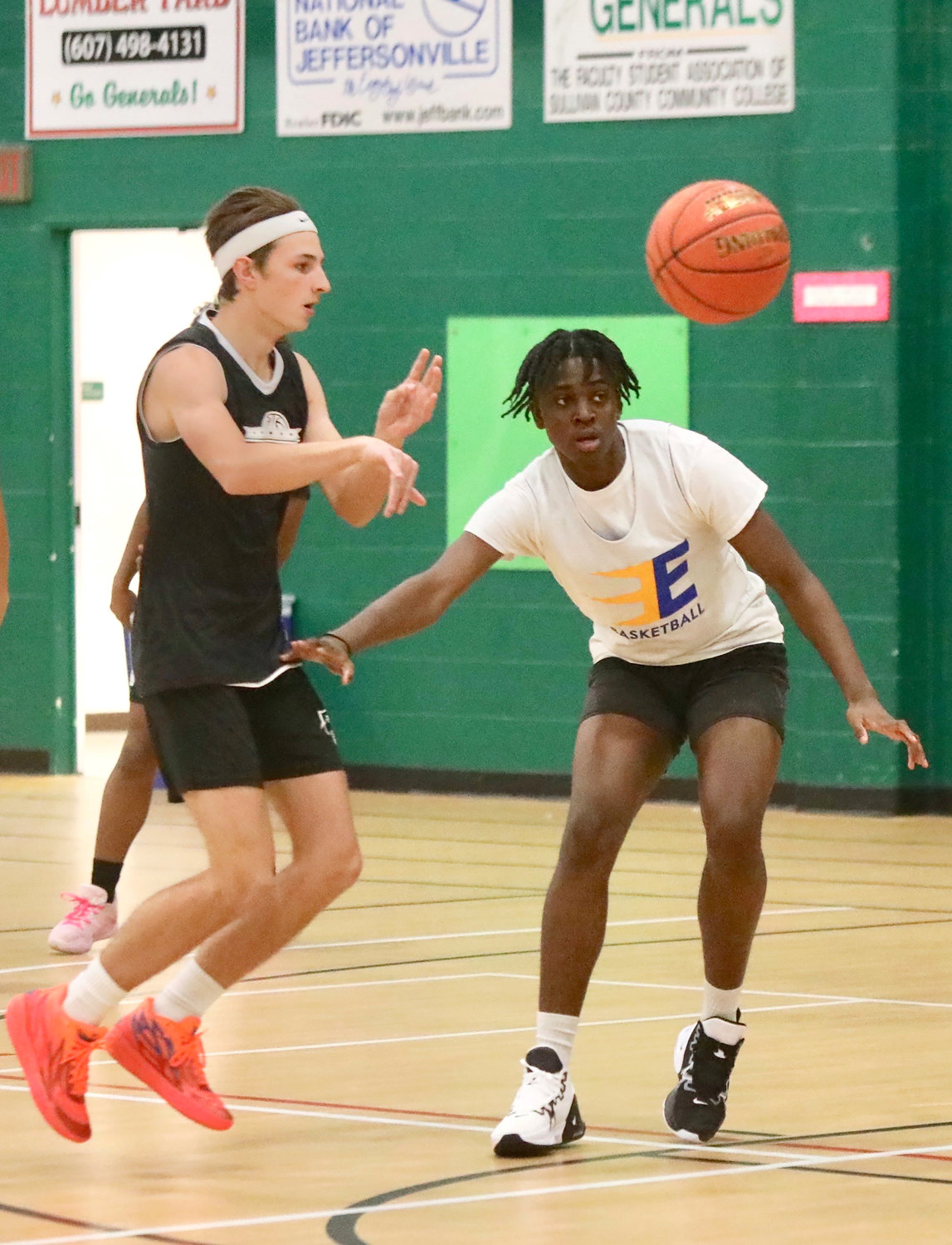 Monticello veteran, senior Joseph Russo sends for a perfect pass as an Ellenville defender arrives too late to hinder it.
Richard A. Ross | Democrat
Previous Next
Posted Friday, November 25, 2022 6:30 am
Richard A. Ross

LOCH SHELDRAKE – Call it the return of the king, the king of winter sports that is. Basketball enjoys the greatest prominence of the winter ledger just as football does in the fall and track does in the spring.

It’s only been a week since the first day of basketball practice, but next week the regular season will get underway. Each new campaign offers a clean slate as teams coalesce with somewhat changed rosters from a year ago.

At the BCANY Monticello multi-school scrimmage at SUNY Sullivan, coaches got their first look at their teams in live action. The BCANY scrimmage unfolded on three courts where teams were playing simultaneously with 26-minute running clocks. The encounters offered hints as to which players will be best suited to play specified positions.

In addition, coaches got a chance to see if the system they were planning to implement will work both offensively and defensively.

The scrimmage featured Sullivan County schools including host Monticello, Liberty, Fallsburg and Sullivan West. Over the course of the evening the county schools not only vied against each other, but also engaged with Chester, Washingtonville, Port Jervis, Maine Endwell and Mount Academy. The action often pitted schools against teams from different classes.

The scrimmage, which used to unfold at Sullivan County Community College, returned to its original venue as scheduling this year permitted it to do so.

With the scoreboard clock ticking down the time, each court was alive with rife action as coaches looked on and shouted instructions to their players.  The venue was closed to spectators so only coaches and officials were on hand besides players.

For this winter’s riveting basketball coverage with its compelling stories and photos, be sure to keep your eyes on the Sullivan County Democrat.

Neither rain nor snow...