David Buddenhagen is a former chief of the Hortonville Volunteer Fire Department.

While a member of the department for 68 years, David was a mentor and a father figure to many of the young men and … 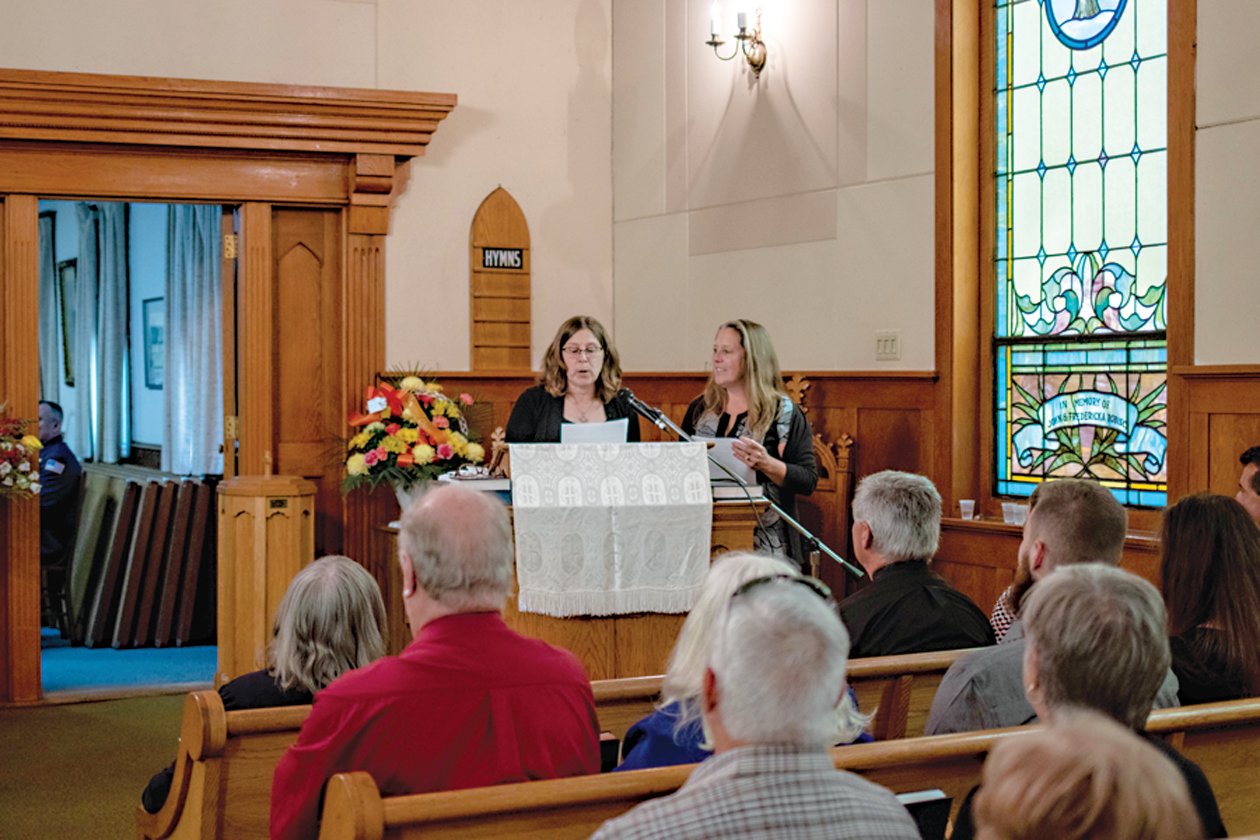 David Buddenhagen is a former chief of the Hortonville Volunteer Fire Department.

While a member of the department for 68 years, David was a mentor and a father figure to many of the young men and women currently serving the hamlet of Hortonville fire service.

“They just don’t make people like that anymore, they really don’t. I tried, right now, to say what I wanted for the speech, but I just couldn’t. It’s a tough thing to do when David has been like a father to me for 43 years… He was everything to us,” said Fire Chief Darryl Emmet.

Emmet had given a speech at the Hortonville Presbyterian Church service last week where he recounted the many great things David had done for the community and for the fire department.

David Buddenhagen was the pride of the department. Awarded numerous medals and honors for his bravery and dedication, David never let it go to his head. He was a Deputy Coordinator for Sullivan County Bureau of Fire for over 10 years. He was Hortonville’s Department Safety Officer, and an engineer his entire career.

Even now, the firemen of Hortonville feel he is keeping them in check, keeping an eye on them from above. David had dedicated himself to his family and his community. He was known to never turn down a call. Even at 2 am when he would get a call from 9-1-1 dispatch, David would be out the door before he could even hang up the phone. He tackled every task head on and got it done.  He maintained the fire trucks, made sure gear was always ready to go, and repaired anything that could be fixed. He would even pick the 5 cent returnables out of the garbage can.

David’s memorial service filled the Presbyterian Church in Hortonville. Packed far beyond capacity, the service took place over the course of about an hour. The entirety of the Hortonville Fire Department was in attendance, as well as a Navy color guard to honor his enlistment and more than a hundred of his family, friends and neighbors who came to pay their respects.

Determined to keep the service celebratory, David’s two daughters, Cindy Menges and Cathy Wilcox, gave an upbeat eulogy about their father’s many amazing and wonderful aspects. They spoke about his many exploits fishing the Callicoon Creek, how he had to buy the hunting camp three whole bottles of liquor, and his daily trips down the River Road in Callicoon to shoot the breeze with his good friend, Tito.

“He was the only man who could put 15,000 miles on his truck and not travel outside of 5 miles,” said Cindy Menges.

After the church service, the Fire Department catered a reception in the fire house David had helped construct. The department held a brief memorial outside the fire house and saluted.