SULLIVAN — Environmental Conservation Officer Charles Eyler recently responded to reports of a sick and injured porcupine in a resident’s backyard.

When the ECO arrived, he noticed … 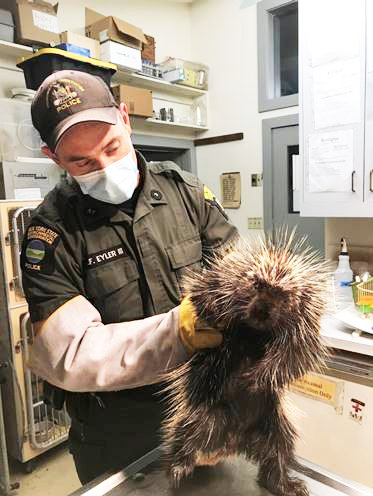 SULLIVAN — Environmental Conservation Officer Charles Eyler recently responded to reports of a sick and injured porcupine in a resident’s backyard.

When the ECO arrived, he noticed the animal was alive but barely able to move.

With the assistance of an animal rehabilitator from the Trevor Zoo in Millbrook, Officer Eyler carefully lifted the female porcupine into a container before transporting it to the zoo.

The porcupine will remain at the facility until it’s released back into the wild.