Crowds of people turned out along Broadway in Monticello and at the Ethelbert B. Crawford Public Library on Saturday to observe the latest federal holiday. 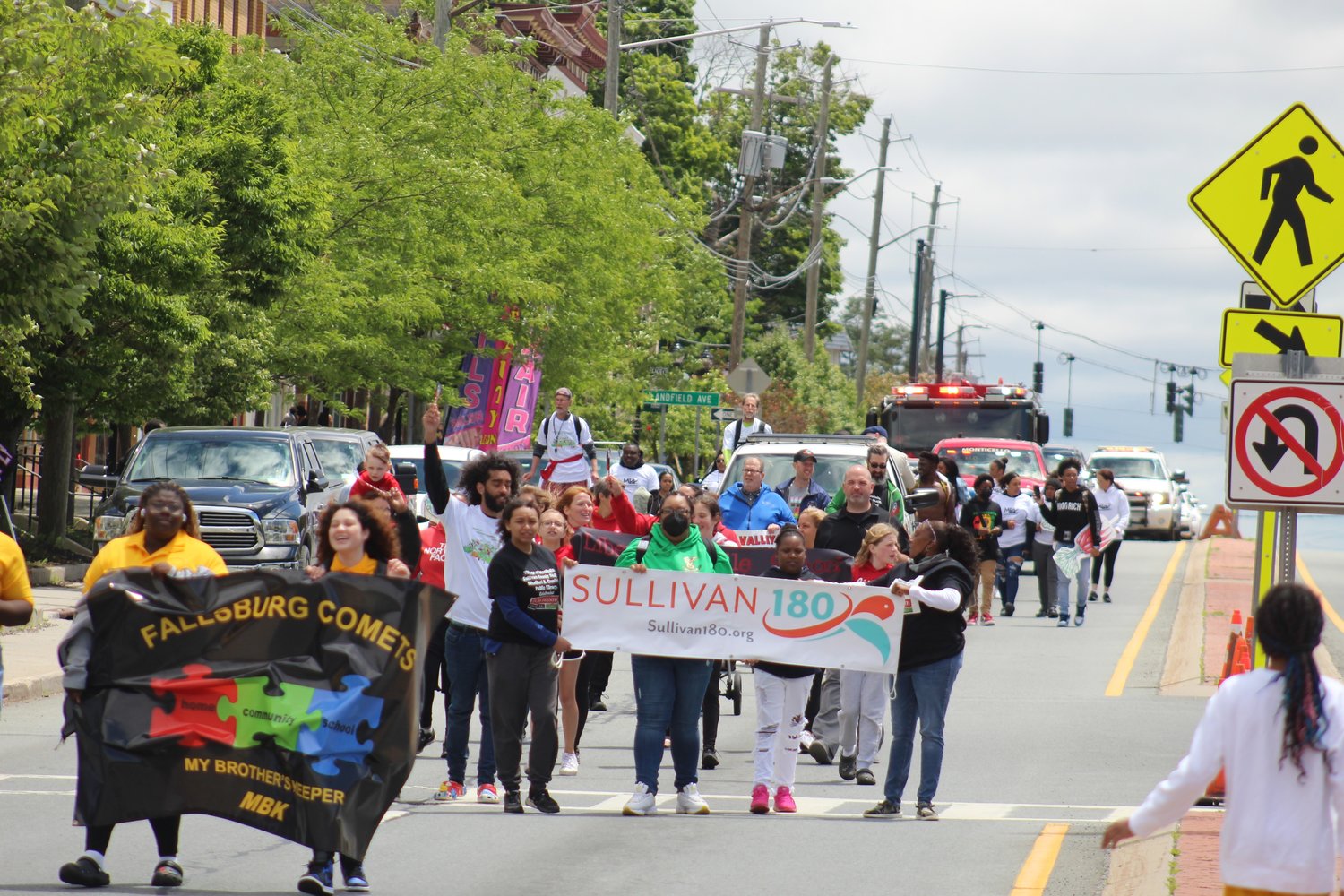 Local organizations, nonprofits and student groups, fire departments and law enforcement agencies were among those who participated in the Juneteenth parade down Broadway in Monticello on Saturday.
Matt Shortall | Democrat 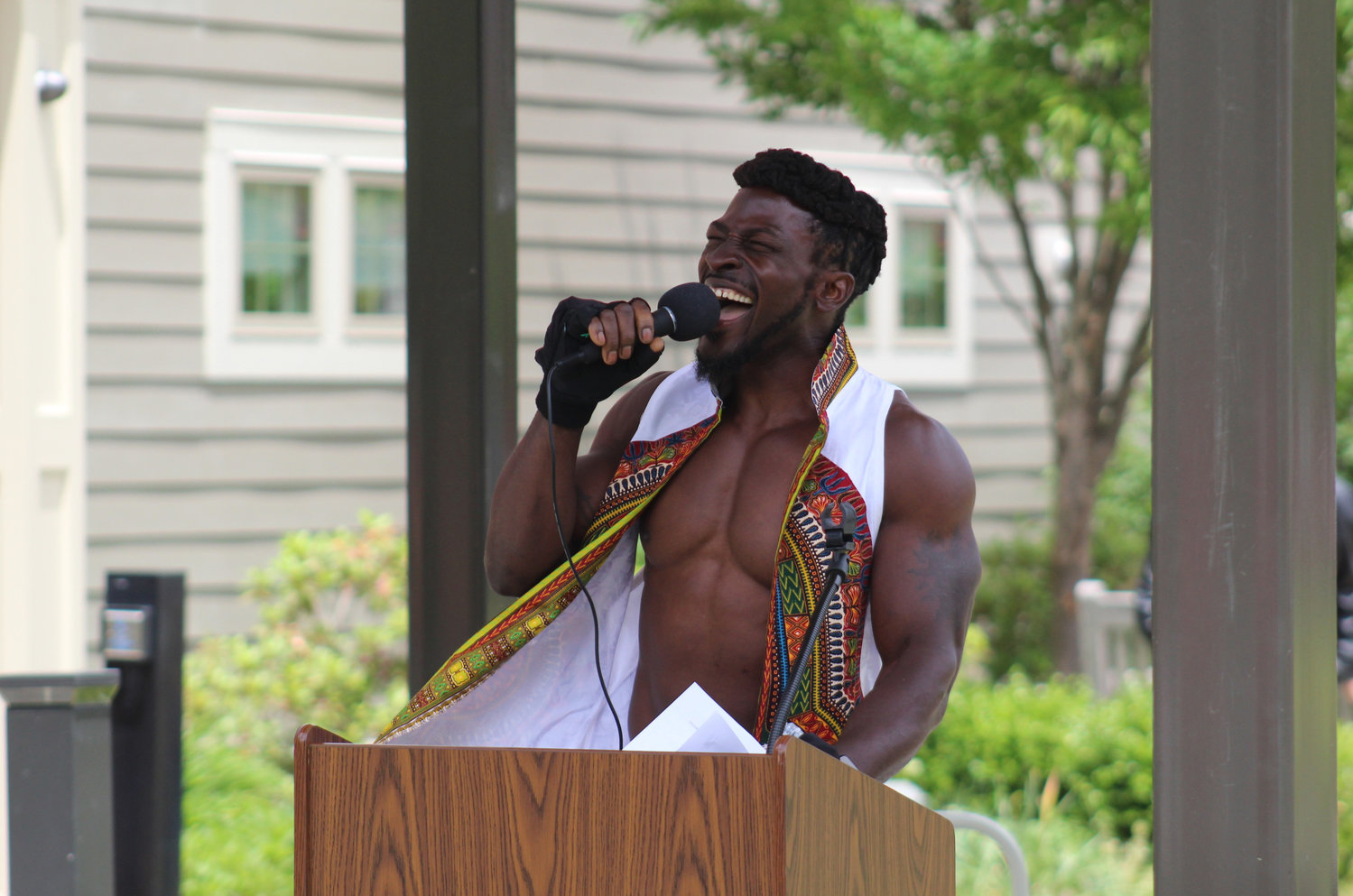 The day’s keynote address was entrepreneur and motivational speaker Damola Akinyemi, who spoke about the history of Juneteenth and carrying its lessons with us today.
Matt Shortall | Democrat 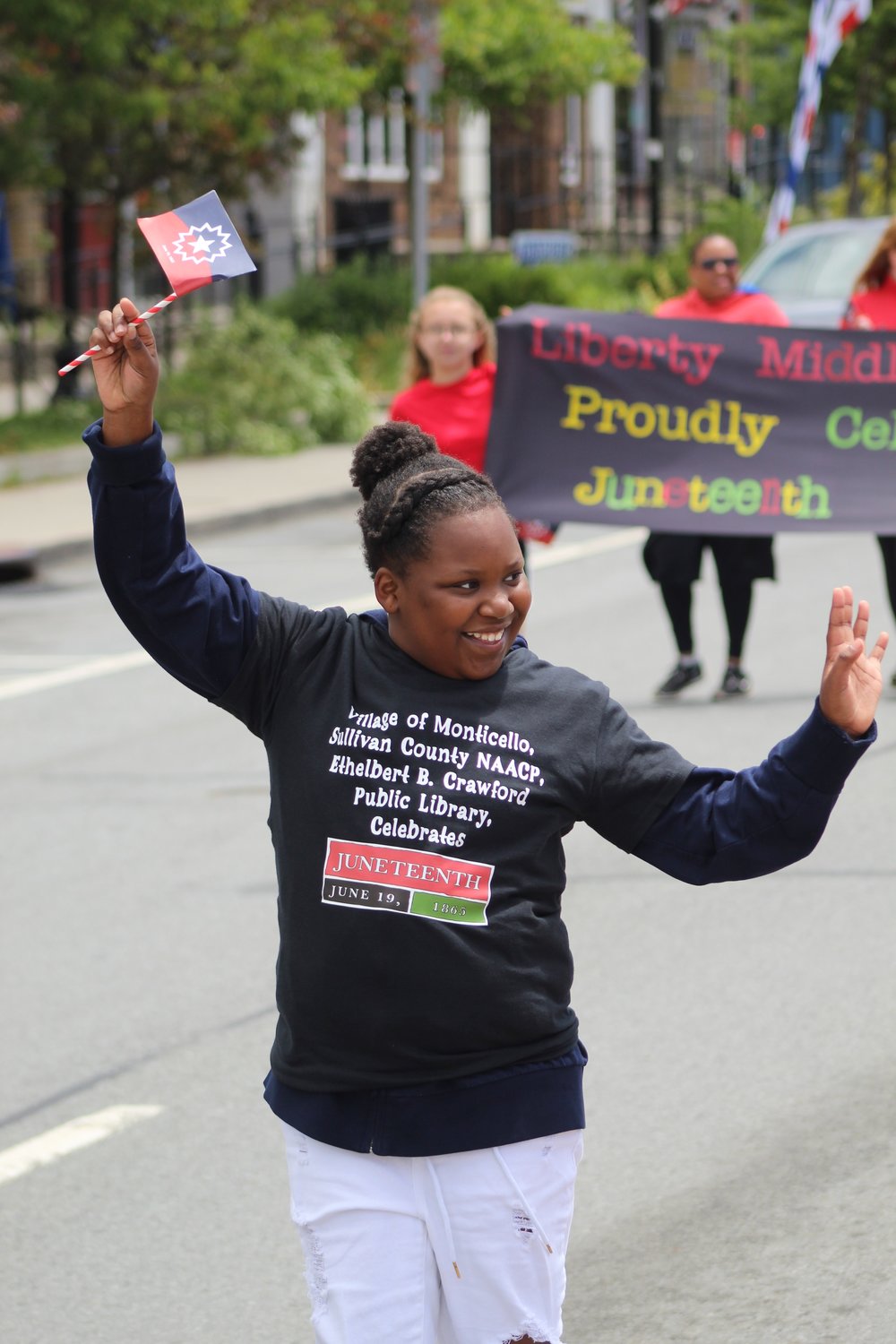 Parade participants marched with the Juneteenth Flag. Designed with red, white and blue with a bursting star in the center, the flag commemorates the end of slavery in the United States of America.
Matt Shortall | Democrat
Previous Next
Posted Friday, June 24, 2022 4:00 am
By Matt Shortall

Crowds of people turned out along Broadway in Monticello and at the Ethelbert B. Crawford Public Library on Saturday to observe the latest federal holiday.

Juneteenth commemorates the emancipation of enslaved African Americans, particularly the anniversary of June 19, 1865 when Union General Gordon Granger issued a general order proclaiming freedom for enslaved people in Texas. The day, recognized for years in various parts of the United States, became a federal holiday only last year.

“Even though the Emancipation Proclamation set us free, there still was a fight to get to where we are today and we’re fighting every single day,” said Sullivan County NAACP President Sandra Johnson-Fields. “Know that this date is when all of us were free. That’s why we’re celebrating. It’s not just for some, it’s for all!”

Akinyemi led those assembled in a prayer. He asked that everyone in attendance would experience “real and true freedom” in their personal, physical and spiritual lives.

“As we celebrate freedom ... let each and everyone of us not only be free but share that freedom with others so we might help other people to rise,” he said.

Village mayor George Nikolados thanked everyone for coming to Monticello’s first annual Juneteenth parade, as well as thanked the volunteers and NAACP members who made the event possible.

“Coretta Scott King once said ‘struggle is a never ending process. Freedom is never really won. You earn it and win it with every generation,’” Nikolados recalled. “Juneteenth not only commemorates the past. It calls us to action today and tomorrow.”