LIBERTY –– The Lady Indians had their 2021 season opener on Tuesday, hosting Port Jervis. The Lady Raiders scored early and often, leading to a 6-1 victory over Liberty. 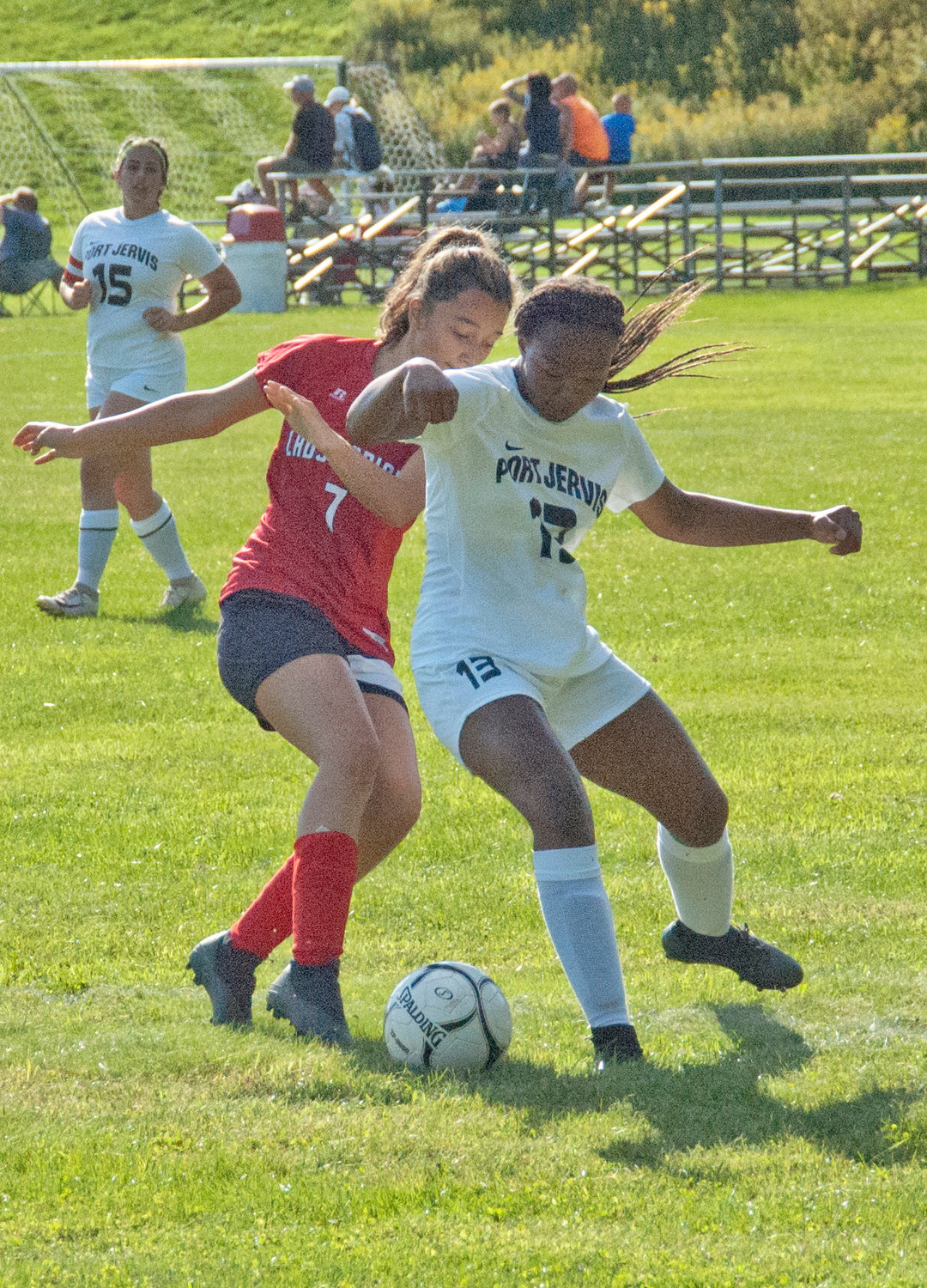 Liberty’s Hennesi Rebolledo battles for the ball. Rebolledo scored the Lady Indians’ only goal in a 6-1 loss on Tuesday.
Anthony Morgano | Democrat
Posted Friday, September 10, 2021 6:15 am
By Anthony Morgano

LIBERTY –– The Lady Indians had their 2021 season opener on Tuesday, hosting Port Jervis. The Lady Raiders scored early and often, leading to a 6-1 victory over Liberty.

Bailey Hammock led the scoring with a hat trick for Port Jervis, while Penny Jones, Yacine Niasse, and Anna Figueroa each added a goal of their own.

Liberty’s goalkeeper, Charlyanna Johnson recorded 27 saves in the game, including a penalty kick. Johnson made her presence known throughout the game, saving as many shots as she could. Hennesi Rebolledo scored Liberty’s only goal of the day near the end of the game, giving the team a spark before the final whistle.

Liberty had not gotten a chance to scrimmage prior to their first game, so this was a way for them to see what they need to work on.

“We want to learn how to play with new teammates and get better with each game as the season goes on,” Liberty Girls Soccer Coach Anne Ramos said.

The Lady Indians were slated to play Seward Thursday afternoon, and their next game will be a league matchup against Fallsburg on Monday.