WASHINGTON D.C. — Former Narrowsburg resident Edward Jacob Lang, who participated in the Capitol building riots on January 6, will remain behind bars while his case is pending, U.S. District … 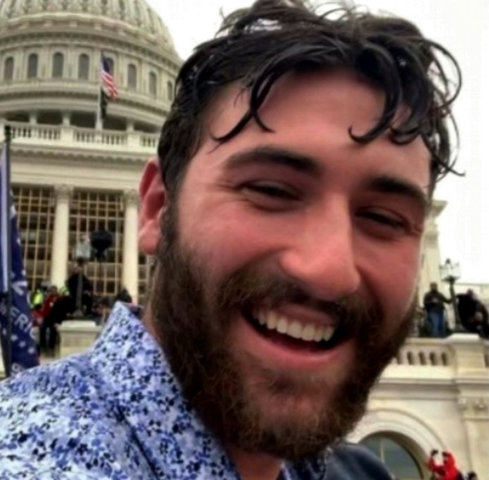 Lang was arrested in January and charged with multiple counts of assaulting a police officer, obstruction of an official proceeding, aiding and abetting, along with an act of physical violence in the Capitol Grounds or Buildings.

Lang has pled not guilty to all counts.

According to court documents, Lang petitioned in August to United States District Court for the District of Columbia to be released from jail, stating that his human rights were being violated.

Court filings by Lang’s attorney claim he has been “denied regular shower access, and getting an entire can of mace in his face while standing inside of the cell with photos and a bible in his hand. Lang’s other abuses include sleep deprivation, verbal abuse, and being denied the right to counsel.”

Lang also claimed he has “very little privileged communications” with his lawyers as he sits in a jail in Washington D.C.

Moreover, in his motion to the court, Lang said that he sits in his jail cell for 22 or 23 hours a day.

Lang also asked for a laptop to review discovery evidence that would be used in a trial.

Also, in the petition, Lang requested to be released to his father, Narrowsburg business owner Ned Lang who is willing to put as collateral two parcels of land totaling $100,000.

As previously reported in the Democrat, Lang is known to have grown up in the Narrowsburg area, and his father was a former councilman for the Town of Tusten.

The United States Government filed an opposition to Lang’s request to be released. According to court documents, Lang was caught on social media through photos and videos he posted of himself and through other accounts and stock photography participating in events of January 6.

In a video submitted as evidence, Lang can be seen “kicking at the officer as he is stuck up [against] a door,” said the United States Government in their court opposition to Lang’s release.

According to the court filing by the United States Government, Lang made an effort to organize and to disturb President Joe Biden’s inauguration.

In the opposition by the U.S. Gov., it states that Lang is a “danger to the community and flight risk.”

The Government also says Lang has access to a computer provided by the jail to review evidence.