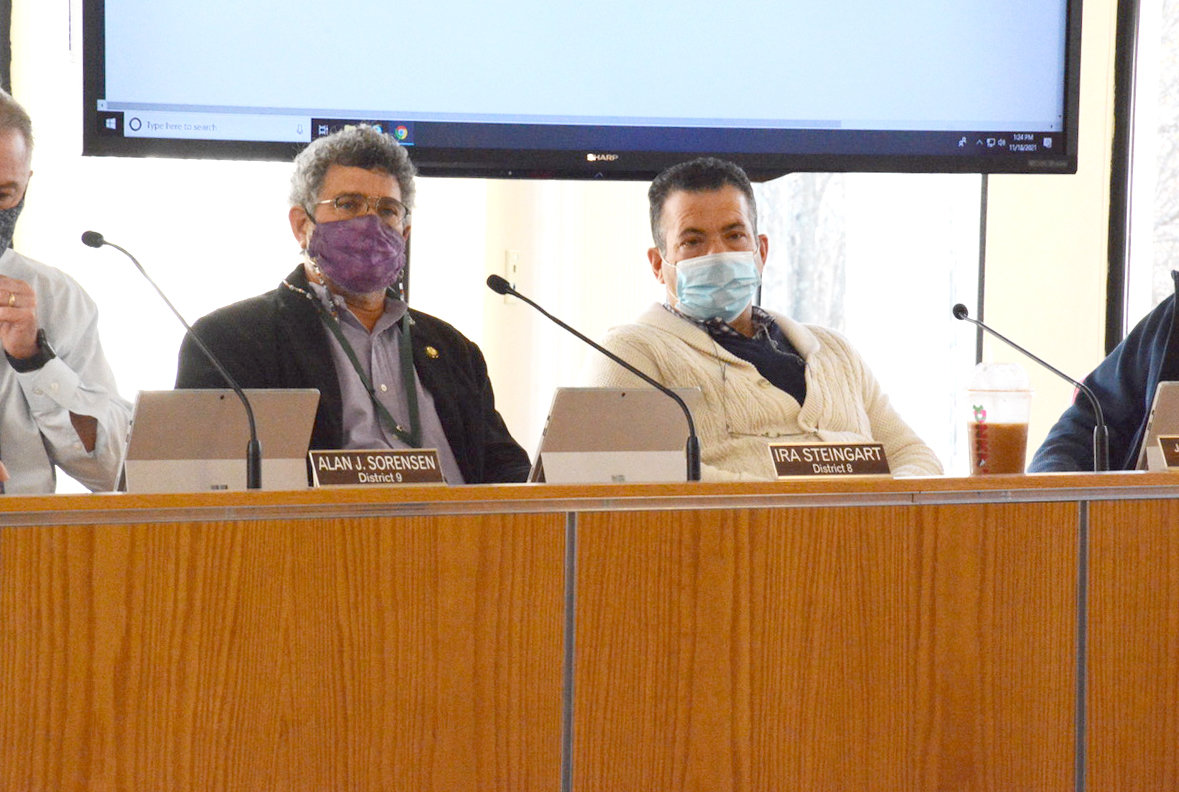 SULLIVAN COUNTY – Alleged events of the Town of Liberty Board of Assessment Review (BAR) meeting on November 2 were once again a topic of conversation at last Thursday’s legislative meetings.

Town of Liberty Supervisor Frank DeMayo issued a letter to the County on November 5 d​​etailing what he called “the inappropriate and unprofessional actions of certain county employees,” at the November 2 BAR meeting.

Legislative Chairman Rob Doherty, one of four county representatives at the BAR meeting, has since told the Democrat that he “vehemently and categorically” denies each of the allegations of misconduct contained in the letter and asserted that each member of the delegation at all times comported themselves professionally and appropriately.

DeMayo hand delivered and read a second letter during Thursday’s full board meeting of the County Legislature.

DeMayo said that while the County of Sullivan Discrimination and Discriminatory Harassment Policy does not specifically address county employee-related behavior outside the contingent of county employees, the Town of Liberty nonetheless expects the County to investigate “such behavior regardless of who was offended or where the alleged infractions took place.

“Your investigation should be consistent with your policy,” said DeMayo. “You may want to include in your investigation, a viewing of the surveillance recording in the Town's possession, taken from the entryway to the town offices. You may find some compelling evidence to back up the eyewitness accounts enclosed with my previous letter.

“But let me be clear. The Town of Liberty and Town Board of Liberty will not let this issue die on the vine without, at the very least, a written response from this legislative body,” added DeMayo.
Following the public comment period, several legislators expressed support of an investigation.

Deputy County Attorney Thomas Cawley told legislators the letter dropped off by DeMayo amounts to what he would call a personnel complaint, and that’s all that’s on the table at this point.

“If this body as the appointing officers of the employees, with the exception of the chair, are employees of the legislature,” explained Cawley, “it should be referred to personnel [Human Resources Department], if that's the prerogative of the body.”

Legislators Joe Perrello and Nadia Rajsz expressed dissatisfaction with that process, citing former complaints they’ve been involved in, where the investigations came back sealed.

“If you're going to have an investigation ... it shouldn't be anybody in this County making anybody’s determination,” said Perrello. “So no way am I agreeing to our HR, personnel or this body making any decisions on what happened. I experienced it firsthand and it doesn’t work.”

Cawley explained that if the conclusion of a complaint is unfounded, it has to be sealed.
Legislator Ira Steingart said that if the process is not satisfactory, it’s the legislature’s job to change the policy to get different results.

“But to discuss this now is not the place,” said Steingart, adding that they can talk about the process, but shouldn’t be talking about the specific situation.

Legislator Alan Sorensen concluded the discussion by saying that he supported, “ ... having an independent third party investigation,” regarding the Town of Liberty’s complaint.

Following a public hearing on Thursday, legislators, by an 8-0 vote, took action to authorize the Division of Planning and Community Development to apply for a 2021 Coronavirus Aid, Relief and Economic Security Act grant through the NYS CDBG Program. The Division of Planning will apply for the funds, and if awarded, administer the CDBG grant program for The Center for Discovery (TCFD).

Legislator Michael Brooks abstained from the vote, as he is an employee of TCFD.

The County is eligible to apply for up to $2,000,000 for eligible activities and has received a request from TCFD to apply on their behalf for air circulation improvements campus-wide.
According to the CDBG-CV Project Consultation Form posted on the County’s website, TCFD would use the $2 million to procure 600 TRI-KLEENTM 500UV units and related materials, which would significantly improve the air quality of indoor areas across the agency.

The form states, “Given the medically fragile population The Center for Discovery serves, these upgrades are essential for further preventing, preparing for, and responding to Coronavirus.” It also said that TCFD has the internal expertise and staffing necessary to install and maintain these units.

Tax Liens
In a Petition and Notice of Foreclosure from the County, which ran in the Legal Notices of the Tuesday, November 16 issue of the Democrat, properties with 2020 liens on them were listed.

Grahamsville resident Kenneth Walter brought up the matter during public comment of Thursday’s full board meeting.

“We’ve got the $226,000 [school tax] fiasco. We have the name calling and intimidation at Liberty, and here we go with a third thing, that he [Doherty] can’t pay his taxes and he’s leading us,” said Walter. “...this is our fearless leader, setting an example for all of us in the County.”

Doherty told the Democrat on Thursday that he wasn’t going to comment on his personal finances. “It has nothing to do with my job as Chairman [of the Legislature],” he said.