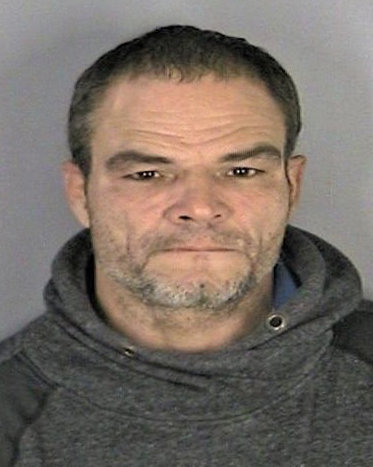 SULLIVAN COUNTY — On Thursday November 11, 2021, the Sullivan County Sheriff’s Office in conjunction with the Liberty Police Department and New York State Parole executed a search warrant at 111 Mill Street in the Village of Liberty. Arrested at that location was resident Robert L. Dunn, Sr, age 47, who is a level 3 sex offender. The suspect is accused of failing to register his internet accounts as required by law and allegedly used an app known as “Surge” to conceal his identity. Dunn was previously arrested in May of 2015 when he went to a residence on Emily Street in Monticello to meet a 15-year-old boy that he had solicited for sex on Facebook. The 15-year-old who he was communicating with turned out to be an undercover deputy sheriff. Dunn was already a level 2 sex offender at that time. As a result of that incident, Dunn served 3 years in state prison and is currently on 15 years of parole. In Thursday’s arrest, charges were filed by both the Liberty Police and the Sheriff’s Office. He was arraigned before Liberty Town Justice Harold Bauman and sent to the Sullivan County Jail without bail, pending a November 16th court date. State Parole officers have also lodged a warrant against Dunn alleging a violation of parole.

Sheriff Mike Schiff said that law enforcement has a difficult job when it comes to keeping track of sex offenders that have been released into our communities. He thanked The Liberty Police, the Sullivan County District Attorney’s Office as well as the State Parole Officers who worked diligently on this case.

Arrested for patronizing a person for prostitution