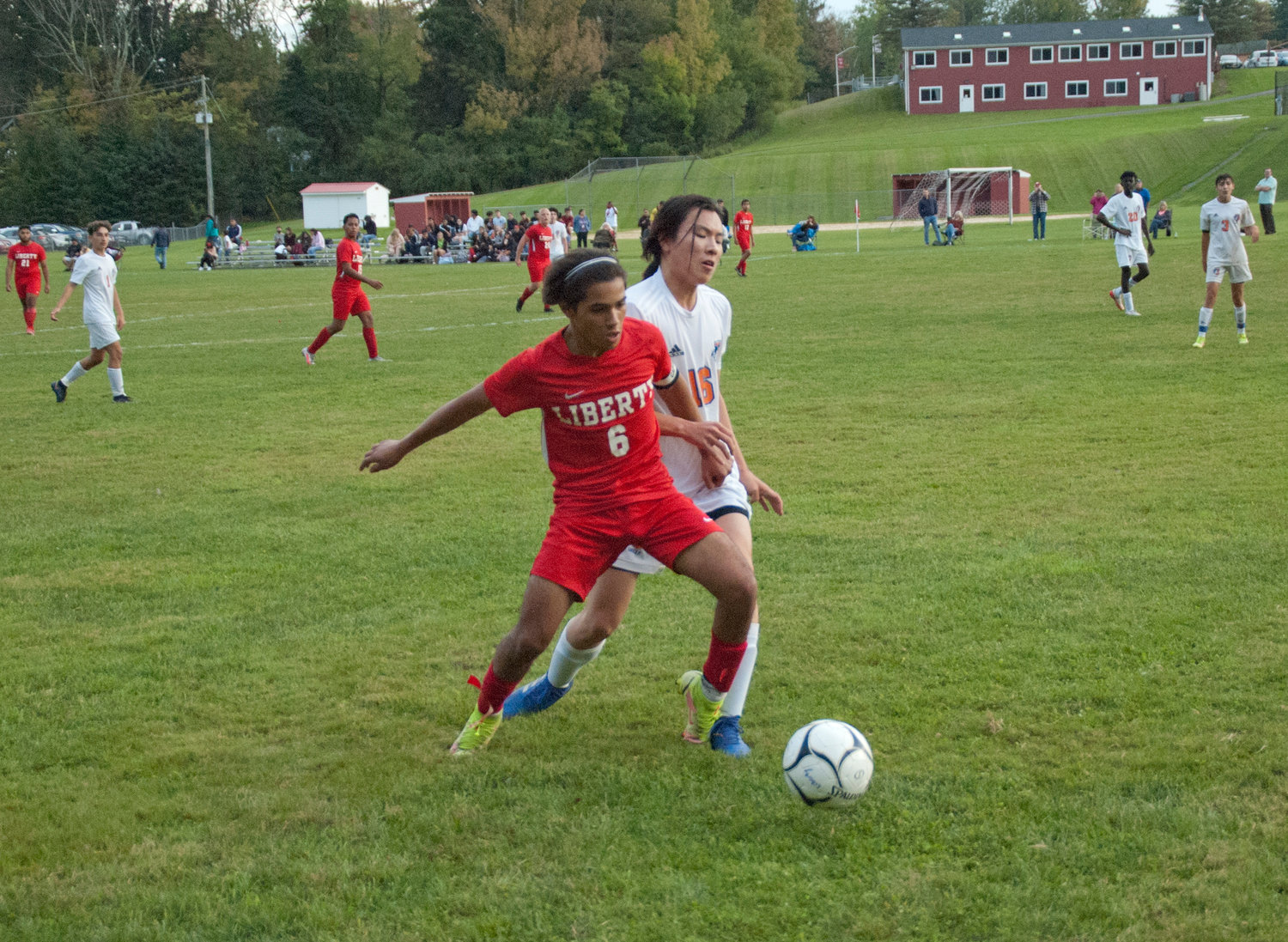 Yucevin Canales fights off a Chester defender as he methodically advances the ball on the near sideline. Canales notched three goals during Tuesday’s non-league matchup, and has had a lot of success in the early part of the season.
Anthony Morgano | Democrat
Posted Friday, September 24, 2021 6:20 am
Anthony Morgano

LIBERTY –– The Liberty Indians boys’ soccer team is rolling, earning their third straight non-league victory on Tuesday afternoon. From the opening minute of the game, Liberty found open opportunities to score and push the action into Chester’s half of the field, and they made it look easy as they dominated the game 6-0.

In all facets of the game, Liberty seems to be fully engaged early into the season.

Yucevin  Canales completed the hat trick, scoring three of Liberty’s six goals. Scoring a hat trick is one of the hardest things to do in soccer, but it seems like this Liberty offense is capable of putting one on the scoreboard at will. Aside from Canales, Anthony Liaguarima, Lewis Paz, and Logan Danzillo all contributed with a goal of their own.

In the assist column, Chase Racette had two, while Canales and Liaguarima each added one assist.

With the win, Liberty’s record sits at 4-1, all five of which are non-league matchups. As of presstime on Thursday, Liberty is scheduled to host their first league matchup of the season against the Fallsburg Comets.