LIBERTY –– The visiting New Paltz Huguenots (2-2) defeated Liberty, 24-0, on Saturday. The Huguenots came into the game with positive momentum after beating Marlboro. The Indians now fall … 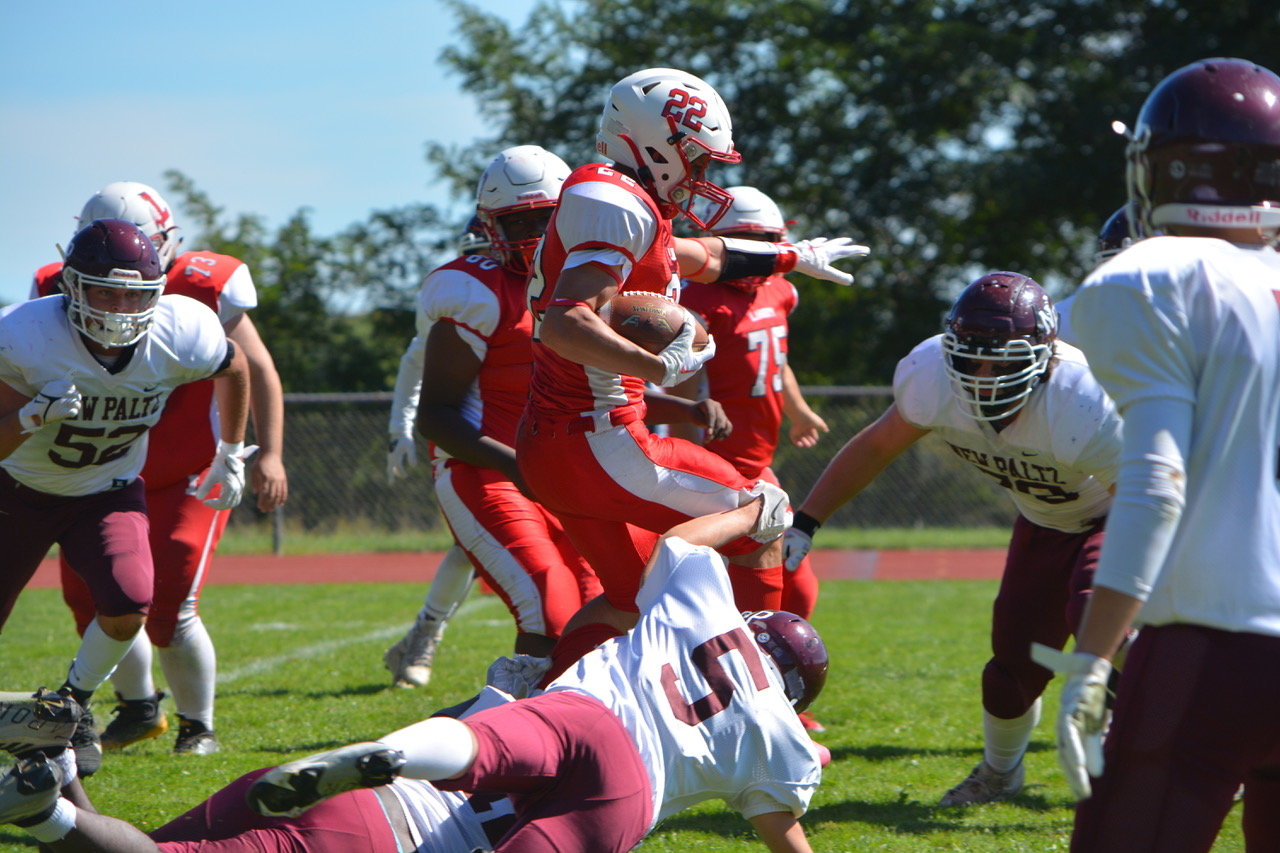 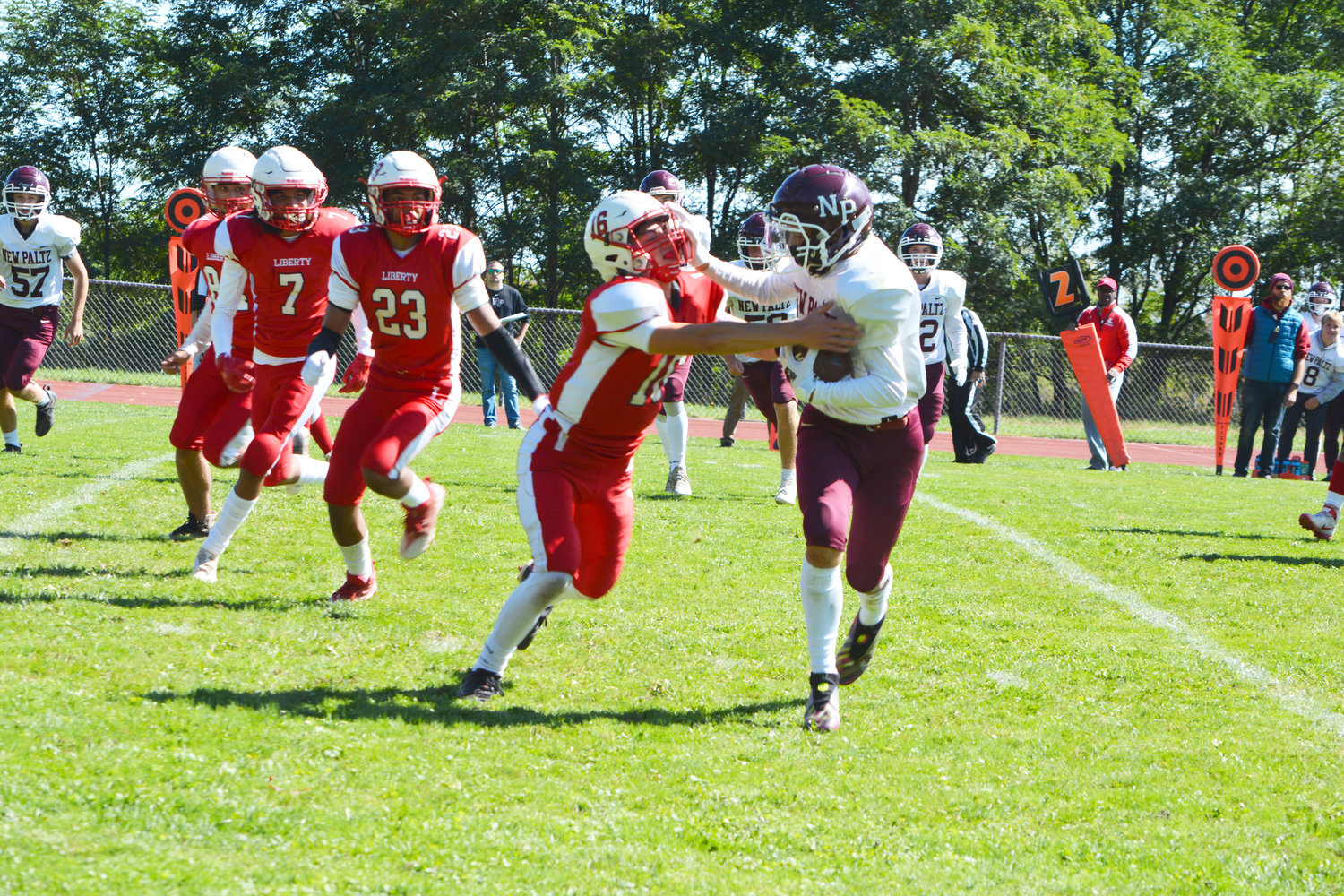 Liberty’s Tanner Bury, left, uses his strength to take down this New Paltz player. He would be assisted on the tackle by Cody Ricco.
Joseph Abraham | Democrat
Previous Next
Posted Tuesday, September 27, 2022 6:20 am
Joseph Abraham

LIBERTY –– The visiting New Paltz Huguenots (2-2) defeated Liberty, 24-0, on Saturday. The Huguenots came into the game with positive momentum after beating Marlboro. The Indians now fall to 0-3. Neither team scored in the first quarter as it was a defensive battle early. However, New Paltz capitalized on a Liberty miscue in the second quarter, when a mishandled snap went over the punter’s head for a safety. The Huguenots scored on the next drive and took a 10-0 lead into halftime.

The Indians, who’ve only scored 14 points in three games, continued to struggle on the offensive side of the ball in the second half, while New Paltz tacked on two more touchdowns for the 24-point victory. New Paltz senior quarterback Tony Drewnowski and junior running back Justin Coiteux led a tough to stop Huguenots’ ground game.

Liberty will have another tall task on Friday night when they travel to Port Jervis to face a red hot and undefeated Raiders team.